“The living and its energy” – Call for artists’ creations 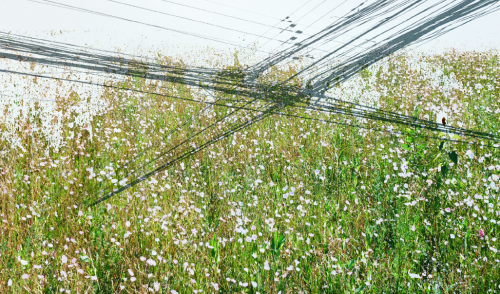 The living and its energy

In the framework of the year Le Nôtre 2013 (City of Versailles), a multidisciplinary team of researchers invite artists to explore a new field of research on the grounds of the INRA in Versailles

Deadline for submission of projects: January 6, 2013

Faced with the energy crisis, a new way of thinking about energy is emerging. The energy of the living is a major component, which goes far beyond the strategies of agrofuel and biomass production. The living world is irrigated by energy circulations in which we bathe without being aware of it: condensation of solar energy into organic matter (photosynthesis); water cycles (evapotranspiration of plants, production of clouds and rain, dew); natural air conditioning (coolness released by vegetation into the soil and air); release of heat (rotting and fermentation of fallen leaves, composting)… Basically, our changing sensory experiences throughout the seasons (in the shade of a tree, for example) are the most direct evidence of the scope of the energy released by the plant, animal, mineral and water components of our living environments.

The objective of the research program developed at the INRA Centre of Versailles-Grignon is to make art and research collaborate to make this bio-energetic intelligence sensitive and to create a new interface between society and energy. A meeting ground for artists involved in ecology and researchers, this program also includes a transdisciplinary experimentation site for students. The exhibition of the selected creations will be accompanied in May and June 2013 by forums-debates with the public and a restitution of the whole program will take place during a seminar planned at the end of 2013. As examples of artistic exploration of the energy flows that irrigate the living world, we can refer to the works mentioned in the appendix.