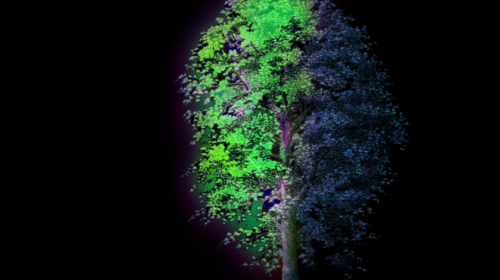 The Domaine départemental de Chamarande, in its capacity as a center for
an artistic and cultural organization known for its participative proposals and its commitment to the issues of “sustainable culture”, presents an artistic installation in the Montsouris park at the invitation of the artistic direction of Nuit Blanche.

With the collaboration of COAL. 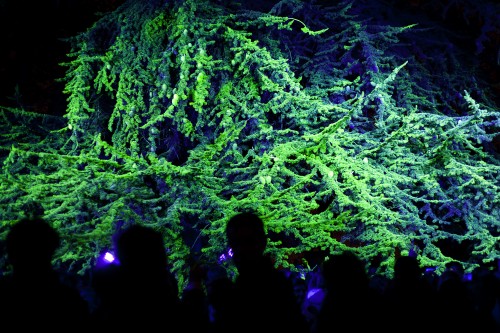 Radiant Tree is a new creation – thought and produced especially for the Nuit Blanche 2014 – proposed by the collective Hehe: an ordinary tree implanted in a public garden is transformed into a bright luminous entity. Illuminated by ultraviolet light, the foliage of the tree impregnated with a fluid glows in the night. 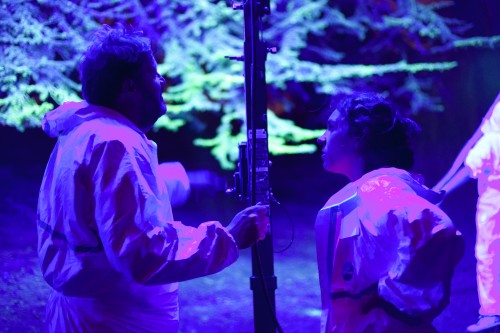 The green fluorescent tree evokes the contamination of nature by urban pollutants, radioactivity or utopian technologies of the future such as bioluminescent trees known as “glow in the dark” whose luminescence is made possible by genetic modification. This electric green color is the color used for advanced experiments in new technologies, ecology and toxicity. 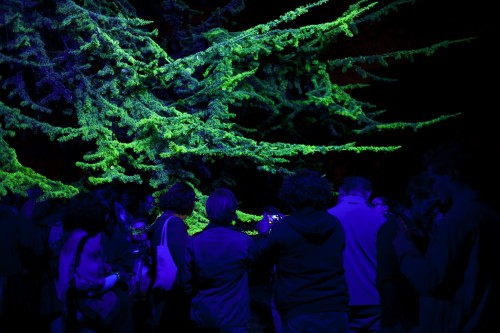 The metamorphosis of the tree creates an imaginary space, open to contemplation, which evokes the relationship of man with nature. The work strangely activates the park, itself an artificial space and imitation of nature, designed so that city dwellers can experience a form of nature imitated and designed for their leisure.

Saturday, October 4th, 2014
RDV Parc Montsouris (XIVth district)
Come and discover this view from 7pm to 2am!
A green lung in the heart of the city, the parks and gardens of Paris often offer a peaceful landscape of the meeting between man and nature with, as great witnesses, the trees. And if at night, by some benevolent alchemists, they illuminated our imagination… 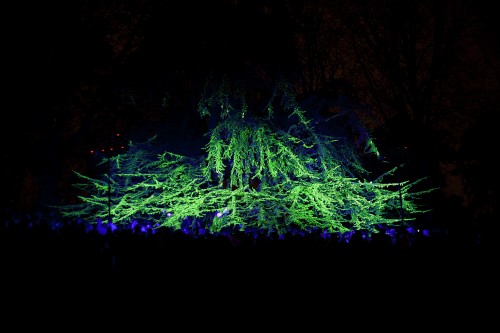