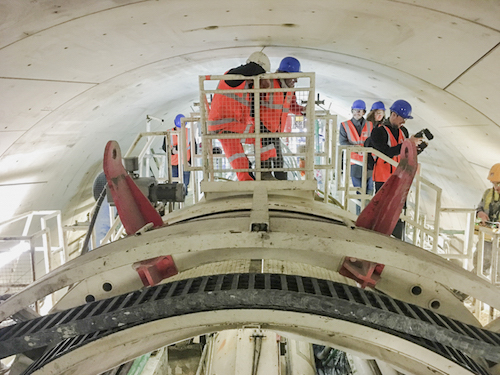 After being exhibited at the Venice Biennale, Cumulus Subterraneus by the Sols Fictions institute, supported by COAL and the Chaoïde collective and represented by the artists Yesenia Thibault-Picazo and Anaïs Tondeur, will be presented at Le Bourget on October 13 and 14 during KM4, an event organized for the launch of the work on line 16 of the Grand Paris Express!

Cumulus Subterraneus is a creative and participative investigation led for a year by a collective of artists, designers, scientists and curators on the lands of Seine Saint Denis to accompany and share the construction site of the Grand Paris Express with its residents. The first stage which took place in Le Bourget with the participation of the children of the Jean Mermoz school is presented during KM4.

In 1952, the cloud chaser Roberta Jensen discovered a mysterious phenomenon in the underground of Seine-Saint-Denis. On the occasion of the Greater Paris construction sites, the Sols Fictions Institute resumes its investigation on the traces of the Cumulus Subterraneus, a meteorological event unknown until now. A group of explorers made up of scientists and artists set out on its tracks and invited the inhabitants, like tornado hunters, to track this phenomenon, follow its tracks to get as close as possible, make contact with it, even capture it. Their method of investigation is that of the tracker, borrowing his tools, his vocabulary and his techniques.

This investigation on the traces of the “Cumulus Subterraneus” is deployed from sites of the construction site of the Grand Paris Express associating schoolchildren and inhabitants at the edge of the fiction and the geological specificities of the subsoil of Seine-Saint-Denis. At the crossroads of art and science, through a series of installations, performances, workshops, videos, texts and objects, between fiction and experimentation, Cumulus Subterraneus proposes a new poetic approach to life under the ground at the time of the Grand Paris Express and the Anthropocene.

The Sols Fictions Institute is supported by COAL and the Collectif Chaoïde, within the framework of the Chantiers Partagés de la Société du Grand Paris, under the artistic direction of José-Manuel Gonçalvès of the Cent-quatre Paris. 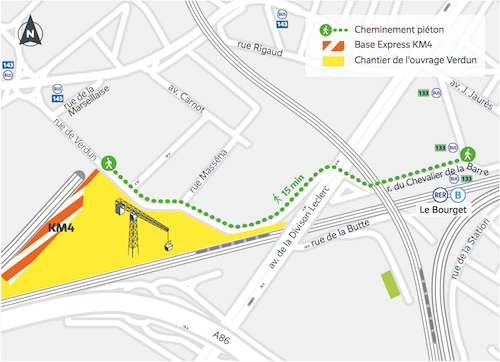