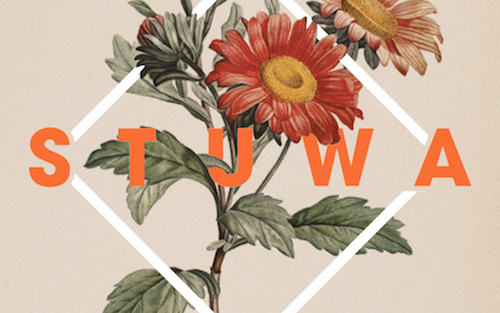 Born from the initiative of the Sundgau region in 2015, STUWA, the Sundgau Art and Nature trail, is strong of 23 works spread over a territory federating 108 communes, STUWA is distinguished not only by its specific participative method which associates communes, inhabitants and artists, but also by the popular success of this contemporary art approach in rural areas. The success of its attendance from the first year, the creation of works associated with the route by other actors of the territory, and the renewed will of the communes to perpetuate the presence of the works confirm the anchoring of STUWA on the territory.

For this fourth edition, STUWA is reinforced by an international opening in an inspiring dialogue with Denmark. Six artists, including two Danes, were invited this year to explore the theme of energy: an essential issue for this Positive Energy Territory for Green Growth.

Five works, selected by the municipalities under the artistic direction of COAL, explore the various facets of energy. 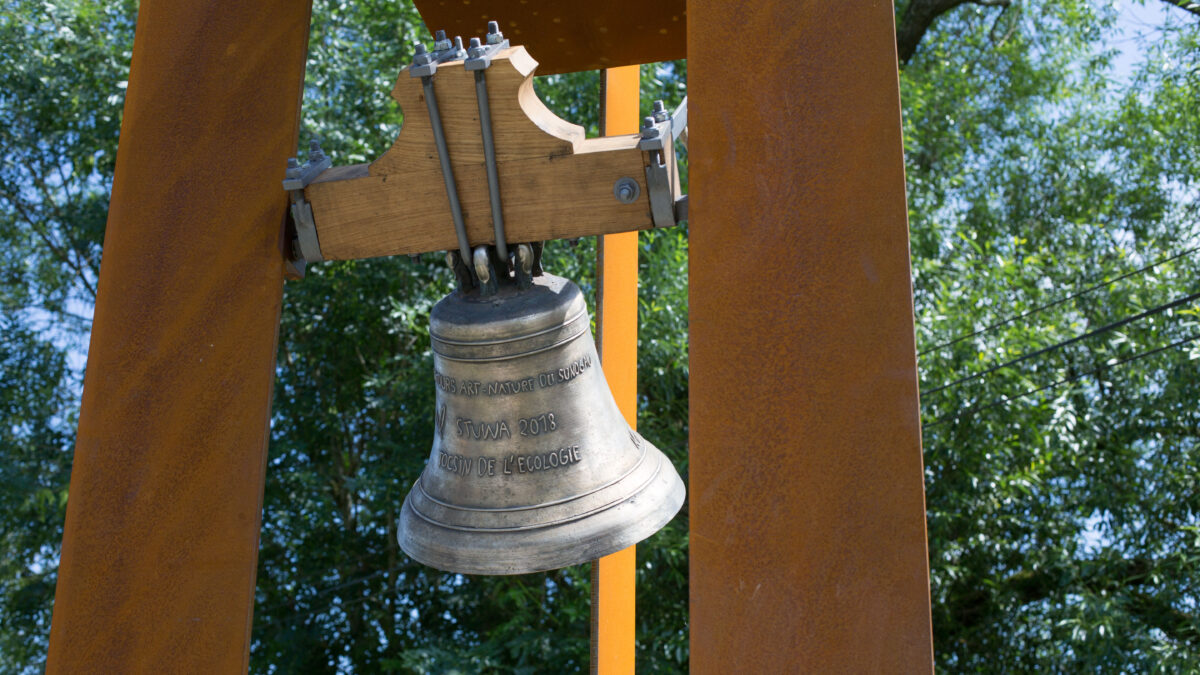 The wind has particularly inspired the artists. Vindblikket, the installation by Danish Mathias Bank and Studio Bastark attempts to capture its invisible force and its interactions with its environment. Wendfàwrek by Jonathan Naas stages an absurd perpetual cycle between a wind turbine and a fan trying to power each other. Finally, Elemental, the poetic installation by Laurent Gongora, twirls under the effect of gusts of wind and pays tribute to the driving forces of nature.

Energy is also revealed figuratively, in the collective ardor, which pushes to action. Charlène Chemin’s “Le tocsin de l’écologie ” invites young and old to gather around a bell to sound the climate alert.

Finally, the fifth work, by Stéphane Ruch, selected by the municipality of Durmenach, invites to combine collective energy and green energy by the realization of The Common Flame, a luminous sculpture in the public space powered by communal waste. 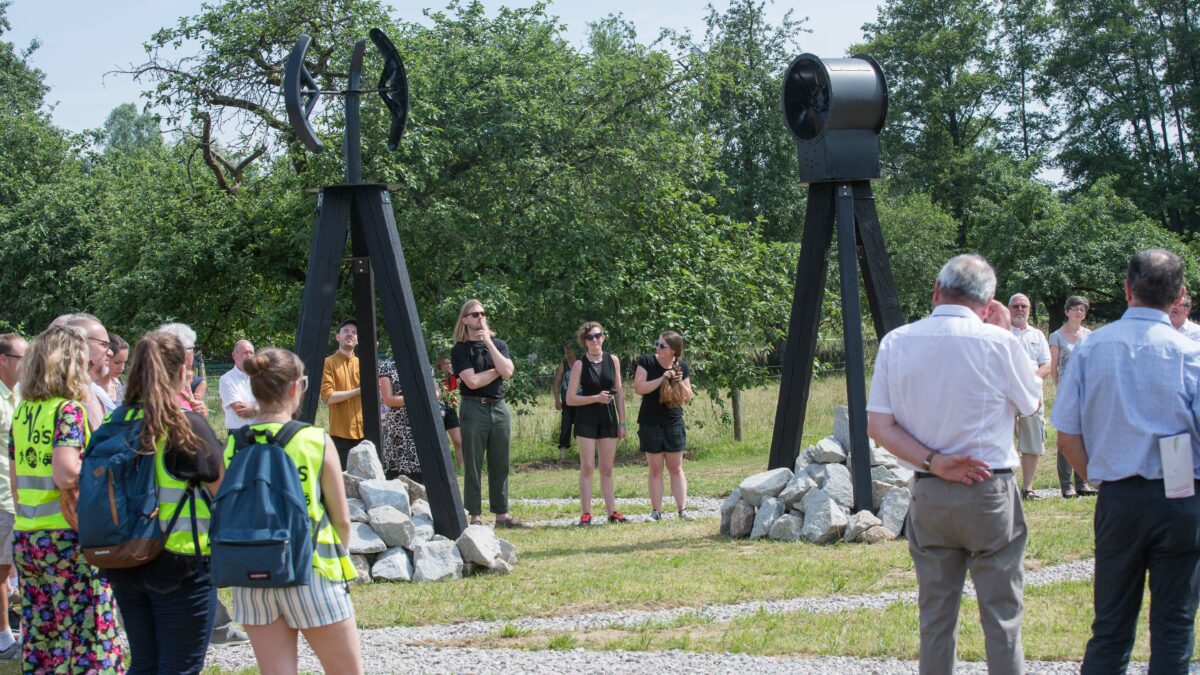 The Stuwa was the living room of the traditional Sundgauian house. It is in this place of gathering and exchange that the language, the stories, the history and the cuisine, in short the culture of the territory, was forged and shared.

The Art and Nature trail in the Sundgau, which takes its name, proposes to generalize the exchanges between the inhabitants and the visitors. The works of art of this annual journey become so many collective Stuwa, which reflect the cultural and geographical wealth of the territory. The imagination of artists gives nature a new dimension, at a time when questions of sustainable development and ecology have become crucial for the future. Each work participates in the renewal of our view of the environment, nature and the strength of local identity, thanks to the sensitive and original interpretation of the Sundgau territory by the invited artists.

By creating STUWA, a contemporary art trail in its villages, the Sundgau renews its reflection on the landscape, ecology, public space and local life by drawing on its history to look creatively to the future. 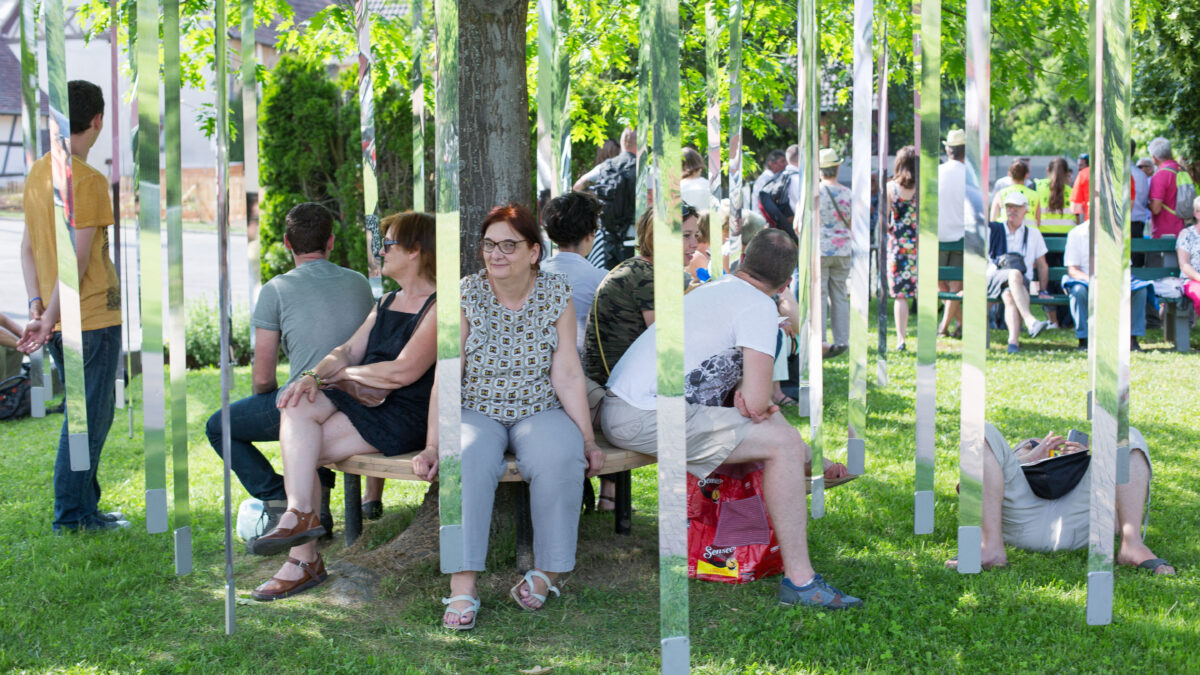 The new works will be unveiled on Sunday, June 3, 2018. Visitors will be able to sign up for Stuwa Circus IV, a bus tour to discover the works. Each stage will be an opportunity to meet the artists around a festive moment animated by each participating commune. The departure will be from Altkirch station at 8:45 am for a return around 7:15 pm.