The COAL Art and Environment Award 2016 yesterday awarded the artist Angelika Markul for her project Tierra del Fuego. The ceremony of this seventh edition of the COAL Prize organized at the Ministry of the Environment, Energy and the Sea, was inaugurated by the Minister Ségolène Royal who recalled the essential role of the artists to renew our relationship with the nature. Angelika Markul has been distinguished by a jury of personalities of contemporary art and ecology among ten nominated artists.

The COAL Art and Environment Prize is the international meeting place for visual artists who take up ecological issues and contribute through their creation to the construction of a sustainable world. This year again, nearly 250 artists from 46 countries representing six continents competed in an international call for projects. Placed under the high patronage of the Ministry of Environment, Energy and Sea and the honorary presidency of Mrs. Ségolène Royal, Minister of Environment, Energy and Sea, in charge of international relations on the Climate, the COAL Prize 2016 was awarded on October 12 to the artist Angelika Markul for the project Tierra del Fuego, during a ceremony organized in Paris at the Ministry of the Environment, Energy and Sea, with the support of the European Union and the Imagine2020 network, the Ministry of Culture and Communication, the Museum of Hunting and Nature and the François Sommer Foundation. 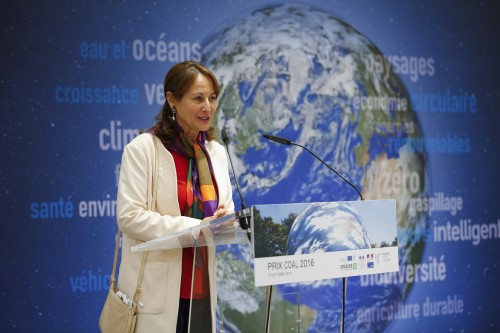 Angelika Markul cultivates the desire to film and sublimate in a monumental video installation the progressive disappearance of the glacier of Tierra del Fuego. This exceptional archipelago, made up of a main island and a multitude of small islets, is located at the extreme south of the American continent between Argentina and Chile. This landscape is disappearing, just as the Amerindian civilization that lived there for twelve thousand years disappeared, decimated by the Europeans. Tierra del Fuego confronts the extinction of civilizations and their traditions with the future erasure of landscapes caused by climate change. Through digital manipulation of the image, the artist makes visible and accelerates the process of the glacier’s melting, creating a new landscape that belongs only to the mind of the viewer. This sublimation of danger challenges the viewer with modesty, sensitivity and poetry. In parallel, the artist summons a series of phenomena and influences which, together, compose a symphony of the end of the world: drawings evoking the lost traditions of the yagans and the alakalufs, these nomadic fishermen of Tierra del Fuego; the mylodon, this endemic prehistoric animal now extinct; or the Iluvia lenta (“slow rain”) by the Chilean poetess Gabriela Mistral, which calls for a necessary reconnection with mother earth. 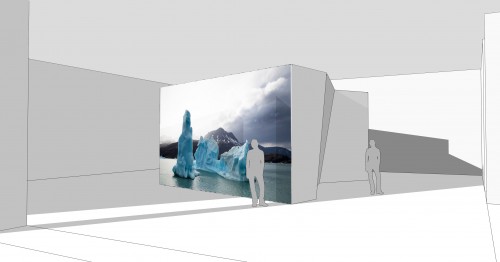 The soundtrack, on the other hand, evokes two exceptional sound phenomena: a powerful and eerie trumpeting sound, which no one knows whether it comes from the earth or the sky, that has been heard and filmed by people all over the world and spread like wildfire on the web and in the media; and the recent recording by Nasa of the sound of the earth. Tierra del Fuego sublimates the current tensions between science, spirituality and environmental crisis, through a multi-media installation that envelops the viewer in an ambiguous, complex and dark world.

The winner of the 2016 COAL Art and Environment Prize receives a 5,000 euro grant and a residency at the Domaine de Belval, property of the François Sommer Foundation, along with additional financial support for production.
www.fondationfrancoissommer.org 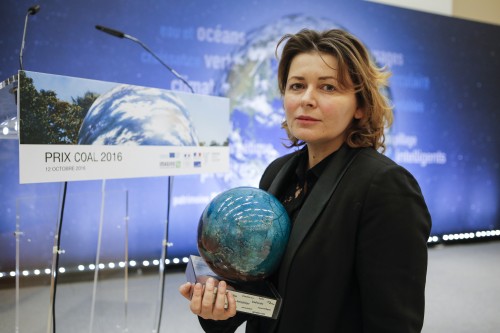 Jury 2016
Under the honorary presidency of Mrs. Ségolène Royal, Minister of the Environment, Energy and the Sea, in charge of international relations on the Climate