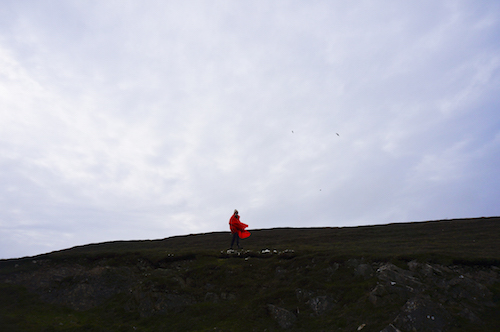 The 2018 COAL Prize will be awarded on October 24 at 6:00 pm, at the Museum of Hunting and Nature, in Paris. The ceremony will be preceded by a meeting organized in partnership with the Ministry of Culture recounting ten years of art and ecology and followed by an action of artists Lucy + Jorge Orta. Coal is also presenting until December 2 in the rooms of the museum, the exhibition Tierra del Fuego by Angelika Markul, winner of the 2016 COAL Prize. These events are the occasion to celebrate the ten years of the COAL association.

For a decade, COAL has been committed to working alongside artists who wish to give culture its rightful place as a vector of change for an ecological and solidarity-based transition. The global ecological crisis is now affecting all societies, territories and activities, whether through climate change, resource scarcity, various forms of pollution or the erosion of biodiversity. A global crisis that is intertwined with its economic and social consequences. But this crisis is also a cultural crisis. The dominant values and representations, our globalized culture, determine our individual and collective behaviors, and ultimately our collective impacts on the Planet. Therefore, the solutions to this crisis can only be political and technical. Culture can be a major player in this. This is what COAL has been promoting since its foundation in 2008.

This year, on the occasion of COAL’s tenth anniversary, we are witnessing the beginnings of a renewal of the committed movement that continues to give meaning to the COAL Award. In ten years, it has become the international meeting place for artists who take up the main universal issue of our time: ecology. This year again, more than 350 artists from 66 countries representing six continents competed in an international call for projects. The ten nominated artists were selected for the aesthetic qualities of their proposals, their relevance to environmental issues, their inventiveness, their ability to transmit and transform, as well as their social and participatory approach. Together, they demonstrate how creation, in its diversity of forms and actions, is an essential force for building the future of our societies.

PROGRAM FOR THE AFTERNOON OF OCTOBER 24

4:30 pm: meeting Ten years of art and ecology looking back at the beginnings and evolution of a real movement with Nathalie Blanc, Ewen Chardronnet, Thierry Boutonnier and David Lescot. Moderated by Raphaël Abrille.

From 6:00 pm: Antarctica World Passport. Lucy+Jorge Orta reactivate the Antarctica passport distribution office in the rooms of the museum where theexhibition Tierra del Fuego, by Angelika Markul, winner of the 2016 COAL Prize, is also held until December 2, 2018.

This evening is part of the cycle of nocturnes on the imaginary of the melting ice presented by COAL at the Museum of Hunting and Nature.