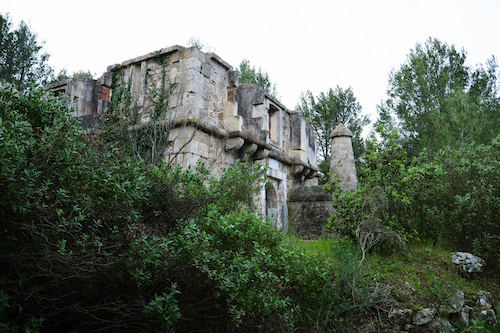 Victor Remère was born in 1989 in Chaumont, France. He lives and works in Toulon, France.

A graduate of the École Nationale Supérieure d’Art et de Design de Nancy and Concordia University in Montreal, Canada, Victor Remère participated in 2013 in the first session of the “Creation and Globalization” post-graduate program in Shanghai. There, alongside the artist Paul Devautour, and the economist Yann Moulier-Boutang, he defines his practice of art as a practice of the world. To make work within a popular market, to study the “tropicalization” of the Mediterranean coast by the massive introduction of exotic plants during the second half of the 18th century, to create a “low tech” clock which connects the fruits of the harvest to the passage of time in a farm, so many new formats of intervention guided by the concern to tie up links apart from the instituted frameworks of the art Sensitive to the richness of landscapes, he continues his research, his work and his explorations by observing the impact of human activity on the fauna and flora.

PROJECT NOMINATED FOR THE COAL 2020 AWARD : THE UNHARMED OF ART

By “sanctuarizing” large areas dedicated to army maneuvers and exercises for 150 years, military lands, with highly regulated access, have escaped urban sprawl, land speculation, certain modes of intensive agriculture, and industrialization, while being subject to maintenance and minimal human intervention. These conditions of conservation of natural spaces, represent a major interest for the preservation of flora and fauna, and make these territories remarkable reservoirs of biodiversity. Couldn’t we imagine that these territories could become models of eco-management and a favourable soil for the germination of new defence strategies, this time in the service of our precious biodiversity?

Victor Remère leaves to discover these places, in particular those of the Presqu’île de Saint-Mandrier, in the small bay of Toulon. In cooperation with the French Navy, which manages them, it strives to create “laboratory zones”, combining scientific research, artistic practices and agricultural know-how in the service of the preservation of life. Among these devices, Victor Remère wishes to install connected wild beehives, conceived as artistic, scientific and artisanal objects.

The heart of the project, and its process, consists in making social practices compatible, by seeking to affirm that an artistic intervention can preserve its autonomy and keep its specificity, by escaping the protected spaces of the institutions, by appearing where it is least expected, while inviting to its realization those who are generally the most distant from the practices of contemporary art: “the untouched by art”.

Describe your current environment, how do you live this covid-19 era? How does this situation influence your artistic process?

The confinement, I lived it alone, on the third and last floor of a rather spacious apartment which does not include neither garden, nor balcony, in the old center of Toulon, 500 meters from the Port. If I feel the absence of the people who are close to me, the spaces of nature, the sea where I practice apnea and surfing, the mountains, the forest, where I gather, walk, breathe, are also missing from my balance. This isolation is a unique experience, a challenge, a lesson. I compare it to a form of exploration, with its share of difficulties, pitfalls, discouragement, but always the reborn desire of a result. It is the experience necessary for the invention of new gestures, the clearing of new personal and artistic territories… Field actor, my approach of art is the practice of the world, then, if this constraint of the isolation refrains my activity, the origins of this crisis, the destruction of the natural habitats, reinforces considerably my will to make live this project The unharmed of art. Today, more than ever convinced of the interest that there is, to develop the biological and naturalistic benefit of these micro territory sanctuary.

I grew up in Haute-Marne, regularly looked after, with my brother, by my maternal grandparents who lived in the small village of Clinchamp, with less than 200 inhabitants. We crossed the street to get the milk at the farm, we fed the rabbits that my grandfather raised, we participated in the affouages, we tended the vegetable garden, and we walked, a lot, in the middle of the fields, the forests, the farms. I learned to recognize trees, edibles, certain flowers… moreover, to discover the “Living” in all its definition.

What inspired your project? How did your interest in the subject come about?

It was during a residency conducted on the Mediterranean Coast in 2016 that I became interested in the desire to “tropicalize” the region during the second half of the 18th century. The resulting work, “Planting the Scene,” is a testament to this massive introduction of exotic plants to attract the first major “resort tourism” in modern history. Sensitive to the richness of the landscapes of this region, located between land and sea, I continue, in 2018, my research, my work and my explorations, observing the impact of human activity on the fauna and flora. Studying these spaces with my eyes as one studies a map, before planting the point of a compass to define a zone of prospection and action, I discover, with great enthusiasm, that there are still sectors that are difficult to access, but where wildlife abounds: adventures within reach! As surprising as it may seem, these preserved natural spaces are due to the historical presence of the army in this region. Untouched by human intrusion for 150 years, these territories constitute reservoirs of remarkable biodiversity.

How did the collaboration with the Navy start?

I obtain in 2019, the support of the DRAC- PACA, in order to engage a research work on these “conservatory spaces”, in the form of a “creation aid”. This confidence, granted by the deconcentrated services of the State, and the support of local political and cultural actors, allowed me to get in touch with the Maritime Prefecture of Toulon, through its “environment” Pole. The military authorities of the French Navy welcome my proposal with great interest and availability. Following numerous exchanges and several explorations of the military grounds of the peninsula of Saint-Mandrier sur Mer, forming the southern part of the small bay of Toulon and covering several hundred hectares, we have selected in cooperation with the army, some of these wild spaces. They will be called upon, within the framework of my work, to become “laboratory zones”, at the crossroads of the fields of research, artistic practices, and agricultural know-how, and whose objectives will lead to the invention and development of strategies to defend this fragile biodiversity. Alreadỳ devices are under study, developed in partnership with the university, in co-construction with the City- lab (Toulon), beekeepers, teacher-researchers and the participation of local craftsmen.

Could you explain to us the title “the unharmed of art”, which refers to practices outside the artistic milieu ?

The paradoxical union, at first sight, of art and armies turns out, in fact, to be a complementarity of competences: the one, to federate social practices, to invent new languages, the other, to commit itself for the defense of a major cause, on micro territories for which it has the responsibility, to use the extent of its means of action and to put its organizational qualities, its know-how, in the service of the aimed objective.
This “circulation of knowledge”, associated with a common issue, in this case “the ecological challenge”, can illustrate an awareness of the possible interactions between many fields, by confronting sometimes unexpected interlocutors. Exchanges favourable to the construction of a collective narrative and to a mutual human enrichment.

Given the current situation, this question is difficult to answer. Utopia would like us all to give meaning to what we do. As Albert Camus wrote in “The Myth of Sisyphus”, at the end of the book, “one must imagine Sisyphus happy!