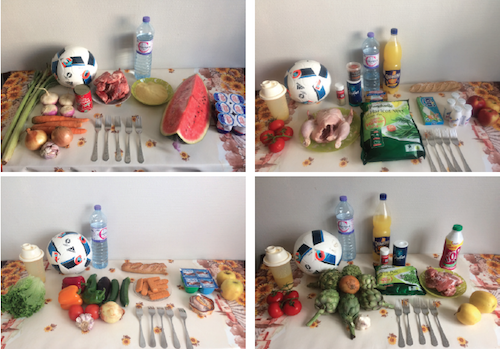 Developed by the artist Thierry Boutonnier, the researchers Julie Le Gall, Olivier Hamant, Adrien Baysse-Lainé, the teams of the MARGUERITE program, and about fifteen colleges mainly in Vaulx-en-Velin, the research-creation Selfood / Sugar Killer explores the stakes of sustainable food in the Lyon metropolis. This research was initiated and is led by COAL and LADYSS in the framework of the second edition of our Laboratory of Sustainable Culture The Table and the Territory. Happy winner of a residency at the ThalieLab in Brussels and of a support from the FNAGP, after having benefited in 2017 from the support of the Carasso Foundation, Thierry Boutonnier and the whole team are working on the realization of several appointments around this project.

As part of the Sustainable Culture Lab #2 The Table and the TerritoryThierry Boutonnier, artist, in close collaboration with Julie Le Gall (teacher-researcher in geography, ENS of Lyon, Laboratoire Environnement Ville Société) and in link with the researchers Olivier Hamant (INRA), and Adrien Baysse-Lainé (Lyon 2 / INRA), launched the project Selfood / Sugar killerA collective exploration of the food cycle of a territory (from production to consumption) by questioning the differences between the perceived (cultural), displayed (economic), social and ecological value of food, for products grown and produced and products consumed.

The food issue has, to a large extent, shaped and structured our territories through local food production methods, the issue of terroir and vernacular cultures. The stakes of food, at the scale of a territory, gathers inhabitants, local communities, associations and private actors who exchange, and build a culture, a food behavior which becomes not only a material key of their impact on the territory, but also a symbolic and powerful way of acting.

The study of the cultural representation of our food is in this sense essential. It shows today a gap between a gastronomic culture of “terroir” and a reality of food production disconnected from the territory; a food of “pleasure” too meaty, too rich, generating waste that does not take into account either the food cycles or the current needs of a more sedentary population, aging and living in a world more constrained in resources; an inadequacy of our practices with the climate change to come that will reshuffle the cards of agricultural production. There is also a great disparity in access to quality food circuits, “local food deserts”, and a cultural or geographical break between “disadvantaged” urban areas and agricultural areas.

From this geo-socio-political approach, the Selfood / Sugar killer project starts from the idea that sustainable food is linked to the awareness of the value of food. To better understand how our food landscapes are elaborated and what constitutes them, Thierry Boutonnier and Julie Legall imagined a protocol to better make visible the cartography of our food landscapes in order to contribute to transform them.

From the constitution of a catalog of hundreds of selfoodThierry Boutonnier’s work is based on a series of self-portraits of their daily consumption made by schoolchildren (developed by the MARGUERITE program, an action research project that aims to critically raise awareness among teenagers of the problems of sustainable agriculture and food, led by Julie Legall). He elaborates the representation of our mental maps of food places, and the account of the nutritional, symbolic and economic value that we attribute to food, compared to their real values. He is also interested in the study of the land value of market gardeners, compared to the value of what they produce, in connection with the research of Adrien Baysse-Lainé.

Between self-portraiture and mental representation of the bundle of relationships that unite us to the environment, the project wants to make visible the physical continuity that links our bodies and our environments through the flow of food, by rewriting a certain history of the art of portraiture and landscape.

The objective is to achieve a final restitution of the project in an exhibition dedicated to food. The staging of this network of complex interactions will give rise to a set of plastic realizations on the values of food (photos, cartographies, videos and performance in the public space) as well as the invention of a planting protocol “what would you like to sow today” and transactional objects likely to make these representations evolve 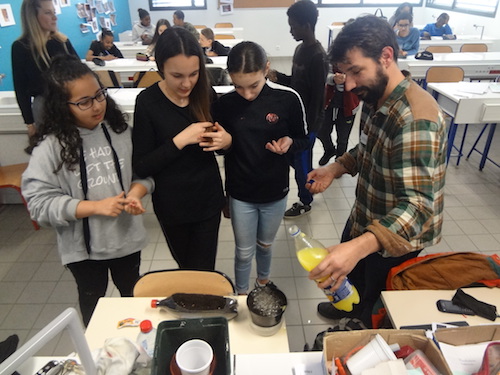 Thierry Boutonnier was born in 1980. He lives and works in Lyon. He develops a work around the notion of domestication. Active and reactive artist, Thierry Boutonnier deploys a wide panel of individual behaviors in reaction to the so-called modern system. It considers the artistic act with the same requirements of information, know-how, identification of objectives, operational research, decision-making imperatives and concentration of means as any project management activity. Claiming to be non-specialist, versatile and multidisciplinary, he uses all the means at his disposal: performance, videos, sculptures, images and photographs, diagrams, publications… He develops in particular a work around the artistic representation of entomophagy, starting from the observation that in France and in these so-called developed states, we practice an agro-industry catastrophic for employment, hygiene and the environment. He is experimenting with entomophagy by placing it at the heart of collective kitchens in places where knowledge is transmitted: colleges, high schools, universities…
Website : www.domestication.eu

Adrien Baysse-Lainé is a contractual doctoral student and lecturer in geography at the Université Lumière Lyon 2 and at the INRA in Montpellier. Under the direction of Claire Delfosse and Coline Perrin, he is preparing a thesis on the construction of the land base of local food agriculture in France. In particular, it studies in detail approaches based on alternatives to individual private property – led by public actors (intercommunities) and civil society (Terre de Liens movement) – that promote food relocation. His research is conducted in three territories, with a comparative approach: the South Aveyron, the Amiens and the Lyon region; for the latter, he is associated with the PSDR 4 research-action program “Frugal” (Urban forms and food governance).

Olivier Hamant is a plant biology researcher whose main objective is to understand how plants use the forces generated during growth, along with other biochemical signals (such as hormones), to channel their own development and shape. To do so, he uses an interdisciplinary approach that combines cell biology, physics and modeling. This project is currently funded by the European Research Council, with the aim of identifying the role of mechanical signals in the definition of plant forms. He obtained his PhD in Versailles (France) in plant cell biology and did postdoctoral work in Ghent (Belgium) and Berkeley (USA). Olivier also collaborates with the Michel Serres Institute on the central theme of the Anthropocene.

Julie Le Gall is a lecturer in geography at the ENS in Lyon and a member of Environnement, Ville, Société. His thesis focused on the conservation of proximity spaces to feed the metropolis through the study of Buenos Aires. Julie Le Gal’s research focuses on spatial recomposition and development, integrating issues of peri-urban agriculture, peasant agriculture, the relationship between town and country, border migrations, local development issues, and pressures – such as climate change – on agricultural resources.

The MARGUERITE project is a Teaching-Research project that aims to make the link between agriculture and food. It is supported by the ACCES team of the Institut Français de l’Education (Ifé), the Ecole Normale Supérieure de Lyon (ENS de Lyon) thanks to the Environnement Ville et Société (EVS) Joint Research Unit (UMR).
More information on: grainesdexplorateurs.ens-lyon.fr

The Sustainable Culture Laboratory is supported by the Ministry of Ecological Transition and Solidarity, within the framework of the National Climate Change Adaptation Plan, the Ministry of Culture, the European Union’s Creative Europe program, the Imagine2020 network, the Carasso Foundation and the FNAGP. It also involves many cultural partners and research institutes: the LADYSS, the ENS Paris, the ENS Lyon and the INRA.