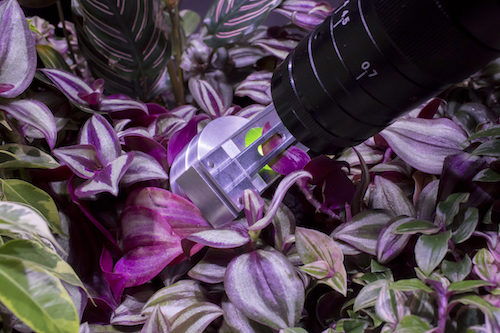 In the Espaces Générations Nature COAL presents an exhibition of twelve artists committed to the living. All of them have been nominated for the COAL Prize, which rewards every year artists committed to ecology, who testify, imagine, experiment and work for a world that is more respectful of life and ecological balance.

IN THE BOWELS OF THE LIVING

The living is made of a multitude of links that weave it, unsuspected and invisible, from the underground of the Earth to the limbo of the atmosphere. Far from being a fixed sum of species and ecosystems, it forms a sprawling and teeming network that is constantly evolving, moving and interacting. We are part of this great living fabric, which surrounds us at the same time as it constitutes us, inextricably linked to it, to the respiration of plants, to the activity of microbes, to the mutations of viruses…

A CULTURAL APPROACH TO NATURE

The ecological crisis we are currently experiencing reminds us of this intimate link, eroded by centuries of mental constructs separating humans from the rest of the living world, which we call “nature”. If this ecological crisis is that of a nature in danger, badly treated by our activities, that of a biodiversity which collapses and a climate which is disrupted; it is especially the crisis of a culture, that of our relation to the living.

Therefore, who better than artists to reweave this sensitivity to lifeTo rethink our relationship with the environment, to be attentive to other forms of life, to renew our images and our collective imagination, to invent new paradigms and other ways of being in the world… to reveal both the fragility of the latter and its extreme richness?

TWELVE ARTISTS FOR THE LIVING

The twelve artists in this exhibition have been nominated for the COAL Prize. Mobilized alongside nature conservationists and in close collaboration with other disciplines, they are generating individual and collective initiatives and offering new exploratory and sensitive avenues to confront this crisis of the living world. They invite us, finally, to invent new ways of being in connection with the living, and thus better defend it. 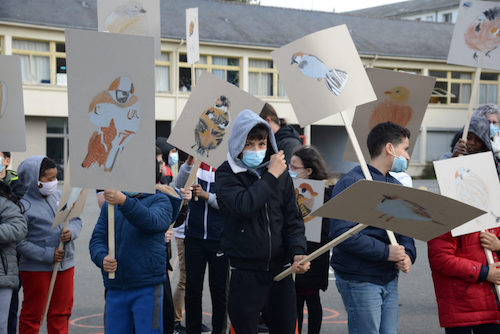 In connection with a multidisciplinary team, Maria Lucia Cruz Correia seeks to link artistic practice and the ecology of repair. It thus sets up collective action protocols that contribute to the regeneration of lost landscapes. They can take the form of a “Contract for a watercourse”, aiming to activate the potential for attention to the watercourses.

Convinced of the power of images and their capacity to transform collective imaginations, Minerva Cuevas intervenes in the public space with irony and humor, through the distribution of posters. For the Congress, she creates a photomontage, where elements of the animal and mechanical world are superimposed on a National Geographic cover. Omnipresent in our daily life, emblem of freedom and social prestige, but also symbol of alienation, consumerism and pollution, the car obscures the exotic fish. The figure of a prancing zebra alludes to the rebellion and resilience of the living.

Anthony Duchêne presents a set of drawings and sculptures resulting from his collaboration with farmers and wine growers. Together they develop in situ installations that promote the development of biodiversity, making the soil, the plant landscape and the mineral world, the fertile ground of his works and vice versa.

Paul Duncombe unveils a landform of extraterrestrial origin: the Manicouagan impact crater in Canada, nicknamed the Eye of Quebec, formed by a falling meteorite 214 million years ago. It paints an artistic portrait of this teeming territory, from the reclamation of the site by plants, insects and other living species, to the first indigenous cultures.

With Photosynthesis, Lia Giraud shows the thousands of pieces of waste recovered in the port of Marseille, the entry point to the Mediterranean, between 2016 and 2020, during the operations of the Vieux-Port Propre. The work “Photographic Inventory of the Invisible” reveals all these abandoned and neglected objects, submerged in water. It evokes the anguish of a marine pollution that we do not see, and questions the relationship we have with our environment.

The plant as a source of artistic supply, is the heart of Louis Guillaume ‘s project which aims to reconnect artistic practice with the cycle of the seasons by developing know-how around natural materials, specific to each period of the year. The original and monumental work presented here is made from the seeds of Stipa tenuissima, a member of the grass family.

Through a short film that features a Turkish dove rescued by the artists, the duo Hypercomf questions the limits of comfort and discomfort, describes the interactions between organic and inorganic elements, and examines the parallel roles of the hunter and the hunted in our new domesticated reality. The cerebral comfort sessions offered by the internet and technology are superimposed on the images of our vulnerability.

Like the early herbalists and botanists, who collected plants for medicinal study, Lucy + Jorge Orta ‘s character has carefully assembled a colorful and diverse collection of floral species and arranged them on a linen tarp. This figure of the Guardian of Nature, who saves this threatened biodiversity in a Red Cross stretcher, summons the Earth and its vital organ, the Amazonian forest, as a wounded body to be treated and healed.

Spela Petric presents a half-plant, half-digital installation that stages new playful interactions between plants, machine learning and artificial intelligence at a time when computational abstraction and algorithmic governance have become our reality.

Victor Remère ‘s project is to install connected wild beehives on the military grounds of the Saint-Mandrier peninsula. Conceived as artistic, scientific and craft objects, these digital beehives would allow to experiment the cohabitation between production beehives and wild beehives, to observe the interactions and possible benefits of such a neighborhood, and to better understand the behavior of bees and the threats they face.

Éléonore Saintagnan sets out to replay a little-known historical event in the history of China under Mao, which in itself condenses the issues surrounding the disappearance of sparrows, whose population has dropped by 95% in thirty years. It initiates collective actions and encourages the mobilization of young people and artists in connection with associations and scientists, promoting the reintroduction of the species in the city, and recalling the links of interdependence between humans and sparrows. A series of photos retrace these actions.