Closing day on the Living – COAL and the Chronicles Biennial 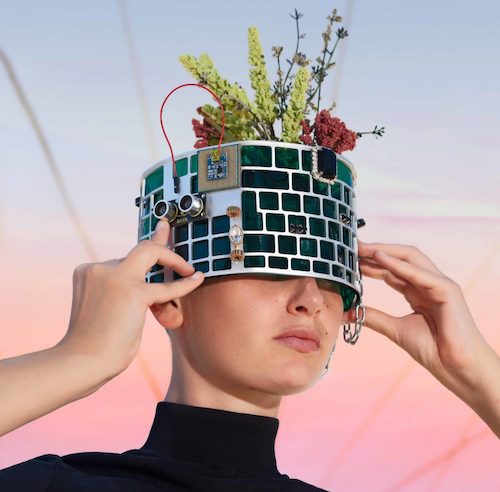 To celebrate the closing of VIVANT, a Cultural Season for Biodiversity and the 2020-2021 edition of CHRONICLES, Biennial of Digital Imaginations on the theme of Eternity, COAL joins CHRONICLES for a day of meetings in the heart of the living.

If the theme of eternity was that of religion and then that of the modern dream, it has now become inseparable from ecology. At the time of the sixth mass extinction, the question arises as to the sustainability of our existence and of life on Earth, whose great cycles once seemed eternal.

At the time of the Covid-19 pandemic, the questions of the living and the perishable are more than ever linked. In collaboration with COAL, the magazine Billebaude and the European project T-FACTOR, the Biennial closes by giving voice to artists who rethink the link to life and the inter-species dialogue, the question of the collapse of life but also of its resilience, so that the question of eternity becomes that of the sustainable, of the viable and of the liveable.

– The arts, the living and the city. Extension of the field of possibility.

The research and actions of the European T-Factor project aim to understand and encourage the positive impact on our cities of emerging cultures that are born precisely in the ruins of post-industrial societies, to imagine better futures and to neutralize the dystopian tendencies that seem inevitable. It attempts to highlight initiatives that imagine new common futures by placing the artistic act and culture at the heart of the transformation of cities.

The conversation we propose involves four partner cities of the T-factor project: Marseille, Amsterdam, Florence and London. It will bring together the commonalities between these experiences of urban regeneration. Spaces can change their narratives through artistic research and we will ask whether this leads to a diversity of representations.

–
Giving shape to the world that is coming: from fiction, imaginary worlds, narratives.

If it has become “easier to imagine the end of the world than the end of capitalism”, how can we imagine the world to come? And how to give substance to these imaginary worlds? Artists work to make palpable what we do not see, to work the substance of the virtual and to transform concepts into worlds. Between science and fiction, between reality and virtual: meeting with the ultra-sensitive and the infra-thin.

16h00-17h30 ROUND TABLE
ONLINE
– Reawakening our sensitivity to living things: from plants, landscapes, soils preceded by the presentation of the Revue Billebaude

We inherit a philosophy that affirms the exceptionality of humans in relation to the rest of nature. Faced with the ecological crisis, how can we think, imagine and feel beyond this rupture? How can we reweave theories, practices and imaginaries that make room for other living beings? This discussion is placed at the crossroads of philosophy, science and art, a privileged place to open spaces of theoretical and sensitive experimentation from this issue.


With Michael Cros around “UBM junior 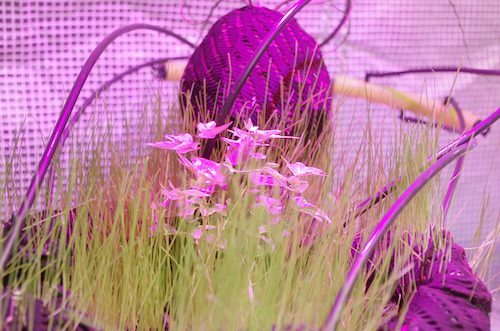 ÜBM Junior is a mysterious electrical and vegetal creature the size of an infant. Installed in an incubator, this hybrid being awaits the time of care. How does he perceive his environment? What does it need to live? Let’s get closer… 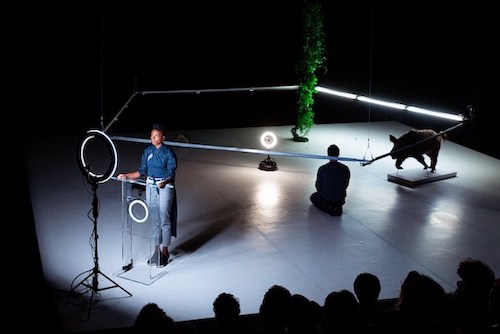 What future for the human species? Far from the catastrophic scenarios portrayed by the media, Rocio Berenguer imagines a utopia, an inter-species meeting where the different kingdoms of life – human, animal, vegetable, mineral, machine – are invited to negotiate together the possibilities of their coexistence.

Coexistence is a poetic text written by Rocio Berenguer which is on the border of the concert, the theatrical text and the performance. A dialogue between a human and an artificial intelligence (AI) that evokes the possibilities of coexistence between the different kingdoms (animal, vegetable, mineral, human and machine)