COP22, Night of the Philosophers in Morocco 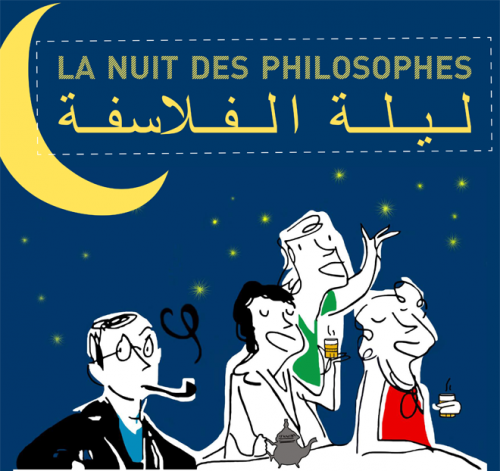 In continuity of the COP22 held in Marrakech from November 7 to 18, 2016, Loïc Fel of COAL will intervene in two round tables and a lesson as part of the Nuits des Philosophes, on the theme “Thinking the Planet”, in Rabat and Casablanca on November 25 and 26.

On November 25, Loïc Fel will speak at the National Library in Rabat, at 11:00 pm in an opening dialogue with Marie Gaille on the topic “Thinking or Feeling the Planet?”, then at 11:45 pm, with a lesson entitled “Does Ecology Have its Art Movement?”

On November 26, at the French Institute in Casablanca, he will speak at 11 pm in dialogue with Ouidad Tebbaa.

The Night of the Philosophers

On the program this year: 20 speakers, 50 philosophical halqas, 8 debates, more than 40 Labos Grains de philo, readings, discussions with the public on themes drawn at random from a ballot box…

For this new edition, 4 major themes will be the focus of lessons and debates:

– Dialogue on Religion and Society

In order to give this year more space and resonance to literary and philosophical texts, Guillaume Badoual and Driss Ksikes will propose a program of Readings, declaimed and put in space by Sophia Hadi, and Dialogues between two philosophers around the read text.

As in the two previous editions, Labos Grains de Philo – special meetings between philosophers and small groups of high school students – will be scheduled.

Finally, the Nuits des Philosophes will be the occasion to award the prizes of the Graines de philosophes competition, organized in partnership with HEM and open to all Moroccan high school graduates.

Find all the information on : www.if-maroc.org