Cycle of meetings for the ten years of COAL 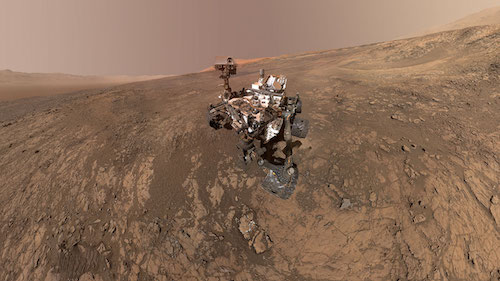 This year, the COAL association celebrates its tenth anniversary. A decade of commitment alongside artists who wish to give culture its rightful place as a vector of change for an ecological transition. In this framework COAL presents the exhibition Tierra del Fuego by Angelika Markul, the winning project of the 2016 COAL Prize, a cycle of nocturnes around the imaginary of melting ice and climate change and an exceptional afternoon dedicated to the awarding of the COAL Prize 2018.

TRILOGY: THE MEMORY OF THE GLACIERS – MIR – BEPICOLOMBO
Screenings and meeting with Angelika Markul and Eric Lorigny from CNES
Wednesday, October 3, 2018, at 7:30 p.m.

Angelika Markul presents for the first time in France her Trilogy which reveals three states and stages of human history, from its origin to its disappearance. The Memory of the Glaciers, the heart of the Tierra del Fuego exhibition presented at the museum, tells the story of the tragic collapse of a glacier in southern Patagonia and opens with the discovery of the Churyumov-Guerasimenko comet, which may contain an explanation of the origin of life on earth. Mir explores man-made terrestrial abysses and BepiColombo, the conquest of space. At the end of the projection, the artist and the person in charge of the FIMOC (French Instrument Mars Operation Centre) of the CNES confront these images of the creations and destructions caused by man, leading to his own loss, and the state of Martian research which leads to a better understanding of the creation of the world, of what we are made and how we were created. 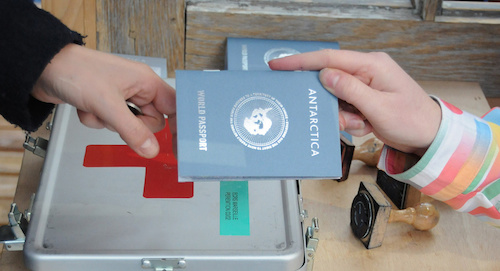 This round table, animated by Raphaël Abrille, general secretary of the museum of hunting and nature with Thierry Boutonnier, Ewen Chardronnet and David Lescot.

Ten years ago, France launched the decisions resulting from the Grenelle de l’Environnement and the States prepared the 14th COP in Poland, in Poznan. Ten years later, the COP24 is again in Poland, in Katowice. 2007 was in its time, like 2017, the second hottest year in a century, while over the same period threatened breeding birds in Europe have increased from a quarter to a third of threatened species. Last year, however, in Europe the triptych solar-wind-bio-mass overtook coal in the production of electricity in the Union. What about this ecological transition on the art scene? On the occasion of COAL’s tenth anniversary, this meeting looks back on ten years of art and ecology, recounting the beginnings and evolution of a true movement. Ewen Chardronnet, author and curator, will analyze the evolution of the arts and sciences practices in the light of ecological issues, Thierry Boutonnier, artist, first laureate of the COAL Prize and the playwright David Lescot, author of Des Glaciers Grondants will share their experiences and practices.

The COAL Prize supports artists who, throughout the world, bear witness to, imagine and experiment with solutions for transforming territories, lifestyles, organizations and modes of production, a new imaginary, developing common heritage, a positive, optimistic and necessary framework for everyone to find the means and motivation to implement changes towards a more sustainable and just world. For the tenth anniversary of the COAL association, the presentation of the ten projects nominated by the competing artists is made public as well as the revelation of the winner by a jury of personalities of art and ecology.

Action by artists Lucy+Jorge Orta at the 2018 COAL Award ceremony.

Since the release of the first worldwide edition of the Antarctic Universal Passport in 2007 by the artists Lucy+Jorge Orta, more than 50,000 citizens around the world have pledged to become members of this Antarctic Universal Community, symbolizing the unification of universal citizens. Each visitor will be issued a passport and will be invited to sign a charter of commitment to meet the challenges we face. Lucy+Jorge Orta has been collaborating regularly with COAL since its inception. 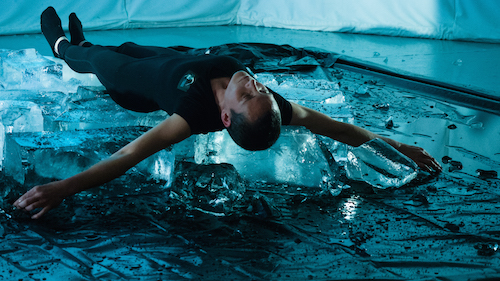 Four artists nominated in previous editions of the COAL Prize deliver performances linked to the new imaginary of the melting ice. Based on the story of a cold wave that froze Europe 11,500 years ago, Le Cri de l’Eophone (The Cry of the Eophone ) by Anais Tondeur presents the results of a fictitious expedition revealing the role of oceanic circulations in the climate balance. Projected in 2050, Stéfane Perraud and Aram Kebabdjian render, with Black sun, a fragile tribute to the utopian “Saturn” program initiated at the beginning of the 21st century, which aimed to stop the advance of dry zones and the retreat of cold zones on the surface of the globe through the massive implantation of solar ice machines. Anna Katharina Scheidegger offers us her vision of a fragile world and an aching nature through a performance on the ice mixing an ethnological, environmental and psychoanalytical approach.

The critic and essayist Pieter Van Bogaert will conclude the evening by sharing his own experience of engaged artistic practices on the occasion of the release of the book “Grand Tour 2020 meetings across Europe on art and ecology” published by the European network Imagine2020 art and climate change. A signing will take place after the evening.

Admission subject to availability, no reservation required
Ticketing opens at 7pm on the evening of the event.
Full price 8 € / Reduced price 6 €.
The evening events are followed by a friendly drink with the speakers
Open from Tuesday to Sunday
The ticket allows you to visit the museum for free in the month following the night.