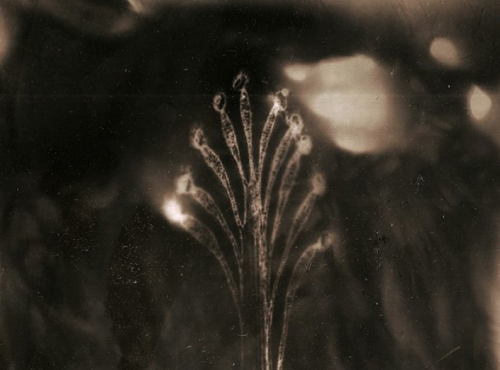 On May 6, from 6:30 pm to 9 pm, on the Plateau Média of the Gaîté lyrique, COAL, with the collaboration of the Mindscape Foundation and the editions First ParallelGalia Ackerman (essayist and journalist), Thomas Johnson (author) and Anaïs Tondeur (artist) to discuss the Chernobyl disaster.

The films
Sanctuary
by Louis Jammes (2015) and
Bambi in Chernobyl
(2013) by the artist Angelika Markul will be screened on this occasion.

A key event in the European collective imagination, the Chernobyl disaster, 30 years later, remains an accident that colors all debates on nuclear energy.
Too often, however, these debates, under the guise of scientific argumentation, are structured by representations, an imaginary world or ideologies with Chernobyl as the backdrop of the ultimate nuclear danger that sterilizes the earth and transmutes living organisms.

Why is it so difficult to address the nuclear issue?
Because this phenomenon is invisible and because its effects unfold on complex, indirect and uncertain scales of time, space and causality.

So who better than artists, who can make the invisible and the complex perceptible and approach the nuclear question with a different eye, to try to question Chernobyl?
Many have done it, explored it, exposed it. Some discovered the surprising vitality of nature there, others the persistence of the nuclear phenomenon, others finally a suspended time.

It is thus under the glance of art, without seeking the political debate but only to share individual feelings on Chernobyl, that the Gaîté lyrique proposes to commemorate the anniversary of 30 years of the catastrophe started on April 26.

On May 6, without the phenomenon being immediately understood, the core of the reactor collapsed to solidify 20 meters below and stop the massive emissions of radioactivity, leaving the possibility of coming the time of the “sarcophagus” that has continued since.

Galia Ackerman is a Russian-born essayist, journalist and translator. Crossing Chernobyl is her third book on the subject. It was published in March by Premier Parallèle. She also curated the largest exhibition ever held on the subject, in 2006 in Barcelona.

Thomas Johnson, born in 1955 in Grenoble, France, is an international reporter and documentary film director. He directed The Battle of Chernobyl, which received seven international awards. As praised by Le Monde, this documentary, which has become a must-see on the subject, “tells the story of this catastrophe with sober talent.”

Anaïs Tondeur is a plastic artist. With philosopher Michael Marder, she published The Herbarium of Chernobyl, Fragments of a Splintered Consciousness with the Mindscape Foundation, Implicit Collection (bilingual French-English version) and with Open Humanities Press (original version). In this book she presents a series of photographs: rayograms of plants growing in the irradiated soil of Chernobyl.

Angelika Markul, Bambi à Tchernobyl
Film, color, sound 13’26
Chernobyl is a no man’s land following the nuclear disaster of 1986. Since then, nature seems to have regained all its rights: fauna and flora gradually invade the ruins of a world fled by men and transformed by the artist into a dreamlike world, between reality and fiction, evoking childhood fears. The artist was inspired by the cartoon Bambi (1942) to ask the composer Franck Krawczyk to imagine an original creation, as familiar as it is disturbing

Damien MacDonald
is an author, illustrator and curator. He currently works at the Mindscape Foundation under the aegis of the Fondation de France.

A meeting proposed by COAL, Art and Ecology.
Ina multidisciplinary and innovative spirit, COAL mobilizes artists and cultural actors on societal and environmental issues. COAL relays the international news of art related to ecology on Ressource0.com, organizes the COAL Art and Environment Prize, and accompanies communities and institutions in a cultural approach to environmental issues. Since 2015, COAL is a member of Imagine2020, a European cooperation network around Art and Climate Change, which brings together twelve cultural structures in Europe.