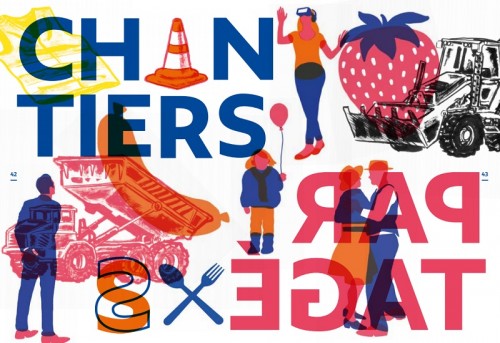 For more than a century, transportation networks have echoed the place of art in the city. The first metro systems in the world, from Paris to Moscow, bear witness to a remarkable demand for artistic and aesthetic quality, with the intervention of leading designers. This tradition continued in the 20th century with the deployment of ambitious architectural, artistic and cultural programs in Montreal, Munich, Stockholm, Naples and Singapore. It is on the basis of this heritage that the Société du Grand Paris has designated art and culture as integral parts of the metro project. This reflection, conducted by a committee of renowned experts, led to the appointment of an artistic and cultural management team.

Alongside the 37 architects already at work and the designers, this artistic and cultural management team, led by José-Manuel Gonçalvès, facilitates the appropriation of the project by the inhabitants, accompanies the launch of the building sites, and participates in the invention of welcoming and benevolent places. All in

Imagining a new metropolitan identity, thanks to artists and creators from all aesthetic horizons. This approach pays particular attention to the uses and territories crossed by the new metro, by involving cultural institutions and creative resources in the Île-de-France region. The Grand Paris Express will directly serve more than 270 existing or planned cultural sites (Château de Versailles, Cité de la céramique, etc.).

in Sèvres, MAC VAL in Vitry-sur-Seine, Opéra de Massy, etc.). By 2022, nearly 60 construction sites will have been launched and 16 new stations will be inaugurated. During this time of construction, the goal is to launch several hundred artistic and cultural activities along the 200 km of future lines.

Each year, in connection with the work site calendar, artistic, cultural and festive gatherings are organized to unite local energies around the work sites.

Circular economy, co-construction, sustainability are the themes that guide the implementation of these actions. These meetings, entitled “KM” (for kilometer), bring together residents, workers and the territory’s vital forces around popular events.

Each specific or spectacular act of civil engineering on the construction sites, such as the installation of cranes, the launching of a tunnel boring machine or the shifting of a slab, will give rise to an artistic proposal interpreted with the territory, around a construction site meal, a performance-machine, a visualization in augmented reality of the station…

These elements will help give an idea of the creativity of the network. The local actors and structures are associated with the production of these events to announce a program of shared acts during the time of the construction site. In addition, in connection with the “Classes du Grand Paris Express” (see Associated Projects), work on the construction site fences, with local schools, will be designed to create large frescoes common to the network.

COAL is thus one of the first 5 associated structures, invited to deploy their cultural intervention devices, several times a year, on the same site, or even on other territories. The local anchoring to the territory will guide all the achievements. The other structures invited for 2017-2018 are: the Collectif Parenthèse, Si Architects, Malte Martin/Agrafmobile and Yes We Camp.