The LAB at Festival Vivant, September 15-17

From September 15 to 17, COAL and the residents of LAB – Les sols, participate in the Festival Vivant at the University Paris-Diderot-Paris VII, with the presentation of two works by Anaïs Tondeur, Yesenia Thibault-Picazo, Marine Legrand, Germain Meulemans and Alan Vergnes imagined during the LAB – Les sols! Videos to be discovered or rediscovered during this festival with an exceptional program.

Festival Vivant
September 15-17, 2016
on the campus of the University Paris-Diderot
Exhibition at the Espace Buffon, 15 rue Hélène Brion 751013 Paris

The works presented at the Festival Vivant 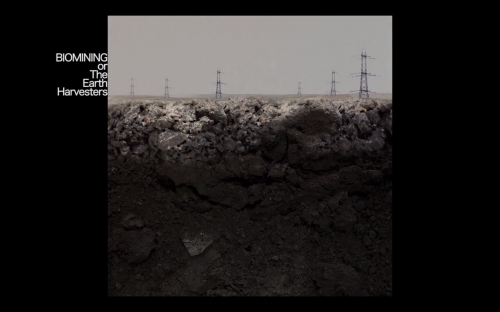 Since the 1990’s, phytoremediation and phytomining have been practiced for the decontamination and extraction of heavy metals and metalloids contained in soils and propagated by our activities. These techniques are based on the collaboration with hyperaccumulating plants and associated bacteria, which by a process of bio-accumulation, store in their tissues a sometimes very high quantity of elements. The current technology involves harvesting the plants and then incinerating them to extract the desired elements from the ashes.

Biomining ou les glaneurs de pépites suggests, through a fiction, the potential advances of this soft extraction technique and participates in the recent debates around remediation technologies; it is an invitation to question ourselves about our ecological future. Often perceived as a solution to pollution problems, aren’t these methods a way to unload and escape our environmental responsibilities?

In this possible future, extreme soil pollution has made cities uninhabitable; this is the difficult prerequisite for their new status as mines. The project presents the evolution of three species with extracting properties: the fungus Sarcosphaera coronaria known to extract arsenic, the Indian mustard (Brassica juncea) for cadmium, and finally the bean (Vicia faba) for aluminum. These new varieties concentrate most of these elements in their seeds, thus renaming the miners as ‘nugget gleaners’. 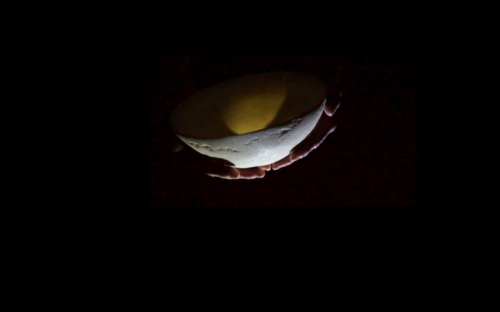 In the form of an invented ritual, the video installation Galalithe – from the Greek gala, milk, and lithos, stone – accompanies the earthworms in their enterprise of regenerating the soil.

This performance consists in depositing a large cup, made from human breast milk hardened by heat, on a soil impoverished by industrial activities, until this organic and mineral cup mingles, by disintegrating under the vagaries of weather, to the earth to feed the worms. Through this symbolic gesture, Galalithe is helping to make the soil fertile again by affirming the reciprocal nourishing link that unites us to the soil, the support of our human lives. Galalithe also echoes the digestion process of earthworms, which assemble ingested rock and plant particles to generate the actual soil. The film presented here relates the preparation of the Galalith and then the offering to the earthworms in a soil of the Seine-Saint-Denis.

These works were created as part of LAB de la culture durable, the first session on soil.

The LAB, Laboratory of Sustainable Culture, is a research-action program imagined and launched by COAL, coalition art and sustainable development, in July 2015. Its first session brought together, under the sponsorship of Nathalie Blanc, geographer of the LADYSS, the artists Yesenia Thibault-Picazo and Anaïs Tondeur and the scientists Marine Legrand (PhD in environmental anthropology at the Muséum national d’Histoire naturelle), Alan Vergnes (PhD in Ecology, temporary teaching and research assistant at the University of Montpellier 3 Paul Valéry and at the Centre d’Ecologie Fonctionnelle et Évolutive) and Germain Meulemans (doctoral student in anthropology at the University of Liège and at the University of Aberdeen), around the theme of soils. The resulting exhibition “Sols Fictions” is the result of nine months of research and transdisciplinary exchanges within the LAB, which offers us an original poetic approach to the soils of the Anthropocene.

For a long time, soils were perceived as a simple inert and static support, an inexhaustible resource, an infinitely manipulable material. However, in reality, it is a moving, living environment, today weakened because of human activities.

As well as being a living environment for many animal and plant species, the soil is also the support for the landscape and an extremely rich genetic reserve. With a strong cultural and social significance, it is also the support of human activities, the environment of conservation of archaeological remains and memory of past climatic and biological conditions, a source of building materials, fuels, minerals and pigments.

From the study of soil fauna to the study of fertilization rituals, many ways of being interested in soils coexist, but rarely enter into dialogue. In order to recreate a connection with soils and to encourage a dialogue about them, the LAB proposes to bring together various approaches to soils from the natural sciences, the social sciences, art and crafts.

To begin the discussion, the LAB’s bias was to imagine that the separation of disciplines had never happened. Within the framework of the Festival Vivant, three works developed collectively, Petrichor, Galalithe and Biomining, are presented and reveal experiences born from the mixture of different types of knowledge of the soil.

Find the works of Sols Fictions on : http://cargocollective.com/soilfictions/ 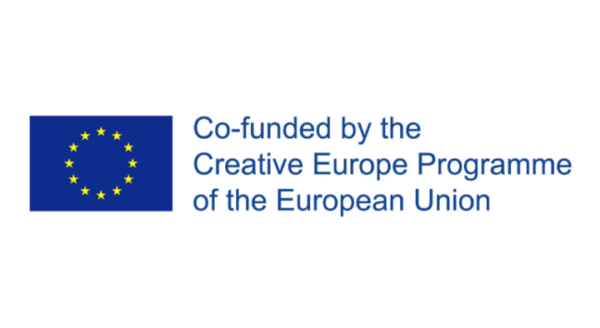