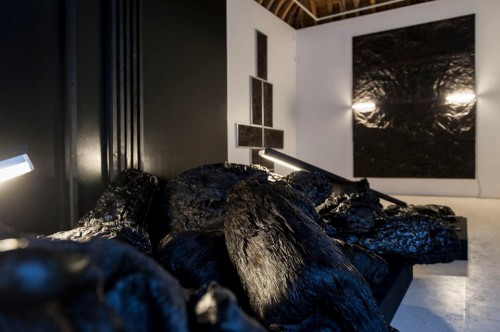 Coal and the Domaine de Chamarande invite Angelika Markul, a Franco-Polish artist, to invest the orangery with a specific creation for the place. The artist thus confronts the monumental architecture of this setting, designed by Pierre Contant d’Ivry in the 18th century, with a total work of art, which revisits the formal issues related to trophies and monuments. She reuses here her favorite materials such as plastic, felt, wax, neon lights, in a mastered and brilliant space setting.

After a childhood spent in Poland, Angelika Markul studied at the École nationale supérieure des Beaux-Arts in Paris with Christian Bernard (director of the Musée d’art contemporain de Genève) and Christian Boltansky, a French artist who works in particular on the question of memory. The young artist develops majestic creations employing in turn the mode of installation, sculpture and video or even the three media in a single artistic proposal. His exhibitions immerse the viewer in a dark and strange universe, which sends him back to his senses and perceptions. His commitment to creation was recently rewarded by the award of the SAM Prize for Contemporary Art 2012, a grant that will allow him to realize the Bambi project in Chernobyl, an ambivalent work on collective memory and on his own memory. 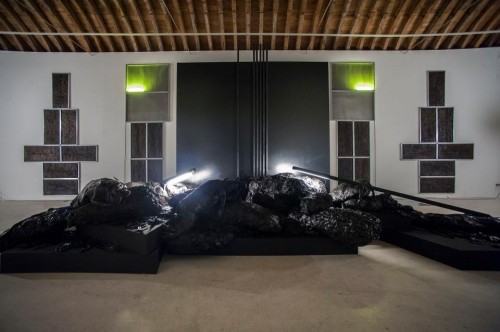 With this Monumental Installation, Angelika Markul takes stock of the work she has been doing for several years. She erects a work on the scale of the orangery, which revisits the codes of the monument built “for the glory of” and echoes the “trophies” that reward achievements and victories. It is in a tasty game of plastic research that the pieces, presented on the wall, evoke forms inspired by religious symbols such as the cross or the totem; while the hieratic nature and the frontality of the sculpture, placed facing the entrance, directly question the codes and the scope of monumental art. This balancing act between collective memory – that of the symbolism of monuments and trophies – and individual memory – that of the trace of a personal achievement – is recurrent in the artist’s work. These are not the trophies won in wartime, but the smaller, more personal ones that are amassed in the course of daily combat. 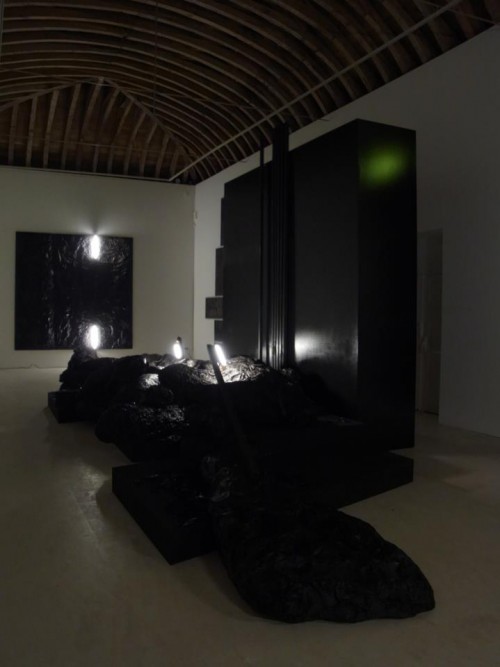 This Monumental Installation is in keeping with the formal lineage of the artist’s recent exhibitions – at the Suzanne Tarasiève Gallery in Paris or at the Arsenal Gallery Contemporary Art Center in Bialystok. Angelika Markul expresses a feeling and a personal story with a formal vocabulary that is her own and is translated by the use of simple materials such as wax, plastic, felt and light, especially that of neon lights which sculpts the space. She sublimates these materials by a very subtle staging, punctuated with spectacular effects, which cultivates the mystery, and upsets the senses and imagination. She thus immerses the spectator in an “original and archaic womb”, that of the birth of life but also that of the abyss of the end of the world. Jeanne Truong writes on this subject in a text entitled The artist’s belly: “Angelika Markul’s work is crossed by the primitive imaginary of the archaic and original belly. Whether it is the cave or the boarder’s cave or the red room, the plot of his many films [et installations] takes place in a setting that represents the idea of an atmospheric cavity. We find ourselves inside a protected place, maintained in the secrecy and security of a hiding place, timeless and enigmatic that transports us into a state of latency, close to that of the child in the womb.

Between modernity and archaism, collective memory and individual memories, the works of Angelika Markul explore the poetry of forms and their power of evocation. “The ultimate material that the artist sculpts through this work are the emotions of the spectator” remarks Anne-Laure Stolz about a work produced in 2005, SKOLA nr.17. The formula applies in fact to all of Angelika Markul’s works and in particular to Installation Monumentale. 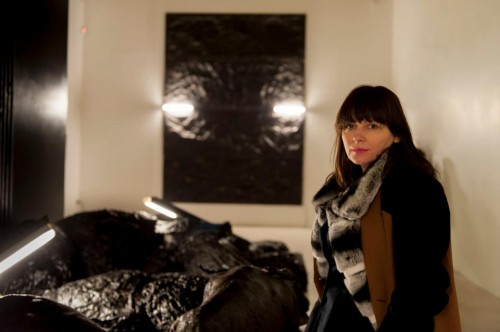 Born in 1977 in Poland, Angelika Markul lives and works in France and Poland. She is represented by the Suzanne Tarasieve Gallery (Paris, France), the Leto Gallery (Warsaw, Poland) and the Kewenig Gallery (Cologne, Germany). A graduate of the École nationale supérieure des Beaux-Arts de Paris – in Christian Boltanski’s studio – she is now an internationally recognized artist. She is the winner of the SAM Prize for Contemporary Art 2012 with her project Bambi à Tchernobyl which will be exhibited in December 2013 at the Palais de Tokyo. The Sztuki Museum in Lodz (Poland) will also devote an important solo exhibition to him in 2013. Angelika Markul’s work has been exhibited at Labyrinth Gallery in Lublin (2012), Arsenal Gallery in Białystok (2012), Espace culturel Louis Vuitton in Champs-Élysées (2011), Mac/Val (2010), Théâtre National de Chaillot (2009), at the CSW Znaki Czasu Contemporary Art Center in Toruń, Poland (2009), at La Force de l’Art at the Grand Palais (2006), at the Fondation Cartier (2005) and at the Musée d’Art Moderne et Contemporain de la Ville de Paris (2005).

Angelika Markul
From March 17 to May 12, 2013
Wednesday, Thursday and Friday, 2-5pm / Saturday, Sunday and holidays, 12-5pm
At the orangery of the Domaine