The LAB, a laboratory of sustainable culture imagined and launched by COAL in July 2015, brings together for its first session, under the sponsorship of Nathalie Blanc, the artists Yesenia Thibault-Picazo and Anaïs Tondeur and the scientists Marine Legrand, Alan Vergnes and Germain Meulemans, around the theme of soils. The resulting exhibition “Sols Fictions” is the result of nine months of research and transdisciplinary exchanges within the LAB, which gives us a poetic and original vision of our contemporary soils.

For a long time, soils were perceived as a simple inert and static support, an inexhaustible resource, an infinitely manipulable material. However, in reality, it is a moving, living environment, today weakened because of human activities.

As well as being a living environment for many animal and plant species, the soil is also the support for the landscape and an extremely rich genetic reserve.
With a strong cultural and social significance, it is also the support of human activities, the environment of conservation of archaeological remains and memory of past climatic and biological conditions, a source of building materials, fuels, minerals and pigments.

In order to recover our links with soils and to renew a fruitful dialogue with them, the LAB proposes to link the various disciplines related to them. Natural sciences and social sciences, art and crafts; from the study of soil fauna to that of fertilization rituals, today many ways of being interested in soils coexist, without necessarily dialoguing. To begin the discussion, the LAB’s bias was to imagine that the separation of disciplines had never happened. The exhibition “Sols Fictions” thus takes the form of an imaginary cabinet of soil “researchers”, revealing a set of experiences born from the mixture of different types of soil knowledge. The result of a collective exploration, it is presented as an experience to be lived, a visual, sound and olfactory journey that allows everyone to question our urban soil.

At the crossroads of art and science, through a series of installations, performances, workshops for the public, videos, texts and objects, between fiction and experimentation, the residents of the LAB invite you to join them in their investigation of the soils of the Anthropocene, mixing, through the imagination, approaches, methods and tools, while keeping your feet on the ground.

— See you on Saturday, May 28 at 3:00 p.m. at the Orangery for the exhibition’s closing with a snack around the scientific notions of soils animated by the residents — 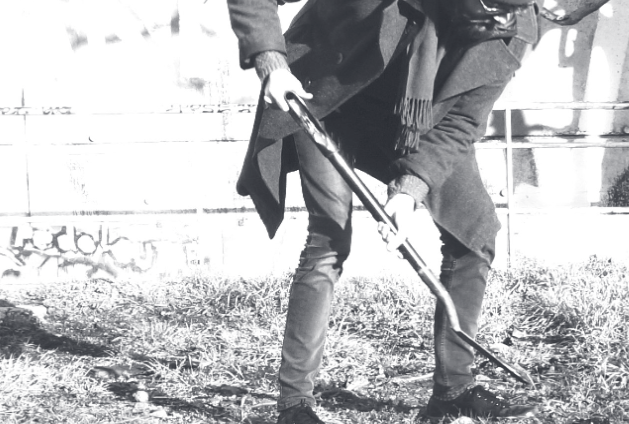 Anaïs Tondeur, extract from the film, The man who digs

As a complex, living and organized ecosystem, soil performs systemic functions of food, fiber and energy production, regulation of water flows and quality, recycling of exogenous organic matter that contributes to carbon storage, provision of nutrients and regulation of greenhouse gases and climate change. 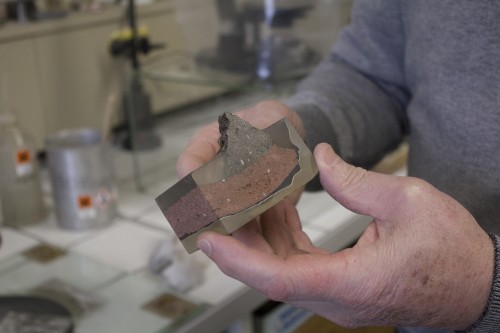 Soil is also the living environment of many animal and plant species, the support of landscapes and a genetic reserve (many antibiotics are produced by soil fungi).

Beyond its ecosystemic qualities, the soil has a strong cultural and social significance: it is the support of human activities, the environment for the conservation of archaeological remains and the memory of past climatic and biological conditions, a source of building materials, fuels, ores, pigments….

The year 2015 has been designated the International Year of Soils by the FAO – the Food and Agriculture Organization of the United Nations. 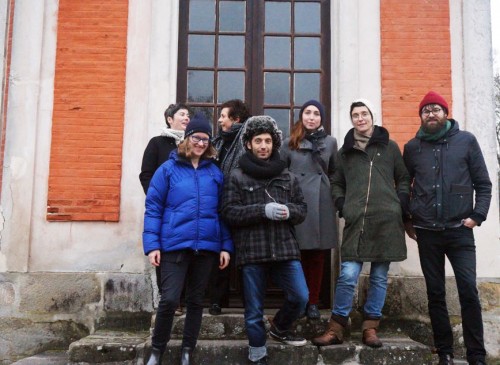 The LAB develops international cultural and scientific partnerships, in connection with the research conducted by the Domaine de Chamarande on the local context and the major issues of the territory, in which art and science are particularly involved. The European cultural network Imagine 2020, supported by the European Union, is a partner of LAB. The National Museum of Natural History in Paris and researchers fromAberdeen University are also involved in the annual soil theme. 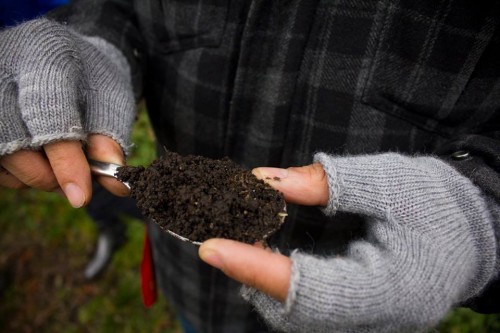 The residents of LAB – The Floors

– Yesenia Thibault-Picazo
Yesenia Thibault-Picazo is a multidisciplinary visual artist who graduated from the École Duperré in Paris and holds a Master’s degree in Material Futures from Central Saint Martins in London. She is a designer and defines herself as a storyteller of materials. His work is at the junction between craft practices and environmental issues, boundaries where design proves to be a powerful investigative tool for understanding our evolving connection to nature. She also collaborates with geologists, oceanographers, anthropologists and artisans. Since 2013, she regularly presents her productions in international institutions (Les Abattoirs – FRAC Midi-Pyrénées, Deutsches Museum in Munich) or in design festivals and fairs (London, Milan, Eindhoven).

– Anaïs Tondeur
Anaïs Tondeur ‘s artistic work is based on an exploration of the interface between fact and fiction, art and science, memory and perception, space and time. His practice, dominated by the techniques of drawing, photography, installations and new media, leads him to be interested in the evolution of knowledge and the impact of humans on their environment. His real or fictitious expeditions are accompanied by scientists in the fields of physics, earth and space sciences, as well as composers, writers and artists.
Anaïs Tondeur obtained her master’s degree from the Royal College of Art (London, 2010) after studying at Central Saint Martins (London, 2008). She has been artist in residence in several scientific laboratories at the Observatoire de l’Espace, (CNES, 2015) at the Université Pierre et Marie Curie and at the Muséum d’Histoire National Naturelle as part of the Demain, le Climat project (2015) and in the hydrodynamics laboratories of the Ecole Polytechnique (LadHyX, CNRS, France 2013-15) and Cambridge (DAMTP, UK, 2014). His research has been presented in solo and group exhibitions in France and abroad.
His work is represented in England by the GV Art Gallery.

– Marine Legrand
Doctor in environmental anthropology at the Muséum national d’Histoire naturelle, Marine Legrand studies the diversity of forms of cohabitation between city dwellers, animals and plants. She is interested in the relationships between the plurality of imaginaries, the construction of knowledge and planning practices. During her thesis, she studied the emergence of biodiversity conservation as an objective for the development of public parks and gardens. She has a university education in ecology and anthropology. She practices drawing and writing fiction to tame differently the links between the living.

– Germain Meulemans
Germain Meulemans is a doctoral student in anthropology at the University of Liege and the University of Aberdeen, where he is part of Tim Ingold’s Knowing From the Inside project. He is interested in anthropized environments and the epistemological and methodological implications that their study brings to the natural and social sciences. His thesis focuses on urban soils, which are now the subject of new interest in the worlds of soil science and urban planning. He has conducted ethnographic fieldwork with soil scientists, ecological engineers, urban gardeners and geotechnicians. His investigations are as much about humans as they are about materials, their flows and their multiple folds, and he is interested in art and curation as ways of extending ethnographic work. His thesis is financed by the FNRS (Belgium).

Doctor in Ecology since 2012, Alan Vergnes Alan Vergnes is a temporary teaching and research assistant at the University of Montpellier 3 Paul Valéry and at the Center of Functional and Evolutionary Ecology. He studies how soil giants such as earthworms and ants react to environmental changes. For several years, he has been applying this approach to urban soils, which often present novel characteristics linked to the extreme impact of human activities and whose fauna remains poorly known. As part of his research, he practices drawing and nature photography.

Listening to “Sols Fictions”…
Le Miroir des Sciences”program , “From the Earth to the Moon and back”, Friday April 1st, from 10 to 11 am – Aligre FM

Exhibition from March 27 to May 29 at the orangery of the Chamarande domain
> Wednesday, 2-5pm
> Saturday and Sunday, 1-5pm

— See you on Saturday, May 28 at 3:00 p.m. at the orangery for the exhibition’s closing with a snack around the scientific notions of soils animated by the residents —

The Lab is implemented thanks to the support of the European Union within the framework of the Imagine2020 program of which COAL is a member since 2015.