Lauranne Germond, director of COAL, is the curator of the exhibition Le Chant des Forêts, a sensitive, visual and sonorous journey into the heart of the woods. From the roots to the canopy, from Europe to Latin America, the exhibition invites you to “get into the depths” of the living and imaginary ecosystems of the forest.

Like a polyphony, Le Chant des Forêts gives us the opportunity to hear the voices of the forest, those of the living beings who compose and decompose it, those of the rituals and cults that have crossed it since the dawn of time, but also those of the humans who live in it and fight to protect it. Let yourself be bewitched by its songs!

The forests speak, they sing and enchant us. They also shout. They call and challenge. The ten artists of the exhibition Le Chant des Forêts invite us to compose together this call of the living for the right to the marvellous and to the beauty of the world, from the forest-refuge, where resistances germinate and where expressions in margin bloom, where this wild and furtive freedom blooms which is exerted far from the eyes, far from the eyes and far from the city, where the world of tomorrow is planted

You enter a clearing bathed in the sounds of birds that populate the Białowieża Forest in Poland, recorded by audio naturalist composer Fernand Deroussen in conjunction with the National Museum of Natural History. They come to give life to the big photograph resulting from the series Carbon Catcher of Thierry Cohen taken in this same forest. Now fly over the tree tops through the magical world ofÉmilie Faïf‘s Canopy. Reach the ground by descending from branch to branch and dig down to the bowels of the forest, highlighted by a root atlas. Beware, you may come face to face with the giant spider Winter Dream by Florian Mermin…

At the edge of the cave that opens up next, you’ll have to pass under Tatiana Wolska ‘s hut and maybe take a break… because the rest is populated by strange creatures of the forest, starting with the mysterious Curupira, the Amazonian woodland beast by Felix Blume. You will be surprised again by the enigmatic universe of Florian Mermin, inhabited by his works Peaux et Maléfices which seem to be taken straight from the tales of your childhood.

Leaving behind the forest haunted by its myths and legends, you will already hear the echoes of the installation Deforestation: Digging up the signals by the Peruvian collective Fibra. You will quickly be immersed in a maze of mycelium sculptures that, to the rhythm of the deforestation of the Peruvian forest of Ucayali, release sounds, smells and lights.

In an alcove, you can initiate a dialogue with the three large trees of the Them series by Romain Bernini which will impose calm and serenity. You will also meet Beya Gille Gacha‘sOrant #5 , who, through an exchange of views, will tell you his story and his dreams to plant the world of tomorrow.

Between the trees of the Forest of feathers of Thierry Boutonnier, is laid out a beautiful tablecloth of white feathers on which sits a mountain of nuggets. From the tree to the feather, you will understand that deforestation is directly linked to intensive poultry farming and that it is played out, on a daily basis, in your plate. 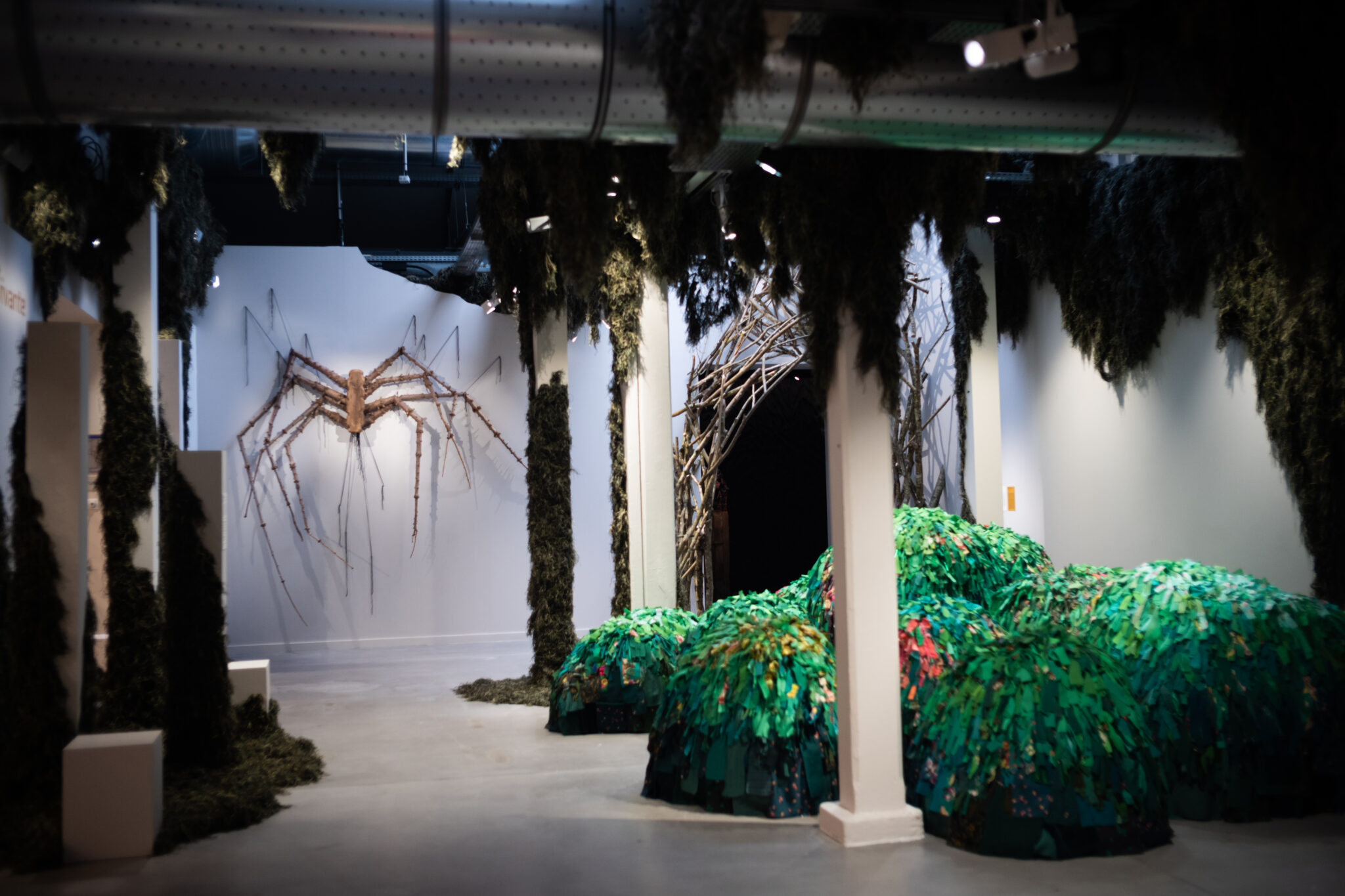 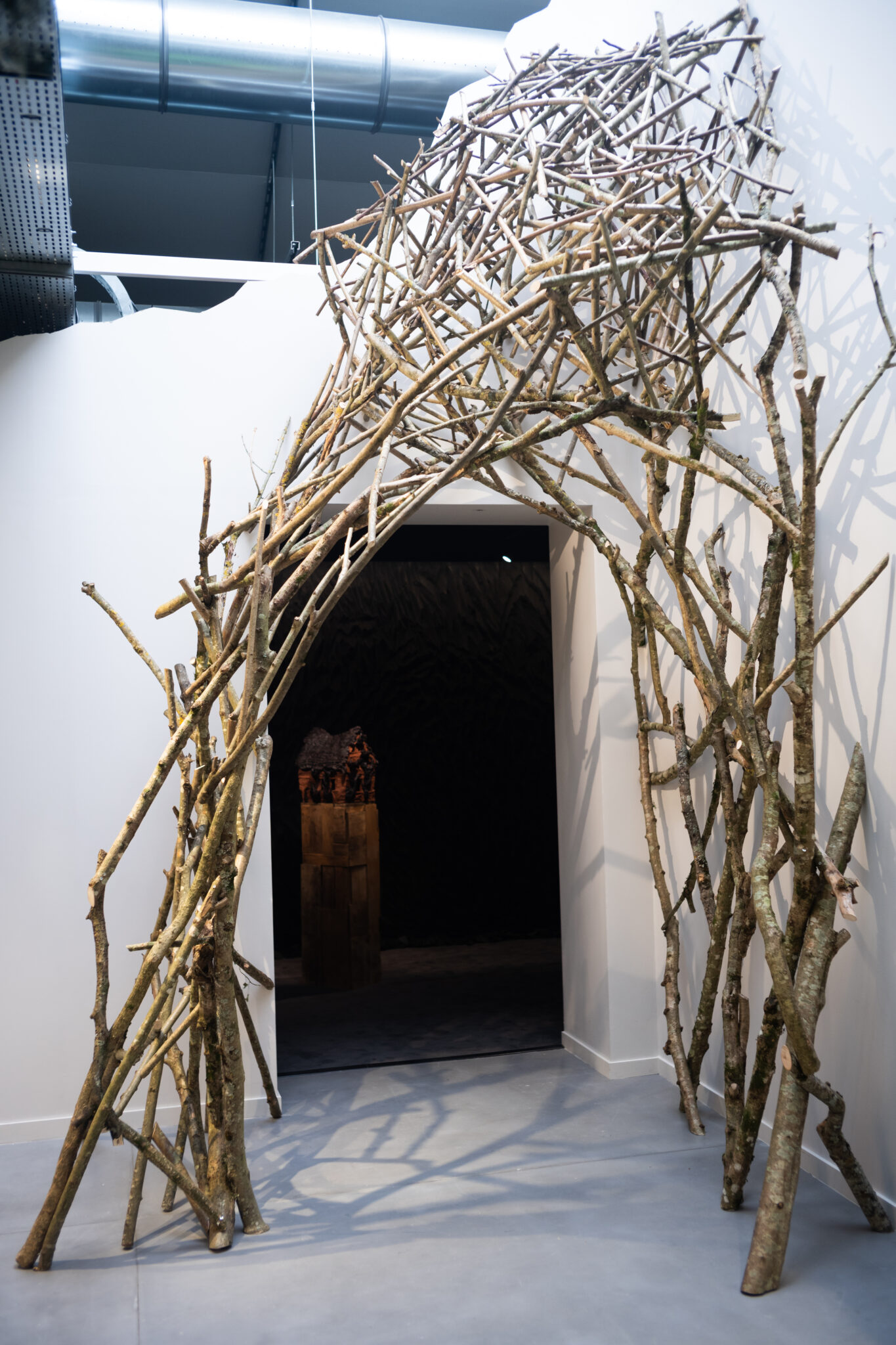 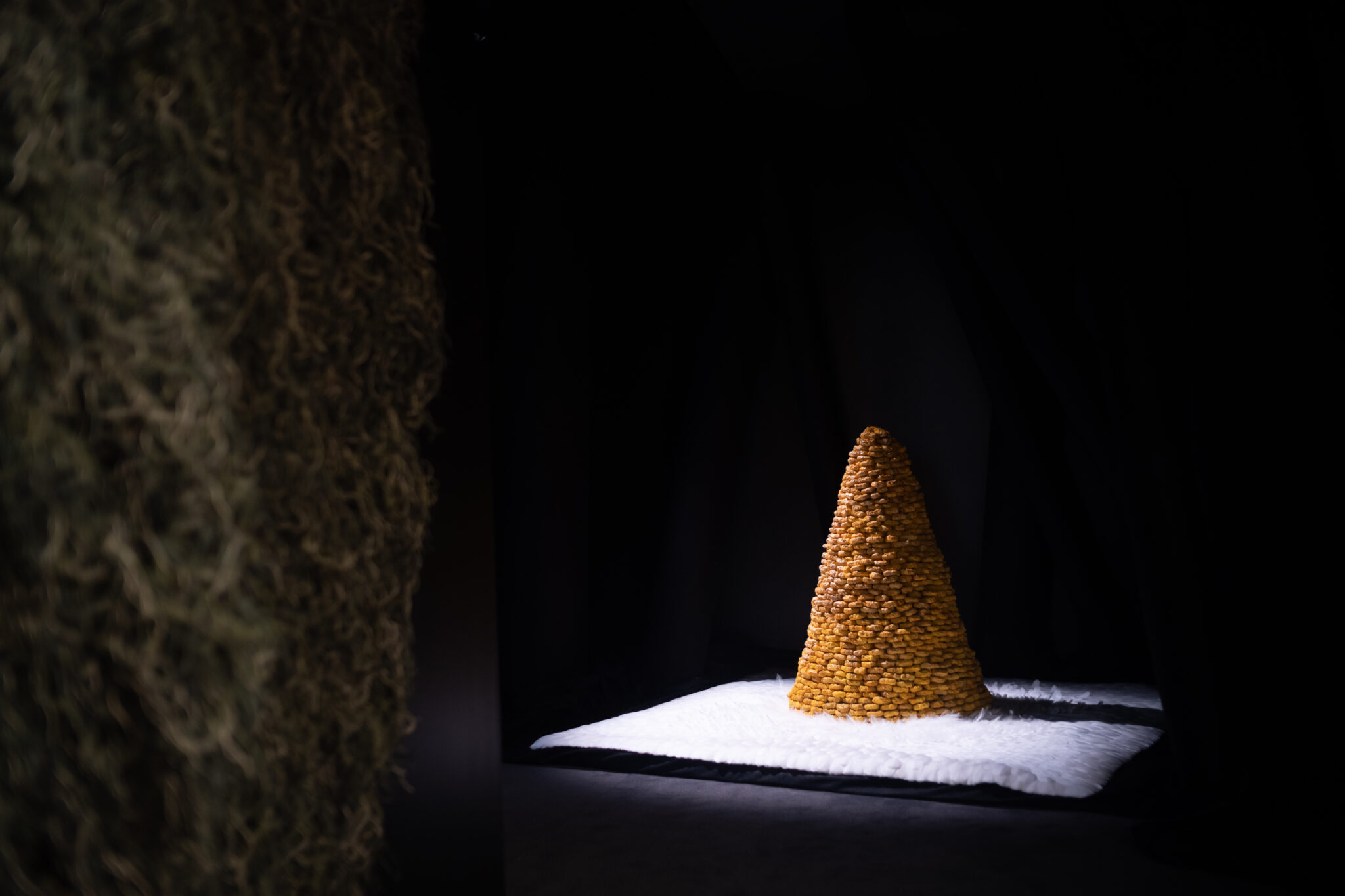 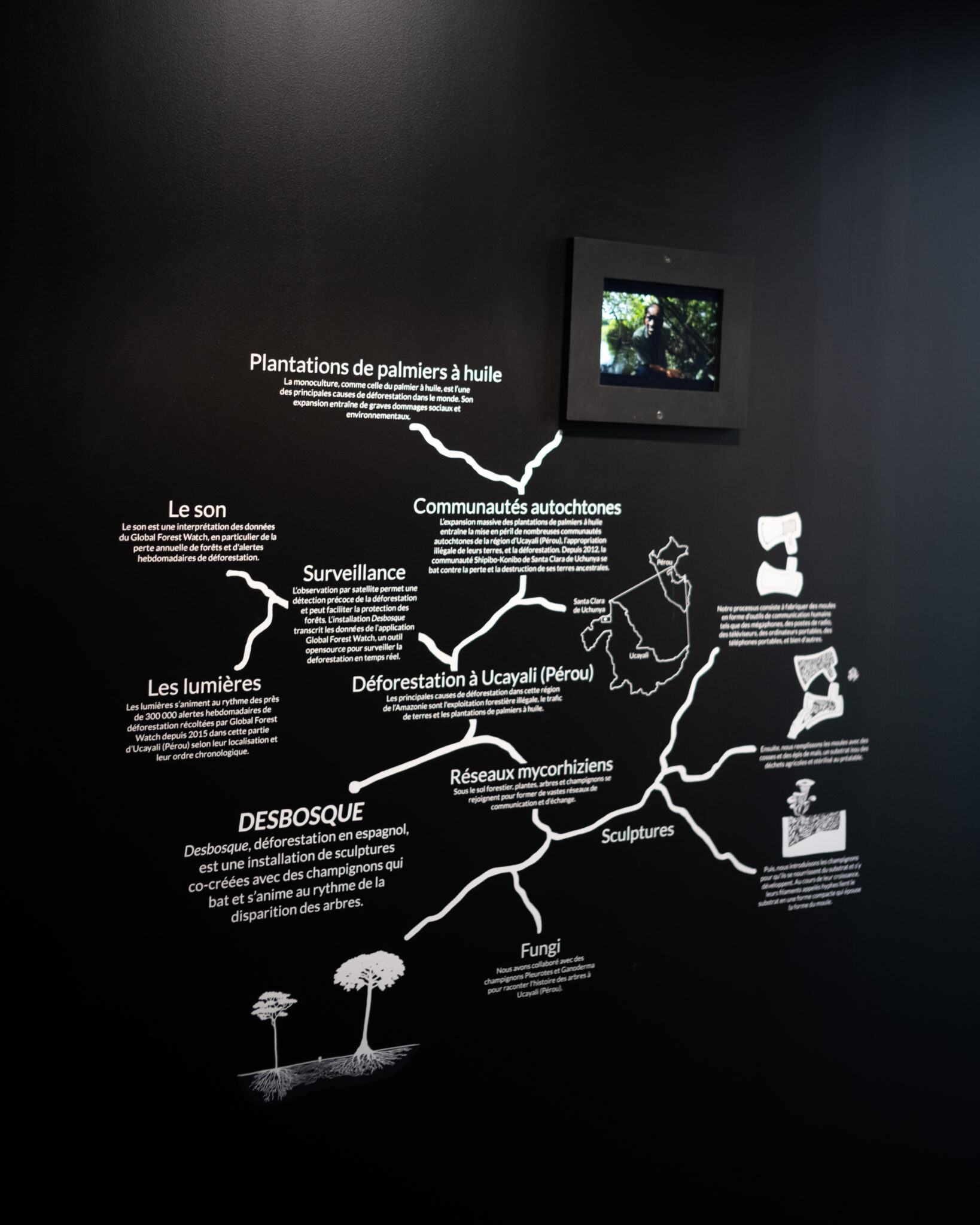 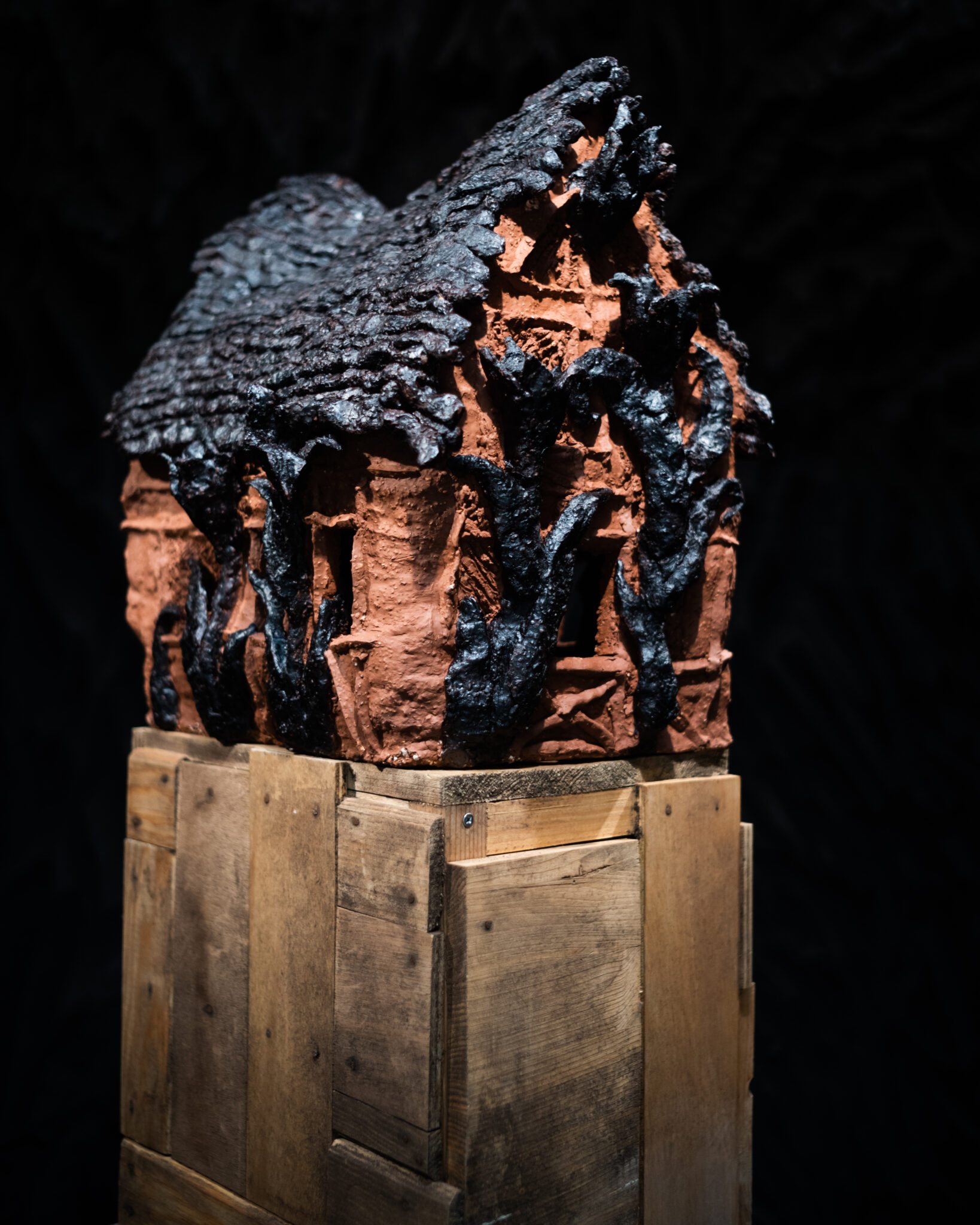 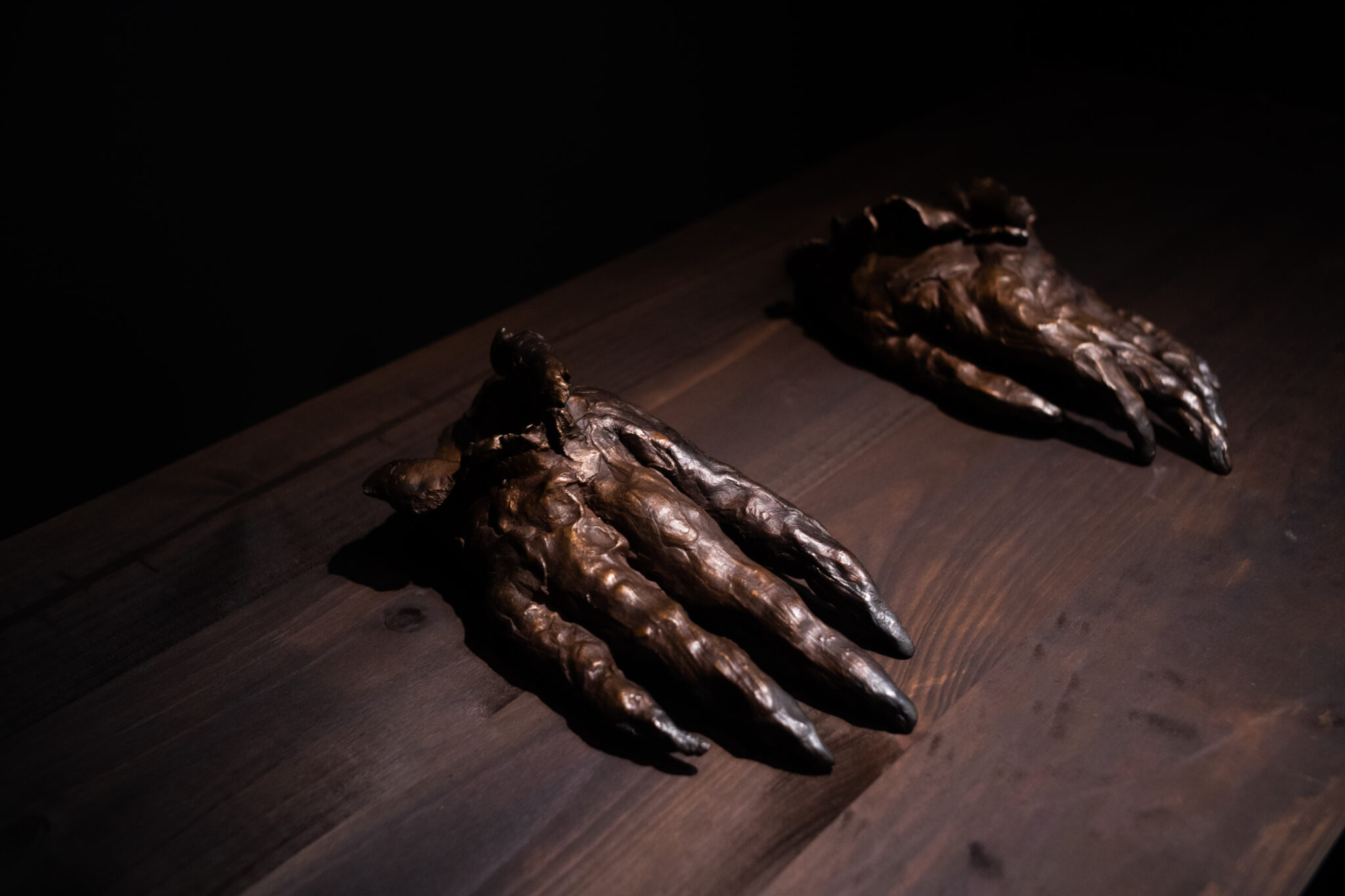 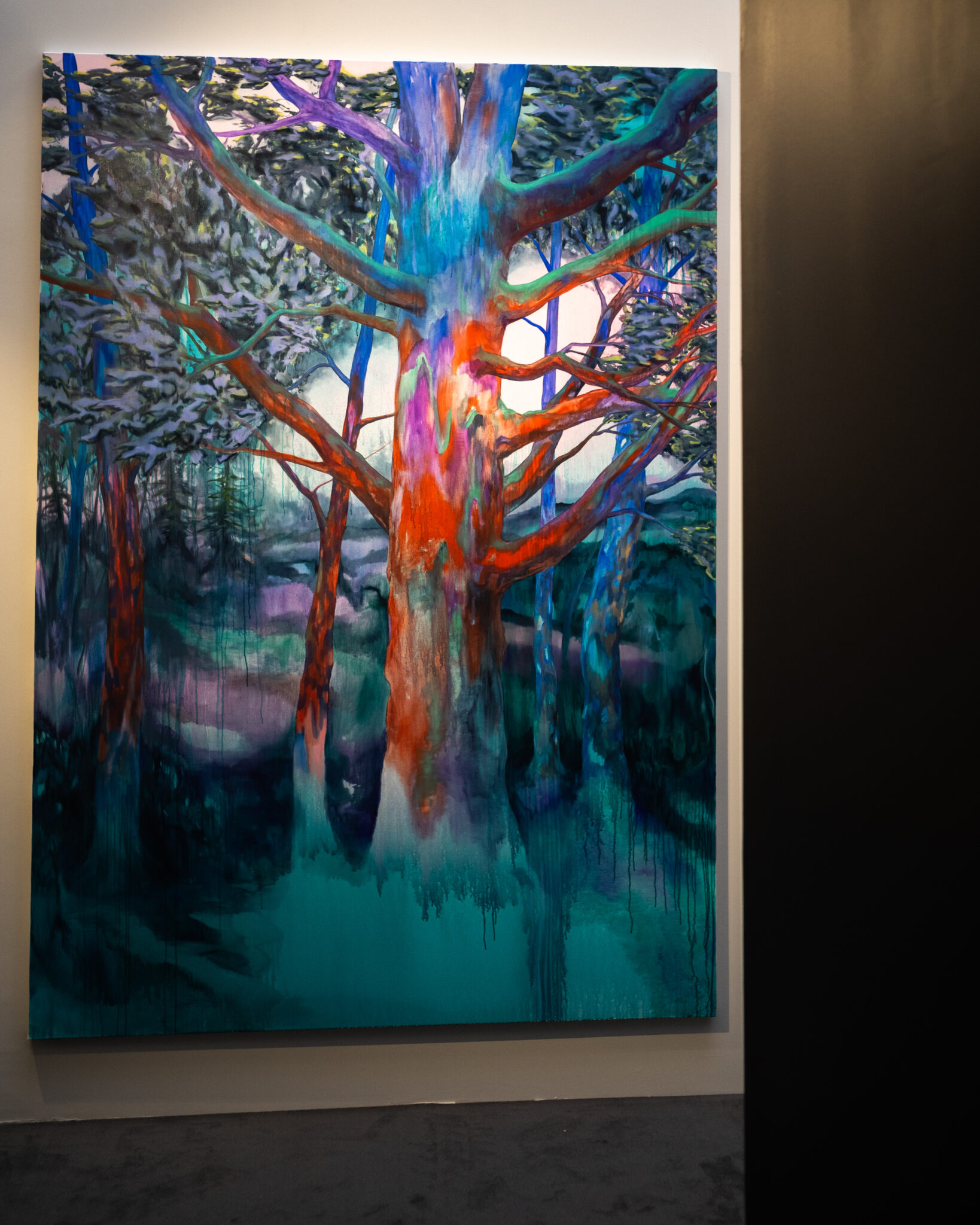 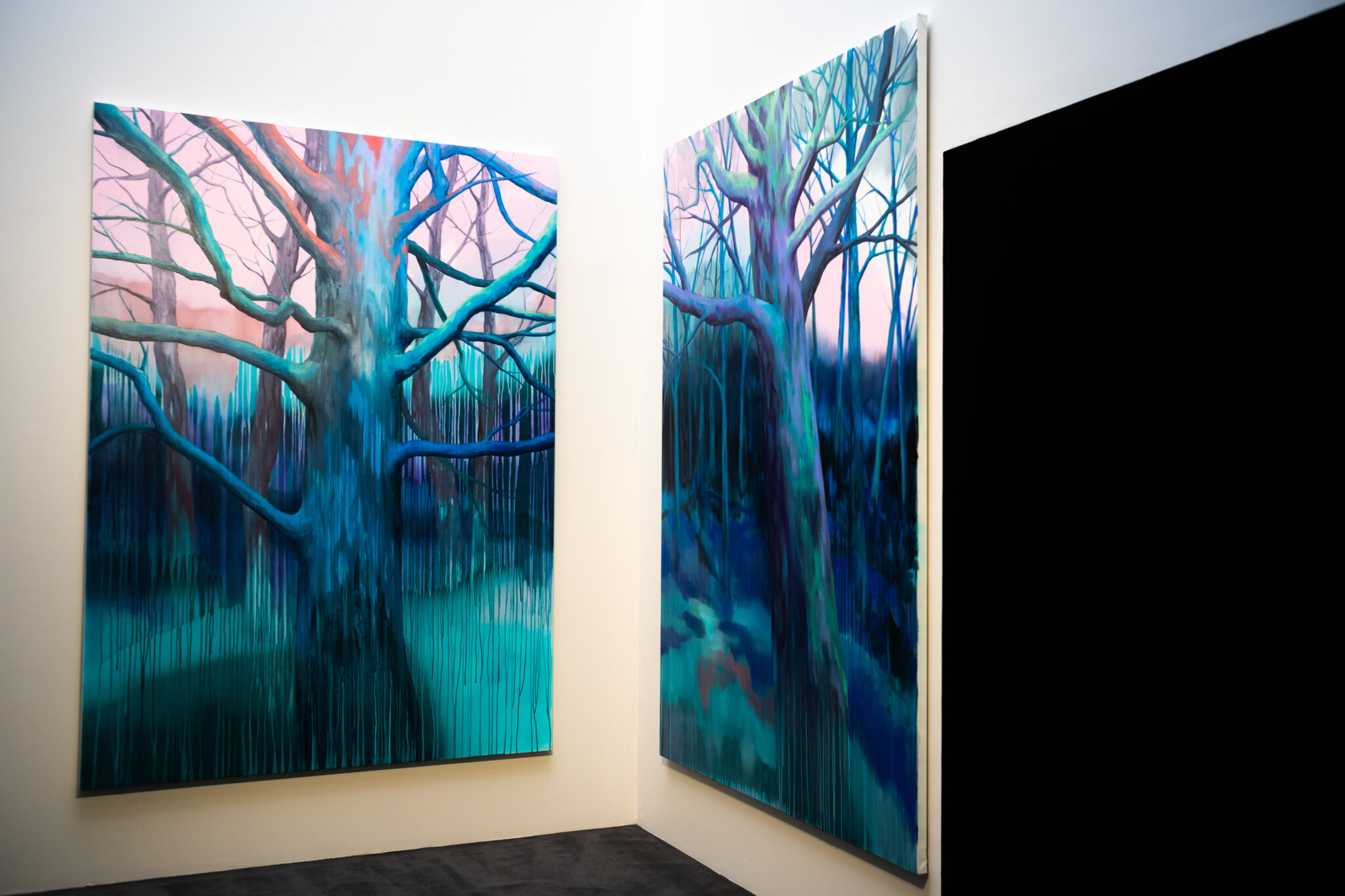 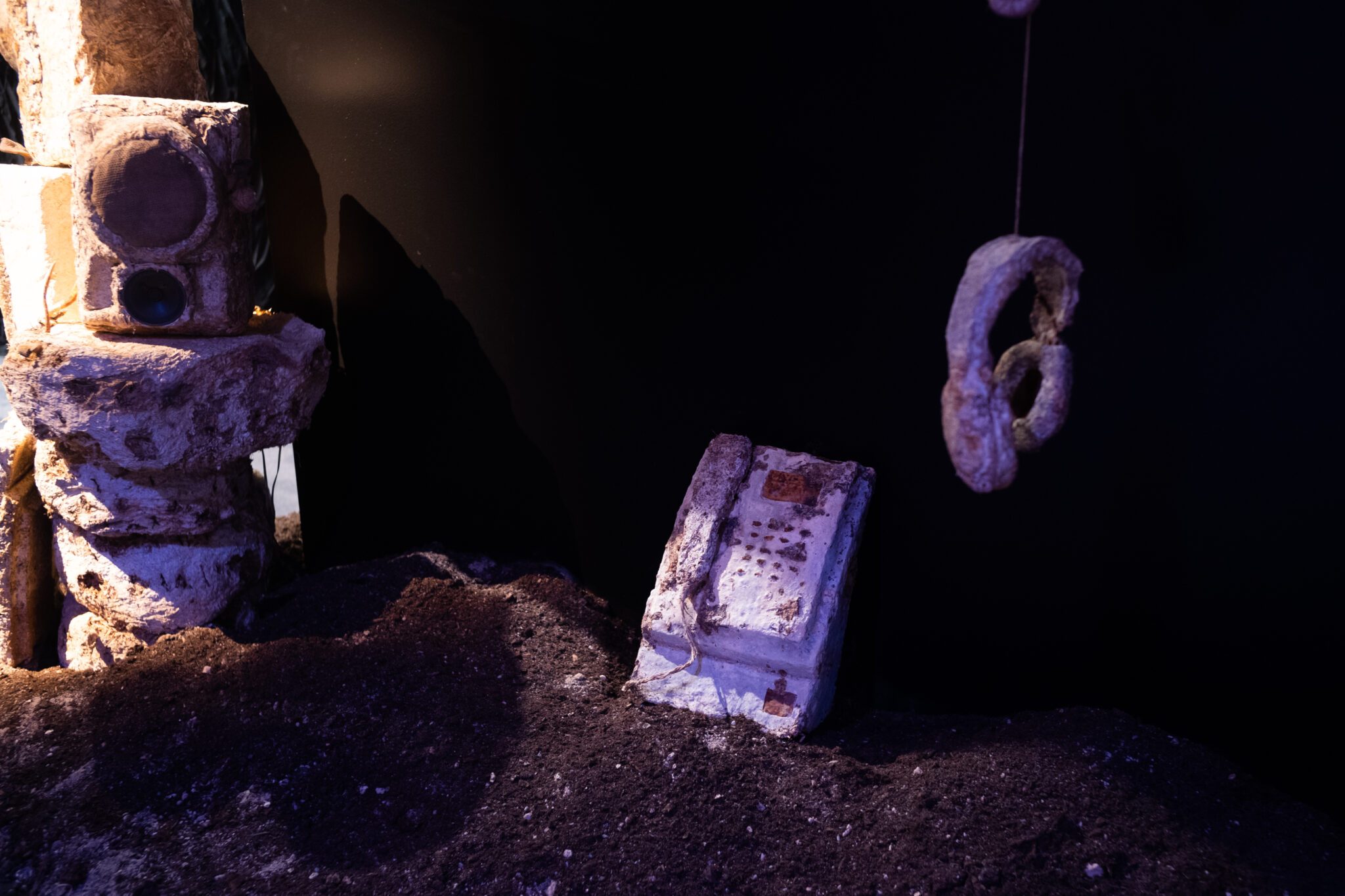 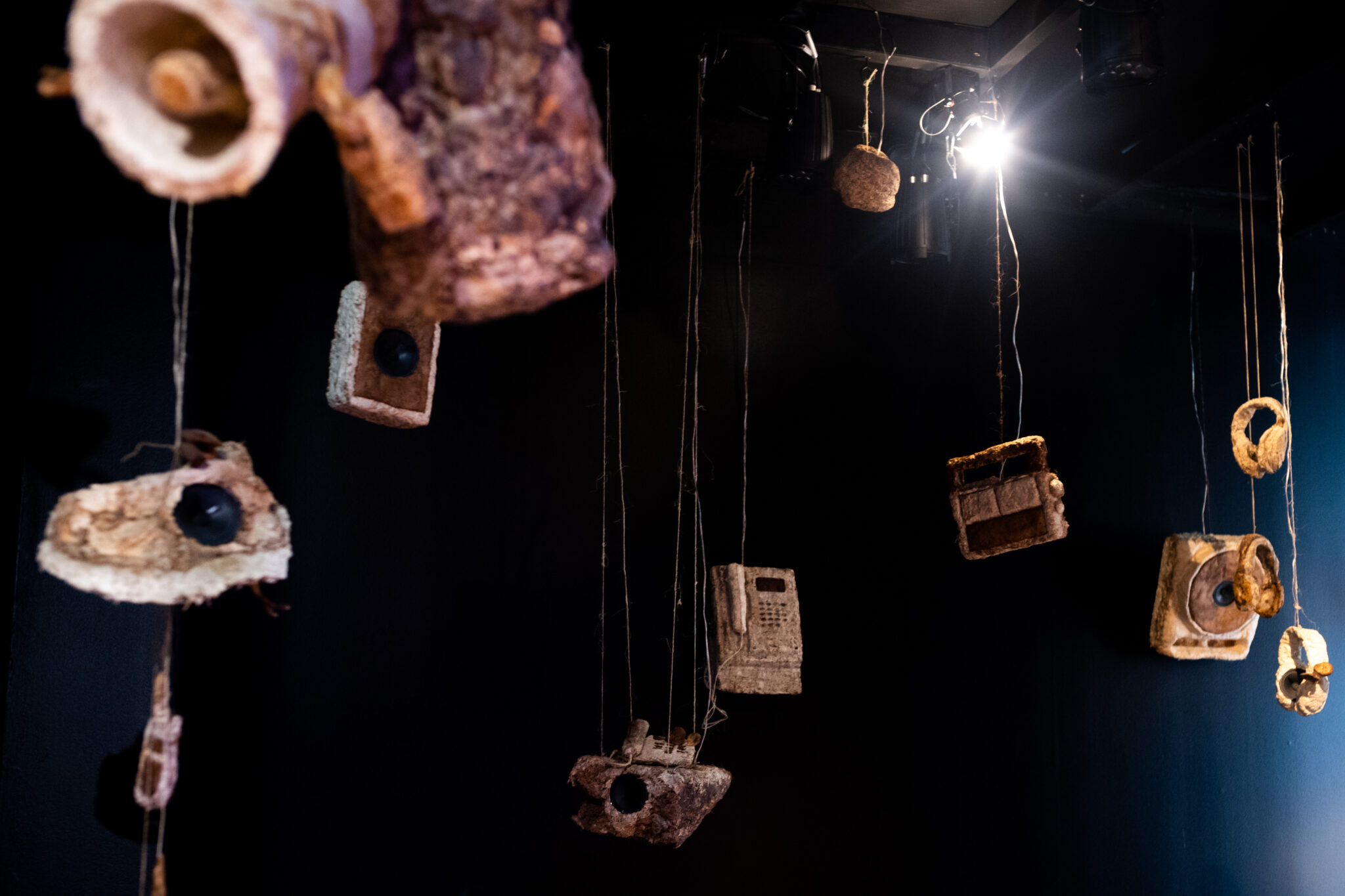 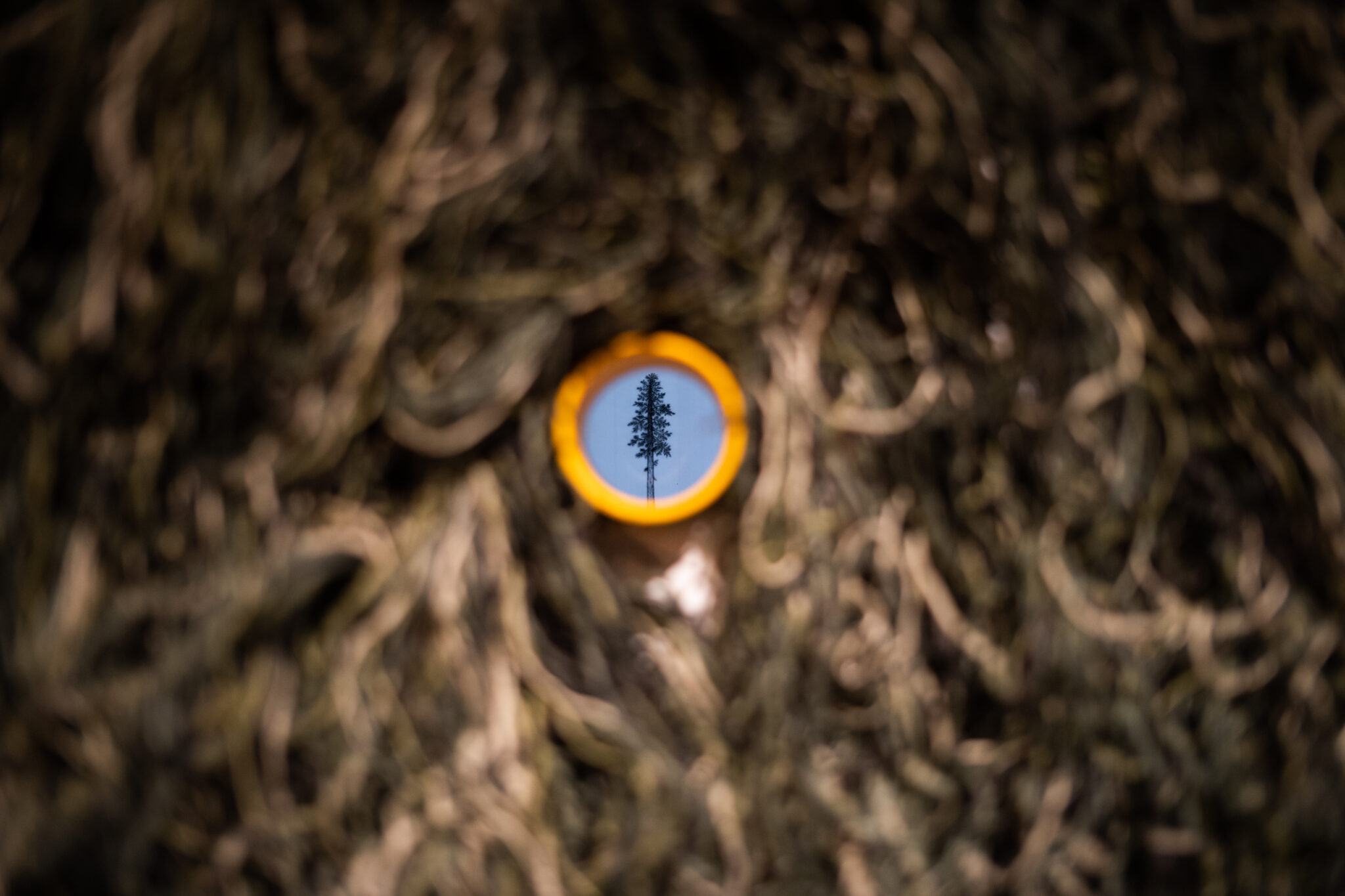 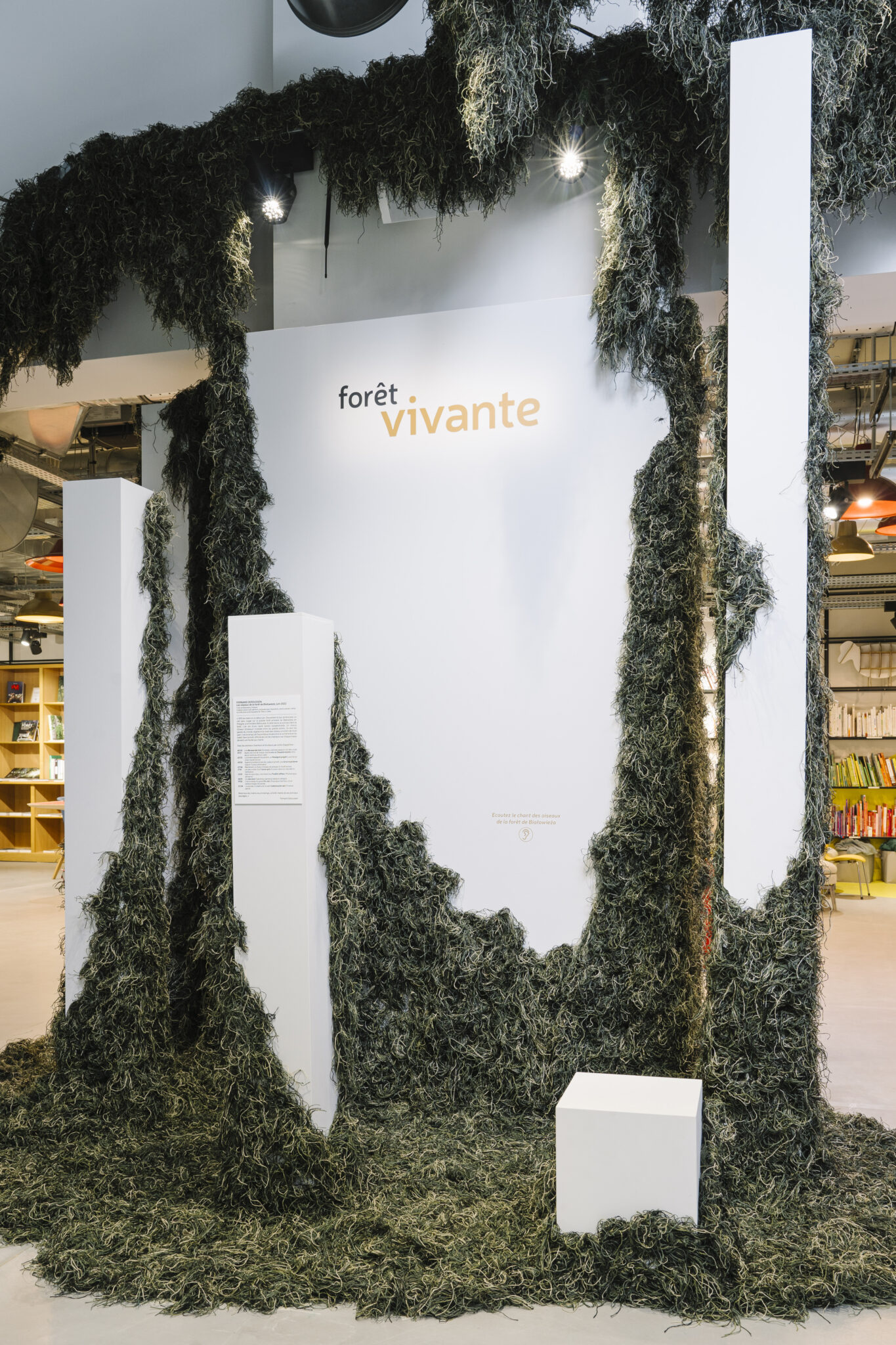 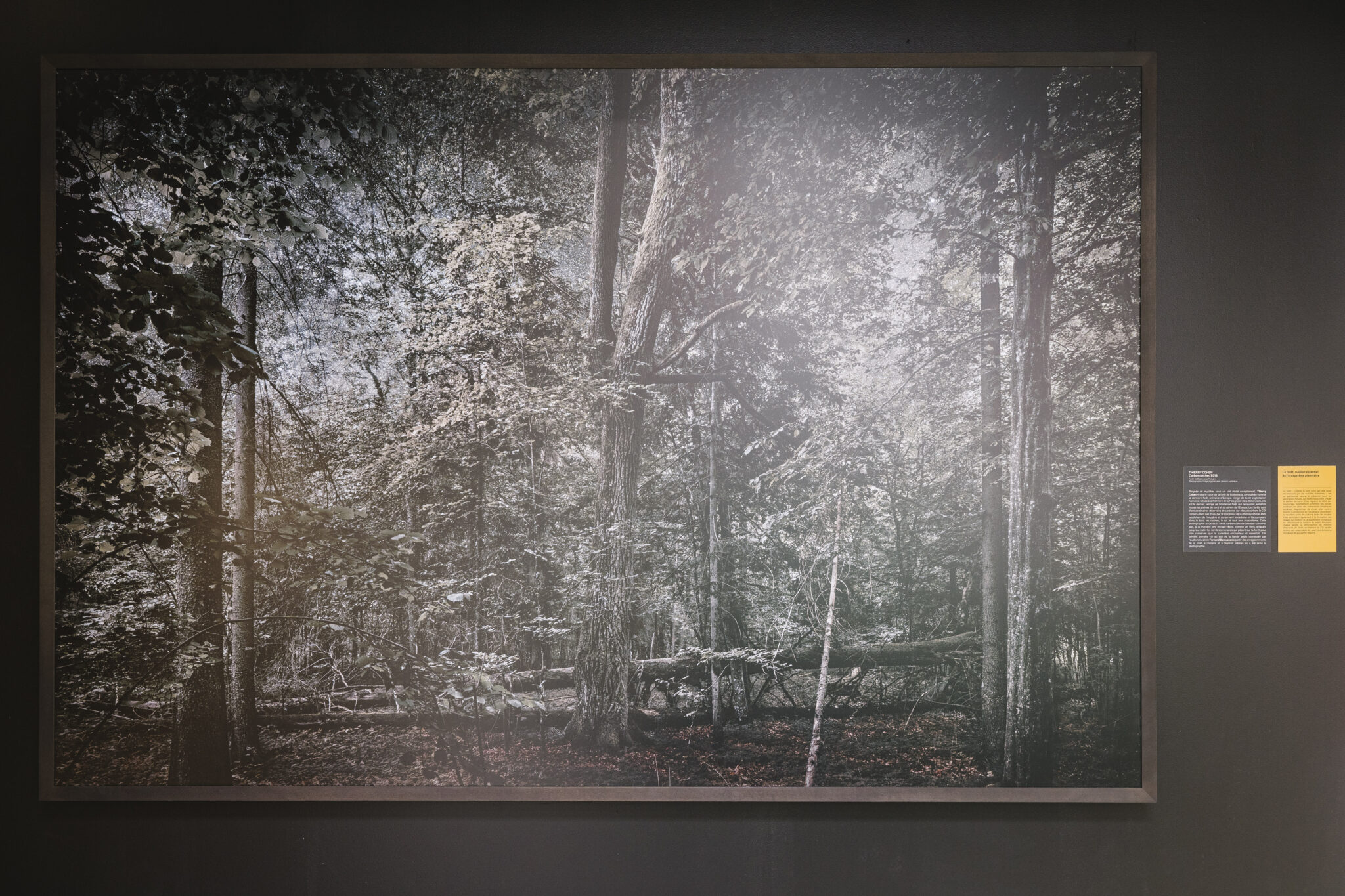 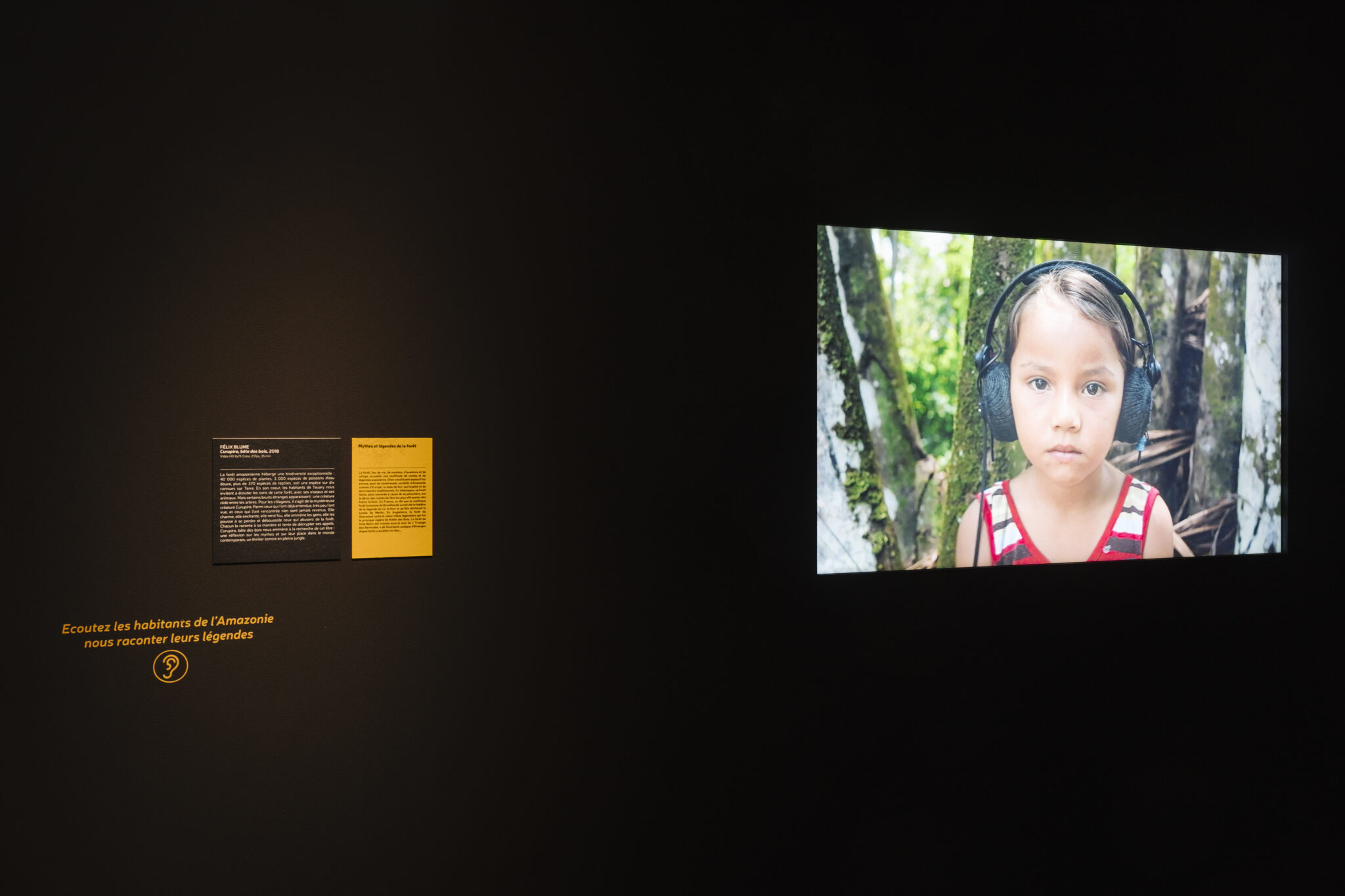 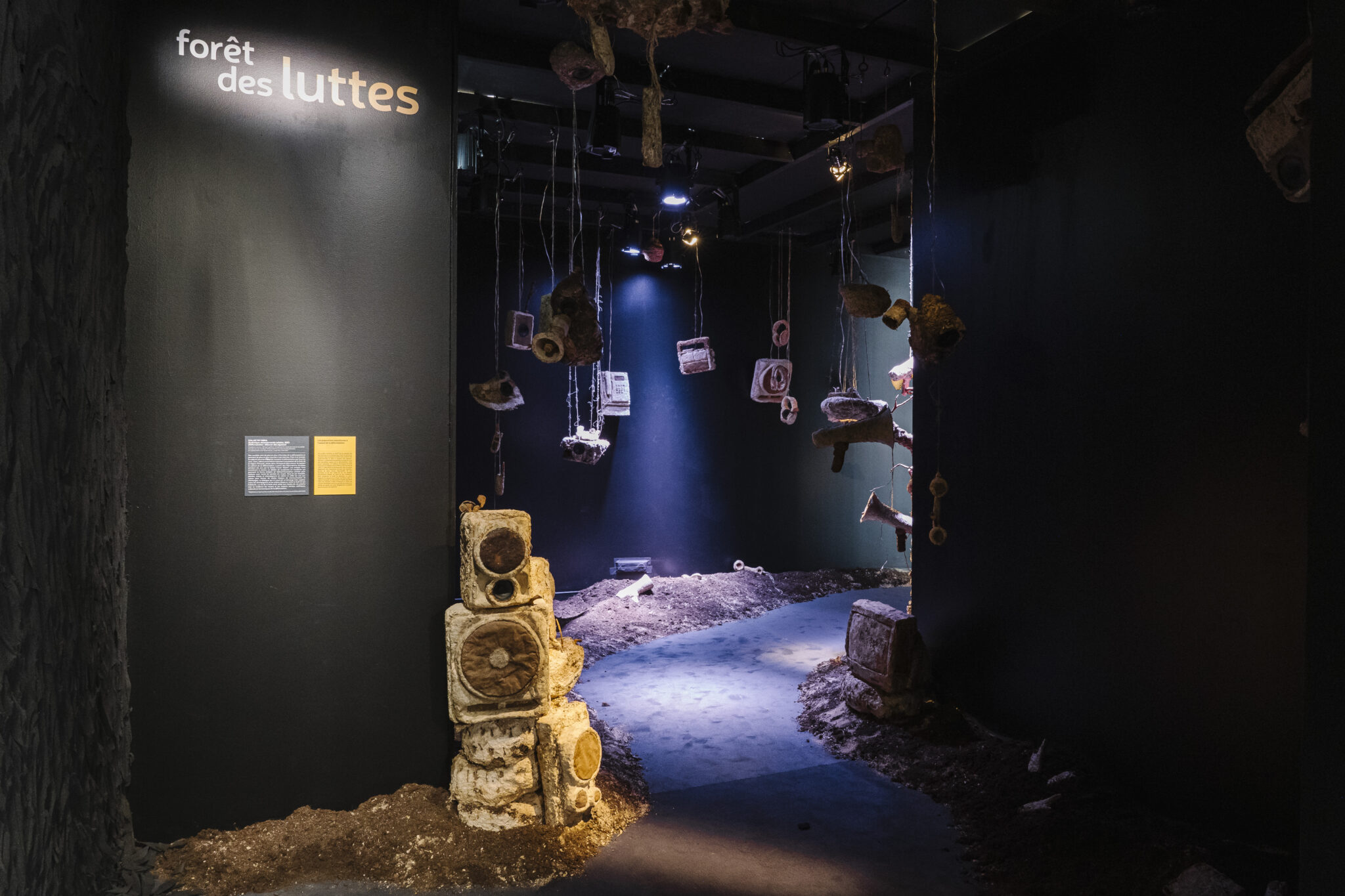 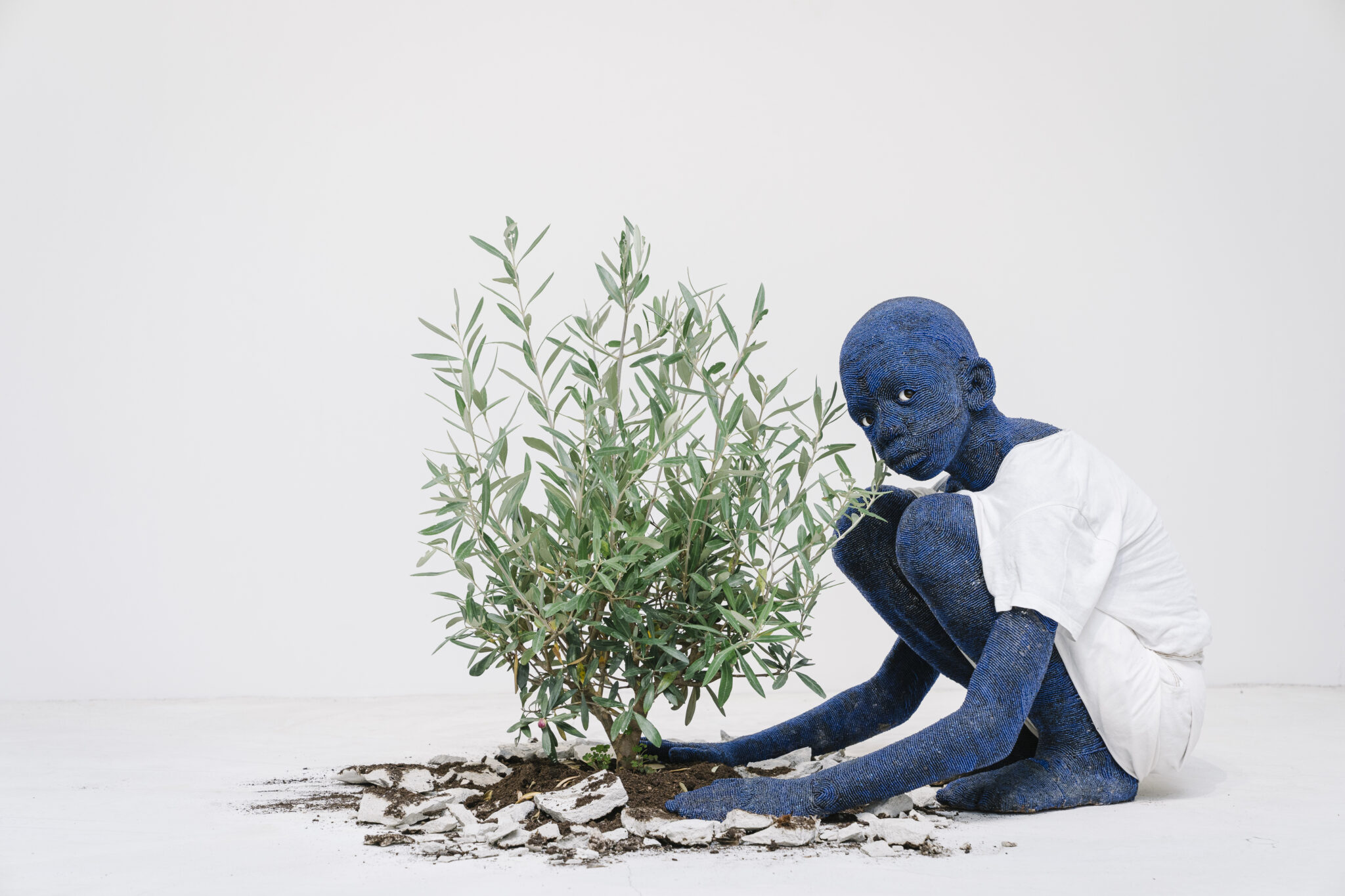 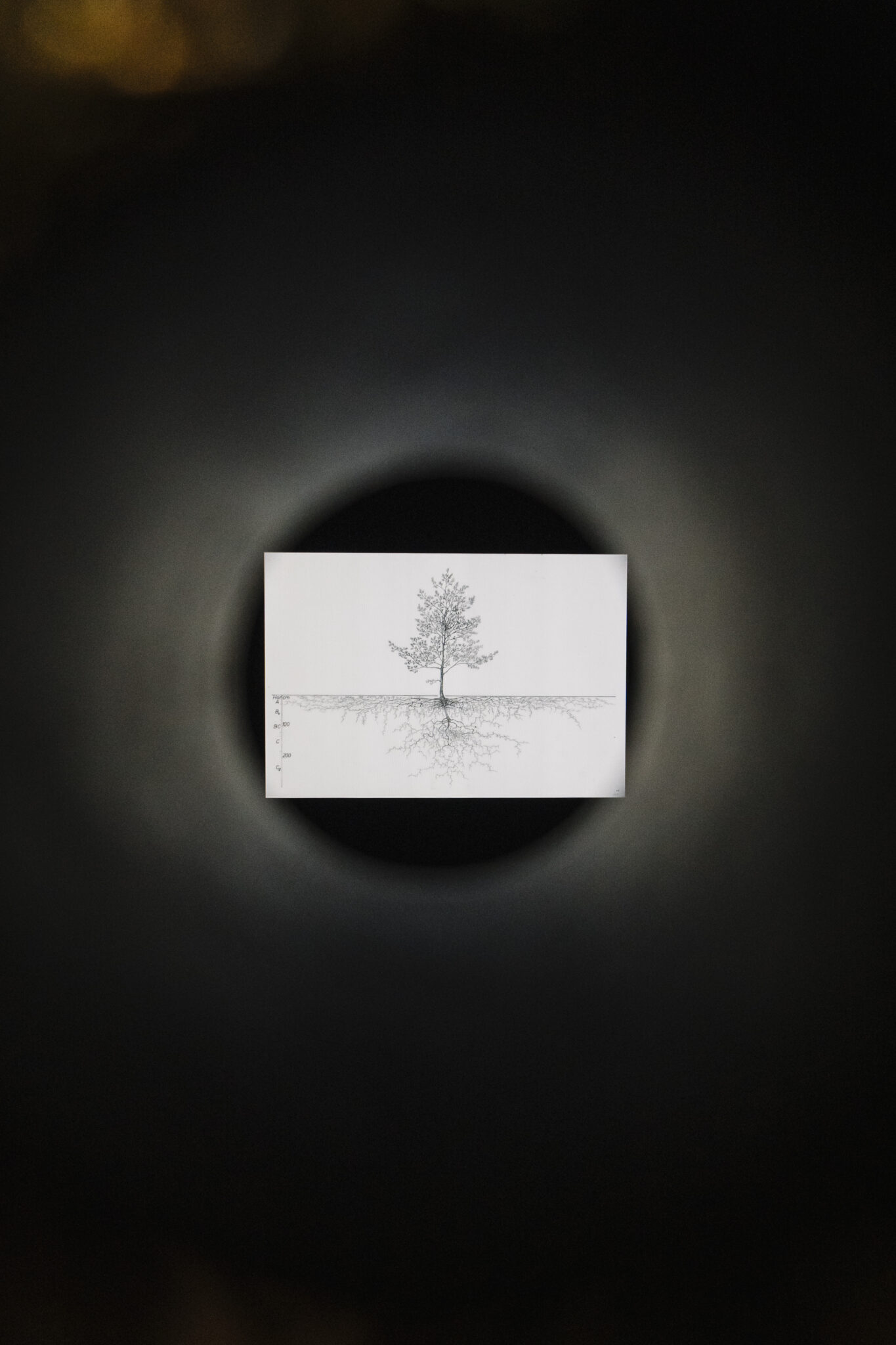