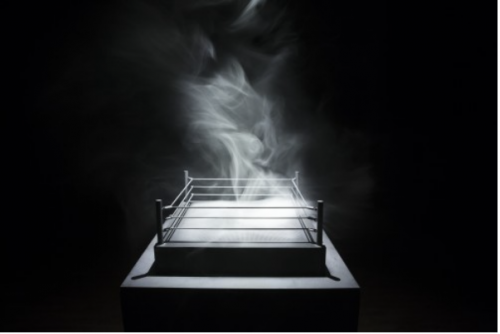 From March 19 to May 22, the CEEAC and COAL present the exhibition “Now Watching” which celebrates the 10th anniversary of the artist-in-residence exchange program between the Centre Européen d’Actions Artistiques Contemporaines (CEAAC) of Strasbourg and the National Art Studio of Changdong and Goyang managed by the National Museum of Modern and Contemporary Art of Seoul.

Seizing the opportunity of the France-Korea year, the CEAAC, together with COAL, wished to pay tribute and thank the actors of this fruitful collaboration by presenting the works of the twenty French and Korean artists who participated in these cross-residencies.

Born in 2005 as a result of a project by the artist Cécile Straumann in South Korea, this exchange program allows artists to reside for three months in Strasbourg and Seoul each year, with an apartment, a studio, a travel grant and a production grant. Encouraged and stimulated by open workshops and meetings with guest curators and professionals from the local art world, these artists benefit from optimal conditions for creation and dissemination.

The two institutions, driven by the common desire to support contemporary artistic creation and its dissemination to a wide audience, have thus welcomed a diversity of artists from the French and Korean scenes. Emerging and confirmed, they are all now gathered in the art center and the International Space, for the exhibition “Now Watching”, which offers a new opportunity to make the public feel the universal scope of artistic approaches rooted in particularism. The correspondences, sometimes the shocks caused by these encounters between two cultures – like the miniature ring of the Korean duo Mioon – question identity, the body, language, the singularity of the individual in the perspective of what is universal to humanity.

How are the codes of a globalized language of contemporary art conveyed by artists on both sides of the globe? How many misunderstandings and how many happy or unhappy semantic coincidences are involved in these visual and sound worlds?

At a time of increasing globalization, the search for world governance and the development of a globalized subculture via the Internet and the major media, we must learn to immerse ourselves while preserving our identity. It is the key to a future in which individuals can project themselves into the world while having the means to create links across differences.

A doorway to intimacy, on the borders of the West and the Far East, “Now Watching” offers a sensitive experience in which identity is not sacrificed on the altar of exchange, but rather nourishes and enriches it, like these ten years of stories and creations shared between Strasbourg and Seoul.

Open from Wednesday to Sunday from 2pm to 6pm, closed on public holidays.
Guided tours and school visits by appointment at 03 88 25 69 70
(free services)

Event organized within the framework of
France-Korea Year 2015-2016