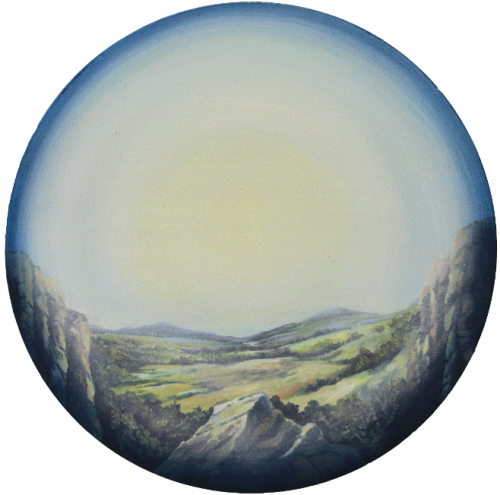 OPENING ON SATURDAY, NOVEMBER 30, at 3pm
with a visit of the exhibition, in presence of the artists
Two free shuttles from Paris
RDV Place du Châtelet at 11am and 1:30pm / Return expected around 5pm
By reservation, before November 27: chamarande@essonne.fr

TRAFFIC INFO / DISRUPTIONS ON RER C LINE
Work is scheduled for Saturday, November 30 on the RER C line to Étampes. Trains are interrupted from Brétigny-Sur-Orge where shuttles are set up to the terminus.

Launch of the 2013-2014 fall-winter season: an official visit will take place at 12 noon at the Orangery.

In the 18th century, Hubert Robert (1733-1808), nicknamed Robert of the Ruins, renewed the genre of landscape by combining the study of nature and poetic fantasy. Painter and draughtsman of gardens (grove of the baths of Apollo in Versailles, domains of Ermenonville and Méréville), he realized in particular around 1785 a View of the Castle of Chamarande, work acquired by the General Council of Essonne in 1998. The painting presents an unusual vision of the castle and its surroundings: a scene of daily life is mixed with imaginary elements, such as the vertiginous cliffs that give a vibrant character to the surrounding forest while it is part of a slightly undulating relief. This picturesque landscape, full of emotion, reveals the artist’s feelings in a sublimated nature.

The exhibition Views, on view from November 30, 2013 through March 30, 2014, proceeds from this shift between real and invented nature (vision). The selection of works by some fifteen French and international artists leads us into a gentle poetic reverie on the history of the point of view and the construction of the landscape. This history of landscape painting reached its peak in Italy in the 18th century with the vedustist painters. The vedute (views in French) are landscapes certainly built according to the principles of perspective but nevertheless transformed and staged by the point of view (the feeling) of the painters. Today still, projecting on the world their visions and their states of mind, the artists compose and recompose the real; they shape the representations of our environments.

The exhibited paintings offer us a panorama of possible and imaginary realities, where present elements, old memories and future projections are mixed. They are all pieces of evidence, montages to decipher, references to discover: they evoke a world in social, urban and environmental mutation. Figurative canvases, therefore, but not necessarily realistic, in which the pleasure of recognition (the motif) as well as that of fantasy (the enigma and the fable) are played out. Modernity carries the idea of a world that changes, that changes faster and faster, that changes at full speed. Here, neither radical rupture, nor clean slate of the past, it is on the contrary the continuity which is underlined. The future is no longer an unattainable absolute (progress) but a situation that is catching up with us, with climatic disorders and transformations of the balance of forces on the planet.

Conjugated to the future tense, the exhibition Views invites us to imagine and contemplate a future of possibilities. Again in homage to Hubert Robert, who was also Keeper of the Central Museum of Art (now the Louvre), the paintings are hung on a new wooden picture rail that runs from one room to the next. This original scenography transforms the interior spaces of the castle and redesigns the visitor’s path. The games that take place between the painting, the tapestry and the window, between the icon and the pomp, are thus put into perspective. 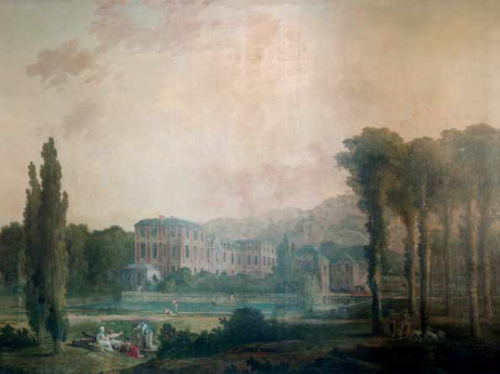