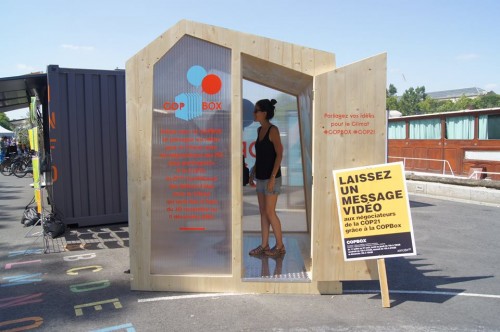 The COPBox is a participative module designed by COAL and Lemoal&Lemoal Architects for the COP21.

Placed in the public space, the COPBox allows any citizen to record a personalized video message to the negotiators of the 195 countries participating in the COP21. Oriented on the sensitization to the climatic stakes, it will be the symbol of the citizen mobilization throughout ArtCOP21 until December.

The climate is everyone’s business and without the involvement of citizens, the international negotiations that will take place at the 21st United Nations Climate Change Conference (COP21) will not be successful. In order to give an account of the citizens’ determination and to bring their voice to the decision-makers, the association COAL Art et Écologie and the agency LEMOAL&LEMOAL Architects, have imagined the COPBox, a participative module designed to collect the citizens’ word and to raise awareness of the climate issues.

This micro-architecture placed in the public space is equipped with a digital application that allows any citizen to share their ideas for the climate by recording a personalized video message intended for the negotiators of the 195 countries gathered at the COP21.

Both unique and linked by the identity of the COPBox, these messages are the symbol of the collective and international mobilization for the climate. They are freely distributed on social networks, on the ArtCOP21 website, the Cultural Agenda of COP21; transmitted to the General Secretariat of COP21 and a selection of the best messages will be projected at Le Bourget on the official website of COP21. 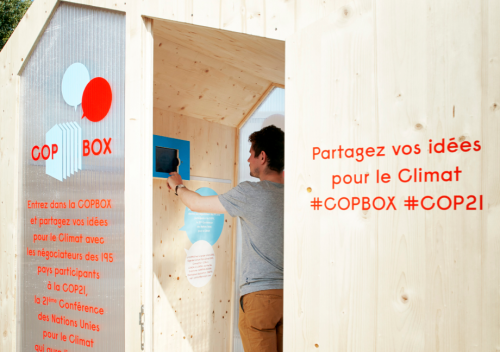 The COPBox is a micro architecture made of standard three ply wood panels allowing an economy of material and time of realization. Its exterior signage, designed by the agency Camping design, invites passers-by to enter. Inside, a tablet integrated into the construction serves as both a digital interface and a camera.

After a short registration process, each participant has 60 seconds to present their ideas. At the end of the recording, he can review his video, validate it or start over. By validating it, he receives it on his mailbox and can then broadcast it on social networks – #COPBOX #COP21. 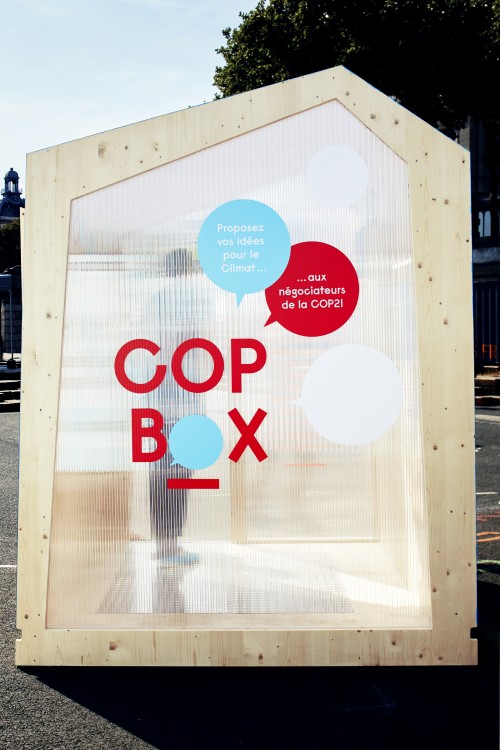 The COPBox application, developed by Onatys, will soon be available on the Apple Store, allowing people to leave messages anywhere in the world. All the videos are moderated and broadcast on the ArtCOP21 website, the Cultural Agenda of COP21.

The COPBox was launched on the Berges de Seine on July 11 during the ArtCOP21 festival and will remain there until August 27. It will then be moved to a dozen cultural and institutional locations in Paris and the surrounding area, until it reaches the civil society village at Le Bourget, during the COP21. 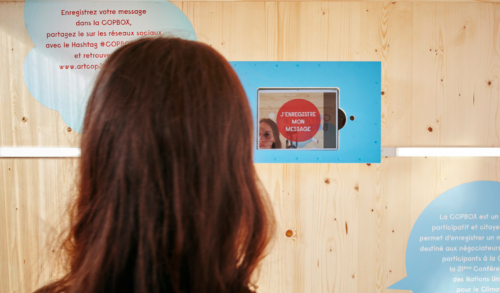 And watch the best video messages on COPBox www.artcop21.com/copbox and facebook 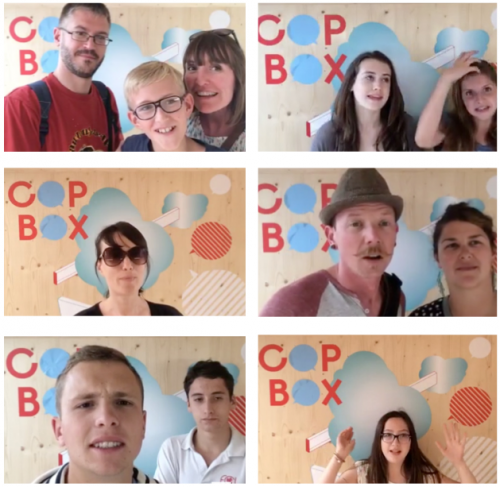