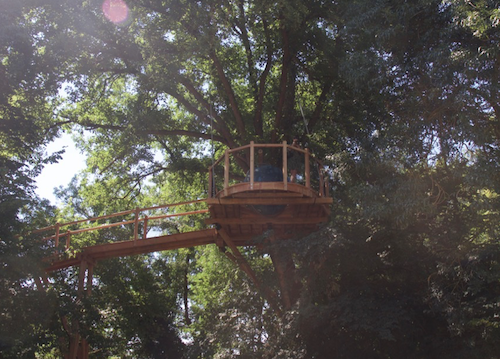 The work Suite de Pan of Thierry Boutonnier will be inaugurated on October 20th in Fleurance. Suite de Pan is an original creation of the artist Thierry Boutonnier, accompanied by COAL, realized within the framework of a public order initiated by the Country Portes de Gascogne. It constitutes a new stage of the course “Art and Environment” which marks out this part of the territory of Gers.

This public commission, located in an ecological zone in the town of Fleurance, explores with sensitivity and aestheticism the responsibility of humans in the extinction crisis of biodiversity. She invites us to take a step back and see and to awaken to life, through art and science.

Suite de Pan is an observatory of endangered biodiversity nestled in an oak tree. There is a contemporary celestial globe engraved with new constellations drawn after the shape of extinct or endangered species. By projecting biodiversity in the sky, the work values the richness of life and reminds us of the interdependence between the infinitely large and the infinitely small. 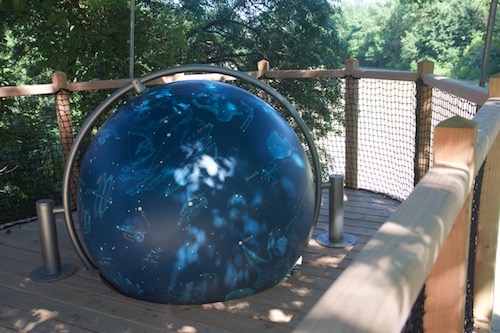 Suite de Pan is a processual and visual work realized in interaction with its social, environmental and economic environment. This is why it is essentially a collective and collaborative project.

It was designed in collaboration with Philippe Heeb, a researcher at the “Evolution and Biological Diversity” laboratory, with the support of COAL, as well as with several local players on the site in question: the regional conservatory of natural areas, CPIE, Ferme aux étoiles, carpenters, associations, walkers, etc., who are accompanying its development and underpinning its concept.

The position in space but also the final shape of the work are the result of a co-construction with all the actors (sponsors, scientists, naturalists, astronomers and artist), after recommendations, studies and faunistic and floristic diagnoses of the territory, with the aim of respecting and continuing to study, in the future, the ecological status of the environment. 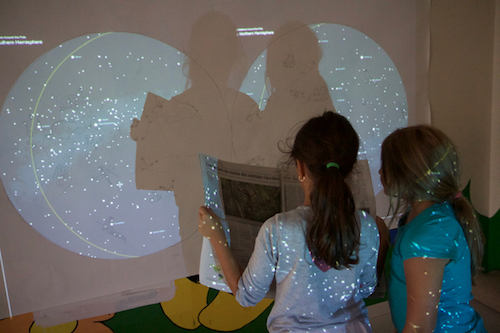 Thierry Boutonnier was born in 1980. He lives and works in Lyon. He develops a work around the notion of domestication. Active and reactive artist, Thierry Boutonnier deploys a wide panel of individual behaviors in reaction to the so-called modern system. It considers the artistic act with the same requirements of information, know-how, identification of objectives, operational research, decision-making imperatives and concentration of means as any project management activity.

Claiming to be non-specialist, versatile and multidisciplinary, he uses all the means at his disposal: performances, videos, sculptures, images and photographs, diagrams, publications… He develops in particular a work around the artistic representation of entomophagy, starting from the observation that in France and in these so-called developed States, we practice an agro-industry catastrophic for employment, hygiene and the environment. He is experimenting with entomophagy by placing it at the heart of collective kitchens in places where knowledge is transmitted: colleges, high schools, universities… 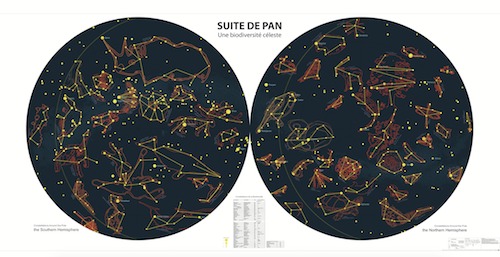 The “Art and Environment” course of the Pays Portes de Gascogne

The principle of the project: to propose to artists to be inspired by a place to create a unique work, inspired by a landscape, the space in which it will take place and its history.

This project is supported by the Ministry of Culture, the DRAC Occitanie, Europe through the LEADER program of the Pays Portes de Gascogne, and the town hall of Fleurance.

Program of the day :

2:30 p.m.: Conference “Biodiversity: Arts and Sciences in the Tragedy of the Commons

Find images of the work on : www.facebook.com 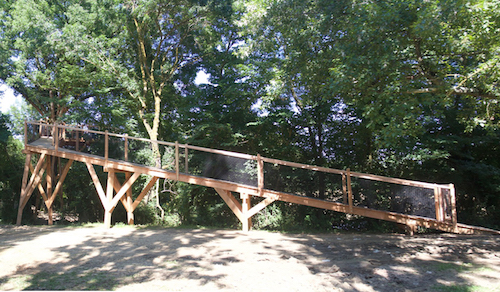