Inauguration of the sustainable culture laboratory 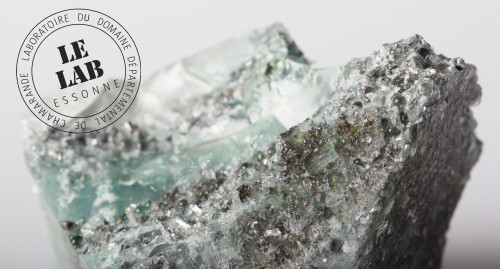 COAL and the Domaine départemental de Chamarande invite you to meet on Sunday, October 11, 2015 from 2:30 to 5:30 pm to celebrate art and science and inaugurate the first laboratory dedicated to sustainable culture!

This day of discovery as part of the 2015 Fête de la Science will be the occasion to inaugurate the Sustainable Culture Laboratory. COAL and the Domaine invite artists, scientists and innovators from the environmental field to explore and respond together to the major challenges of tomorrow’s world.

The Laboratory of Sustainable Culture

The Domaine de Chamarande in Essonne is a place of life and experimentation of sustainable culture. Chamarande has become a place where the work of all those involved in sustainable culture (artists, designers, cultural project managers, scientists, researchers in the humanities, journalists, etc.) is welcomed and disseminated. The creation of the LAB, the sustainable culture laboratory, is a new step in this site project.

The Laboratory of Sustainable Culture is a new proposal that aims to identify, experiment and think about actions and works that bring into play the transformation of the uses of public space, initiate new social and economic relationships and integrate ecological issues by changing our representations.

This research and experimentation program, dedicated to an annual theme, brings together artists, scientists from the natural sciences and scientists from the humanities, under the direction of a senior researcher to make the link between the different approaches in order to build and propose to the public, together, a global perception of environmental issues.

Laboratory of sustainable culture covers and animates all the artistic experiments carried out on the Domaine de Chamarande since 2012 and its new site project implemented with COAL around sustainable culture. It accompanies experiments in progress (Living on the edge of Liliana Motta, the Garden Forest of Astrid Verspieren, the hammock tables of Encore Heureux and the picnic tables of Cédric Carles and Marie Broussard, Gilles Bruni …) and launches new experiments around the selected themes, starting in 2015 with the theme of soils as part of the international year of soils.

Soils have long been considered as an inexhaustible production medium. However, it is a fragile and non-renewable heritage on a human scale. A complex, living and organized ecosystem, the soil fulfills systemic functions: it produces food, fiber and energy; it regulates water flows and quality; it recycles exogenous organic matter, which contributes to carbon storage, to the provision of nutrients and to the regulation of greenhouse gases and climate change; the soil is also the living environment of many animal and plant species, the support of landscapes and a genetic reserve (many antibiotics are produced by soil fungi). Beyond its ecosystemic qualities, the soil also has a strong cultural and social significance: it is the support of human activities, the environment of conservation of archaeological remains and memory of past climatic and biological conditions, a source of building materials, fuels, ores, pigments….

The year 2015 has been designated the International Year of Soils by the FAO – the Food and Agriculture Organization of the United Nations.

Let’s meet with COAL and Nathalie Blanc, geographer associated with the Laboratoire des Dynamiques Sociales et Recomposition des Espaces (LADYSS), around the artists Yesenia Thibault-Picazo and Anaïs Tondeur and the scientists Marine Legrand, Germain Meulemans and Alan Vergnes to talk about the first experiments carried out on the soils of the Domaine; and meet the landscape artist Liliana Motta on the project of differentiated management Living on the Edge launched in 2013.
Meeting at the castle

> 15h30-16h30 / Workshop-meeting : the fight for land use in Essonne
Attend the restitution of the residency Mission EROS (Escadrille de Reconnaissance et d’Observation Sensible) led in Essonne by the collective COLOCO, and exchange with Pablo Georgieff, landscape architect and founder of COLOCO, on the transformations of the rural/urban landscape and the stakes of territories in a department in full mutation.
Meeting at the castle

> 16h30-17h30 / Soil study: the history under our feet
Join a team of geologists and ecologists in analyzing the Domaine’s soils around a pedological pit; then study the functioning of an anthill to better understand how our activities affect the soil…
Meeting at the castle

> 12h-18h / Exhibition: nature of soils
Discover with the artists Yesenia Thibault-Picazo and Anaïs Tondeur the installations they have imagined inspired by the elements that make up the soil of our Earth.
Meeting at the auditorium

> 12h-18h / Archives : history of lands
Consult old documents, preserved in the Essonne Departmental Archives, on the history of the Chamarande Estate and related to the evolution of its land parcels.
Meeting at the auditorium