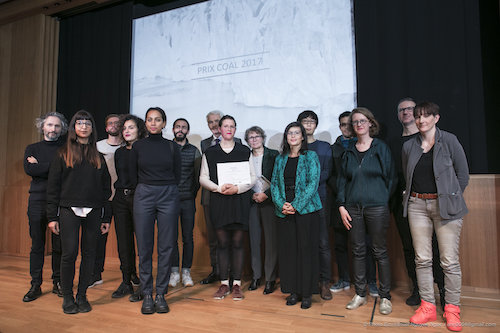 > Review the call for projects 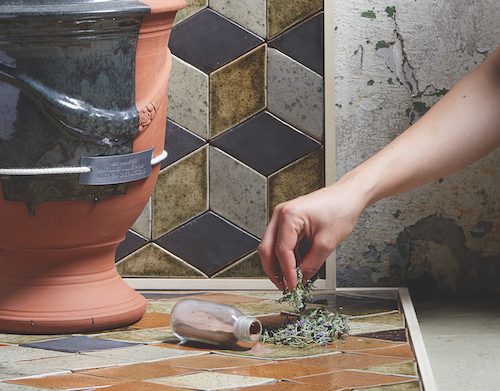 A 2016 graduate of the Design Academy in Eindhoven, Anne Fischer uses design to provide answers, aesthetically and sensitively, to current problems. Her practice is nourished by multiple collaborations with scientists and craftsmen, whose expertise she democratizes through a creative approach. Modular bench to raise awareness of the diversity of the Amazonian forest or toilet bowl for the elderly, his pieces, by exploring the material, are part of a strong ecological, economic and social dynamic. Anne Fischer was born in 1988 in Schiltigheim, France. She lives and works in Paris.

His project Rising from its Ashes, was born on the site of Avinières, in a small Cévennes hamlet. This is where two field flowers, Anthyllis vulneraria and Noccaea caerulescens, have adapted over time to decontaminate the soil of this zinc mine, one of the oldest in France. These two herbaceous plants, which scientists call hyperaccumulators, extract and store heavy metals from polluted substrates, but in turn become toxic. Anthyllis vulneraria and Noccaea caerulescens , used in phytoremediation processes (i.e. depollution by plants), would require more than half a century to purify the Avinières site, hence the need to consider the future of these plantations. In collaboration with Claude Grison, a chemist at the CNRS ChimEco laboratory in Montpellier, Anne Fischer has been looking for ways to use these strange plants. It was by looking at the history of the region that the designer envisioned enamels from it. In addition to their mining resources, the Cevennes were indeed very well known for their pottery: at the time of Louis XIV, the vases of Anduzes knew their hour of glory, their large pots being used as containers for the collection of orange trees of Versailles. Anthyllis vulneraria and Noccaea caerulescens, calcined at low temperature, produce glazes with particular shades, which neutralize the toxic effects of heavy metals in a thin layer of glass. Anne Fischer wishes to explore the potential of these plants to link industrial past and tradition, revitalizing a region and its heritage. 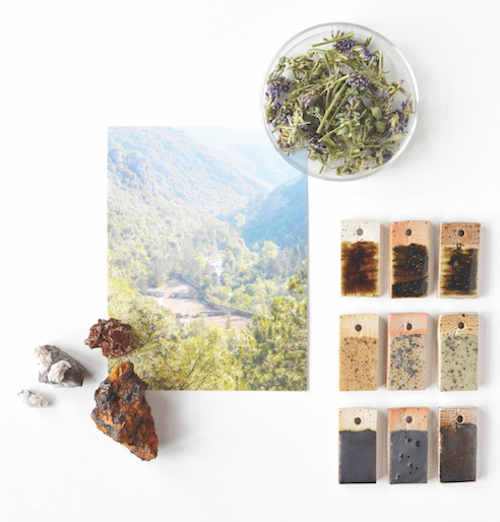 The winner of the 2017 COAL Art and Environment Prize receives an endowment of 5,000 euros and a residency at the Domaine de Belval, property of the François Sommer Foundation, with additional financial support for production.

The other nine artists nominated for the 2017 COAL Art and Environment Award:

Discover all the projects in the COAL Prize 2017 catalog 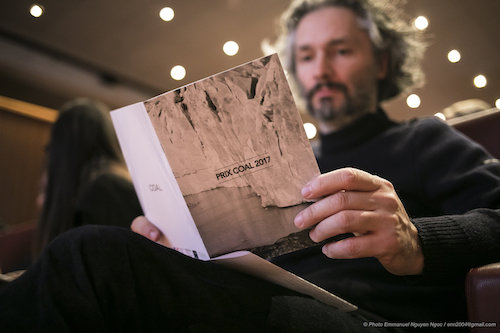 In eight editions, the COAL Prize has become the international meeting place for artists who take up the main universal issue of our time: ecology. This year again, nearly 350 artists from 66 countries representing six continents competed in an international call for projects. Sponsored by the Ministry of Culture and the Ministry of Ecological Transition and Solidarity, the 2017 COAL Prize was awarded on November 29 to the artist Anne Fischer for the project Rising from its AshesThe award was presented at a ceremony held in Paris at the Musée de la Chasse et de la Nature, with the support of the French Ministry of Culture, the European Union and the Imagine2020 network, the Musée de la Chasse et de la Nature – Fondation François Sommer and in partnership with the Agence française pour la Biodiversité and the Centre Français des Fonds et Fondations.