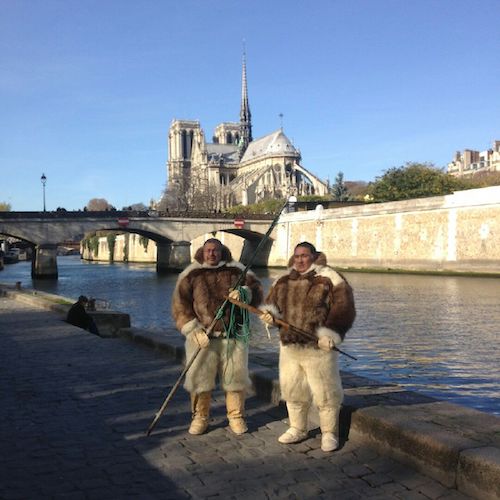 Review the entirety of the Creative Parties Conference organized by COAL and the Gaité lyrique, during the COP21, from December 1st to 11th.

The Conference of Creative Parties is a public and international summit that relies on imagination, creativity and collaboration to build and invent together another response to the climate challenges that will be debated at the same time in Paris by the negotiators of the 21st United Nations Climate Conference (COP21).

From December 1 to 11, 2015, COAL and the Gaité lyrique invited a hundred eloquent and inspiring international creators, artists, architects, scientists and thinkers to reinvent together, the imagination of another possible, positive and sustainable world.

Conferences of Parties (COP) are technical and technocratic events, difficult to access for the uninitiated. Negotiations are essentially about regulatory objectives, quotas and financial or generic commitments, at the national and international levels, which are very abstract and remote from citizens.

The Creative Parties Conference assumes that culture is an essential vehicle for sharing common goals of adaptation and climate change, and the main driver for change. In order to draw together a new project of society, it is necessary to develop a common culture that projects us towards other possible worlds.

Alternating each afternoon between collective reflection sessions and interviews with international artists recognized for their commitment, the Creative Parties Conference will lead to the drafting of a manifesto for the culture of tomorrow’s world. Distributed internationally for signature after the COP, the manifesto unites and engages artists from around the world in the manner of the COP 21 resolutions.

All meetings are streamed and archived on the Gaîté lyrique and ArtCOP21 websites. Meetings are held in French or English. They are freely accessible.

2:30 p.m. – Opening of the Conference of the Creative Parties: arts and culture commit to the COP21
In English and streamed 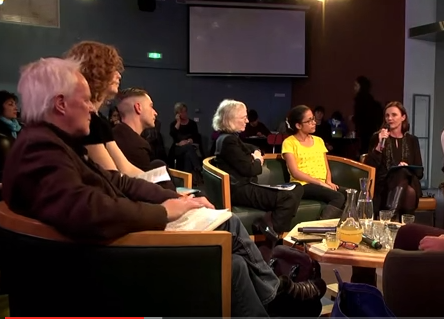 From Rio to COP21, what were the mobilizations of the cultural sector? How did they evolve and, above all, how did the political decision-makers take into account the voice of artists? The opening of the Conference of the Creative Parties is an opportunity to take stock of the mobilizations and to inspire artists to get involved in order to bring the voice of culture to the negotiation agenda. 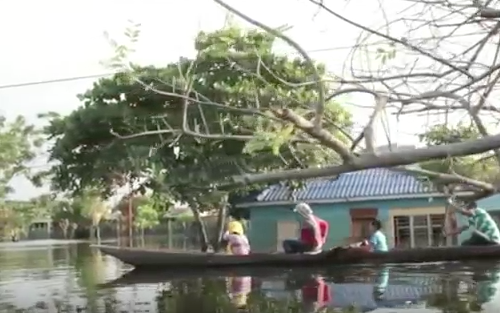 7:19 PM from the Media Center: Battle of the Links

Broadcast every Monday on Canal+, L’Oeil de Links is a collaborative program dedicated to the 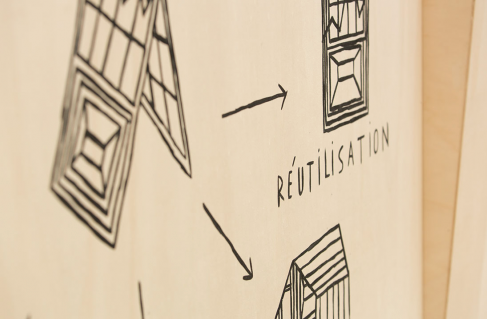 The ecology of artistic practices is undergoing a real transformation, cultural ecosystems are reinventing themselves and distilling new ways of doing and thinking to build a more sustainable world. How are these new modes of knowledge, action and creation developed? What are the forces and dynamics at work? Whether it is in materials, forms and methods, a thought by the environment in which one evolves emerges and initiates other forms of life, economy and sharing. 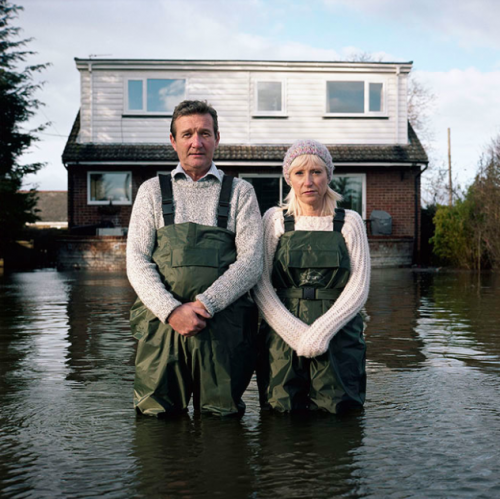 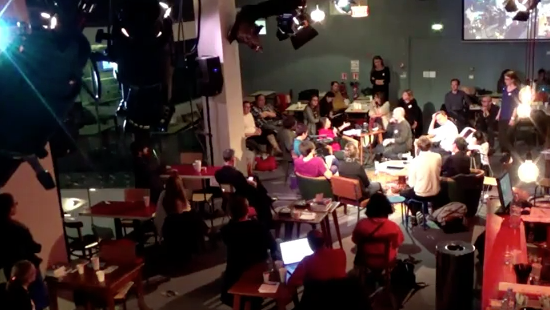 Artistic practices anchored in the territories and local communities contribute to the creation and perpetuation of citizen actions in favor of ecology and sustainable development. The artists associated with militant movements give credibility to the discourse through their image or their solutions. At all scales, art becomes a vector of citizen mobilization and invents new forms of democracy and living together.

This round table is organized within the framework of the ArtCOP21 professional workshop (December 3 and 4 at the Gaîté lyrique). 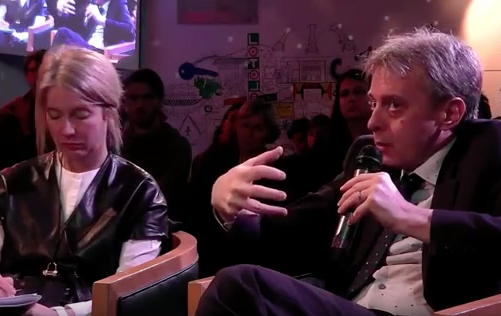 How can the cultural sector contribute to the major societal challenges of our century? Based on the results of two days of workshops that brought together 130 professionals from all over the world to share solutions in the sector, the best international initiatives on the subject are devising a common declaration to strengthen the cultural sector’s commitment to sustainable development.

The round table is organized within the framework of the ARTCOP21 professional workshop (December 3 and 4 at the Gaîté lyrique). 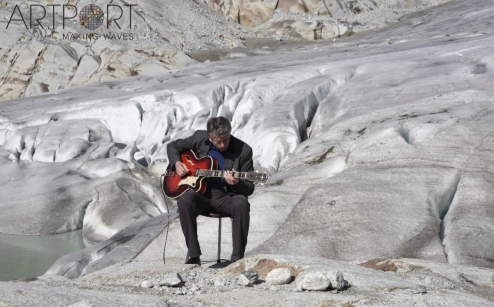 SATURDAY, DECEMBER5
2:30 p.m. – The Power of Fiction: Imagining a Future 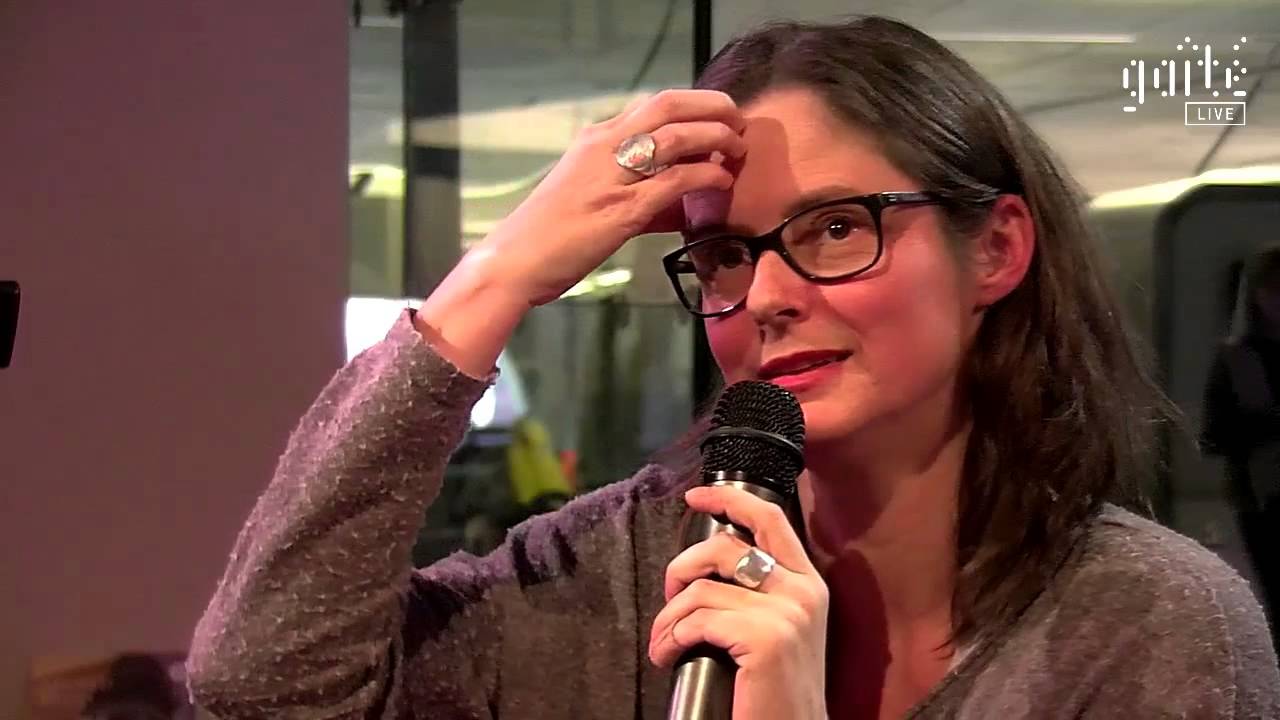 In a present shaken by the irruption of an uncertain future, our society is forced to integrate the question of its own story, to tell itself in order to build itself and better decide its future. Fiction is transformative, it sketches the worlds we know and those to come. Science fiction, literature, speculation, poetry, tinged or not with catastrophism, are ways of densifying reality and feeding new stories. 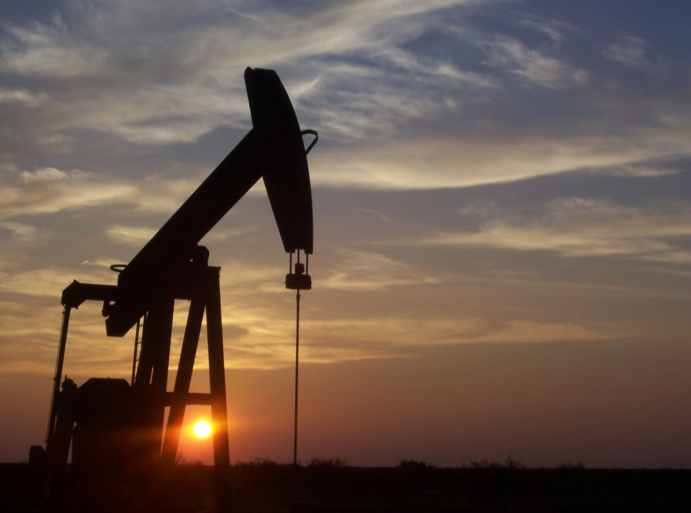 SUNDAY, DECEMBER6
2:30 p.m. – The Arctic Is Paris- Expanding the Conversation

Carte blanche to the artist Mel Chin and the writer Gretel Erlich for their project Arctic Is Paris. 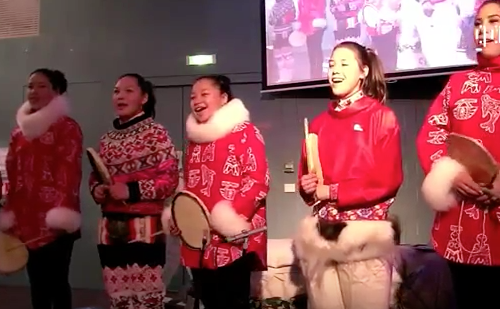 The Arctic and Antarctic are territories that are a symbol of the unification of international citizens and embody all the desires of humanity, spreading a message of the future to future generations. But these pristine territories are also vulnerable spaces where the effects of climate change are already clearly visible, from melting ice to population displacement. This event includes film screenings and the presentation of traditional artifacts from the Arctic and Pacific Islands.

The first part of this event is presented on December 2nd at La Générale. 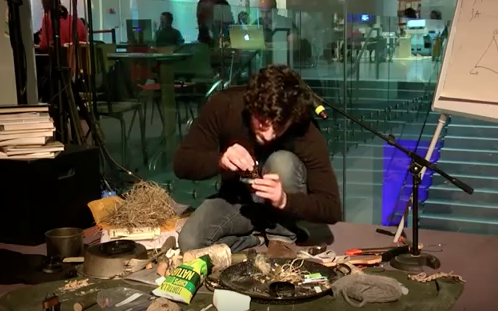 How to make fire with a gum wrapper? Do trees form a universal network that can compete with the Internet? What is the beast that humanity breeds around itself? How to power a smartphone without a power source? How to share your life with someone else? Do we have to become schizophrenic to keep up with the acceleration of technology? Researchers, artists and experts in survival, propose interventions around the themes of the film World brain by Gwenola Wagon and Stéphane Degoutin.

6pm – screening of the film “World Brain” in partnership with Arte

Le 19h19 du Plateau Média: Melting pot (program on food)
Tell me what you eat, I’ll tell you who you are… Once a month, just after the locavore meeting of the Ruche qui dit Oui! Melting Popote puts its pot on the boil. In it, the guests throw out their thoughts about food in all its forms. 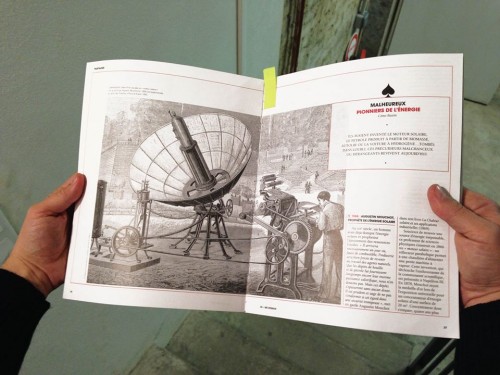 In this period where everything is accelerating, artists take the time to critically examine the race to technological innovation, to deconstruct the mechanisms of its discourse and to experiment with its tools.
With researchers and scientists, they question the technical argument too often put forward as the only solution to climate change, alert us to the lack of democratic control over geoengineering projects, and develop projects that look differently at technology – open source, technical detour, social hacking … 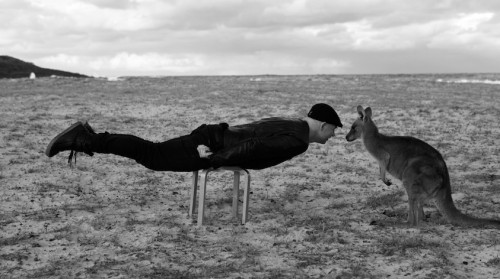 MKS Room mixes live performances by new artists and debates on art and social entrepreneurship. Through music and culture, the mission of the event is to promote collaborative forms of entrepreneurship and make them available to all. 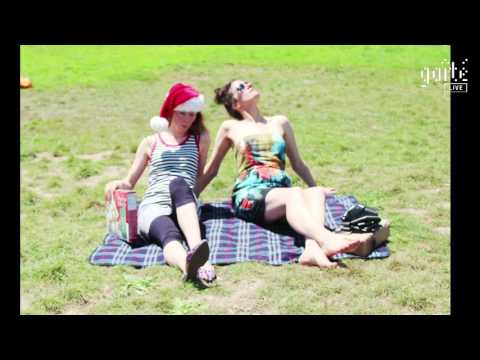 To name is to give emphasis to thought, and words shape reality. While States are negotiating hard to remove or keep a word in the final agreement, some terms seem to dominate the debate without being questioned: innovation, growth, universal, adaptation…. The meeting, punctuated by performances, takes the form of an attempt at decontamination to counter the hegemony of language and questions the realities that hide or reveal our discourses.

The *di*/zaïn evenings aim to encourage exchanges between designers, artists, architects, cultural institutions, agencies, companies, schools and anyone interested in the creative process.

Talking about ecology rather than economy is a way to anchor our initiatives and situate our projects in a territory in order to make it alive and perpetuate it. It is in this perspective that new alliances are emerging to protect our “commons”. Whether it is air, rivers, or knowledge, the commons are not only “goods” to be respected. Inextricably made up of humans, non-humans and the practices that bind them, they help us build another political and economic model to face the ecological crisis.

6:00 pm – Closing ceremony of the Creative Parties Conference and ArtCOP21.

In the presence of official representatives of culture and COP21, institutional partners of ArtCOP21, the philosopher Dominique Bourg (CH) and the Filipino artist Nikolo Salazar (with the support of the French Embassy in the Philippines).