The Other Side of the World: Performance at the IUCN World Conservation Congress – Season VIVANT 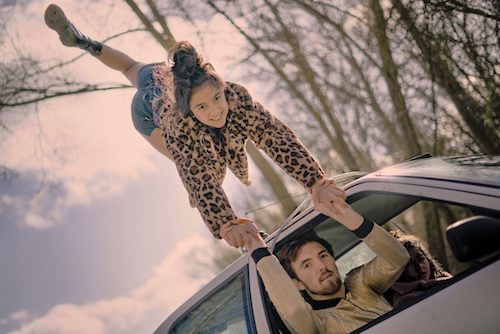 In the heart of the IUCN World Conservation Congress, the circus collective “L’Envers d’un monde” will question the attention of the spectators through ephemeral events. It is a project of ambulatory circus inspired by the place, in direct link with the space of the Congress and its visitors.

L’Envers d’un monde puts into play and into movement, by a circus performance implanted in the heart of a natural space, the excess and the realism of our world, in this interstice between human freedom and that of the Earth. With this show, circus art takes up the issues of consumption and mass production, which destroy ecosystems, to overturn the strongest symbols and question it in all its aspects, material, relational, physical and emotional. Mixing in turn, acro-dance, tight wire, manipulation of objects, maxillary suspension, this group of five international circus artists gives to see and to retranscribe a dizzying and acrobatic danger, far from the rectilinear ways of morality.

The setting is that of a human zoo, located in a dystopian future but never far from the reality in which we live. By inscribing itself in a defined natural space, and by creating a contrast with it, L’envers d’un monde invites the public to approach this space from a new angle. Around this performance, cultural actions of environmental awareness will be proposed over several days with the local population.

An immersive walk, like a collective expedition, will open the journey bringing the spectators to the place of the show. This one becomes then the junction of the living: an intergenerational public, accomplice of a singular artistic form, registered in a natural space. The contrast between fiction and reality, dreams and nightmares, laughter and despair, are tools to talk about today’s world, stemming from the circus whose very essence is to be a living art, an art of reality.

“L’Envers d’un monde” was the 2020 winner of the COAL – Culture & Diversity Student Prize, which supports the mobilization of art students for ecology.

This show is realized within the framework of a residency in the Regional Nature Reserve of La Massonne, in partnership with the Nature Reserves of France.