Conference “An ecological art?” at the French Institute of Athens 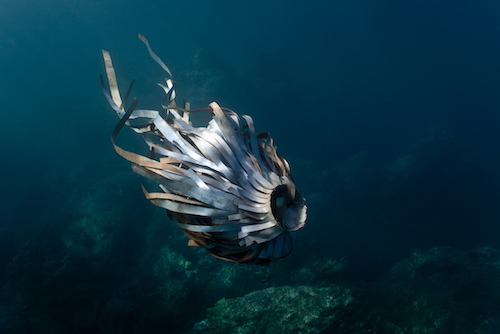 The French Institute of Athens is organizing on February 7th a “media platform” that will bring together different personalities to explore the links between art and ecology during an evening of exchange and discussion with committed participants. Designed by Vincent Cavaroc as a TV set, the media set will be broadcasted live on the internet to allow participation from anywhere.

Ecology is a matter of complexity, it designates the whole of the interactions which govern the living organisms, the relations which are deployed within the Earth ecosystem and which are at the same time complementary, competing and antagonistic. Its ramifications are broad and are not limited to the natural environment but encompass the social, economic, political and mental spheres.

Cultural actors are mobilizing in the face of the challenge of what some have called, at the turn of the 21st century, the Anthropocene, a term widely declined since (Capitalocene, Megalocene and many others) which designates a new epoch in the earth’s history where humanity, through its industrial activities, has reached the rank of geological agent. The challenges posed by this new era are numerous: climate change, sixth mass extinction of species, ocean acidification, general pollution, among others. In response to these problems, a culture of ecology has developed over the last few decades, which is illustrated by the birth of numerous cultural and artistic projects.

The cultural treatment of ecological problems is expressed in particular in art, which is called “ecological” or “ecosystemic”, or even, more broadly, “environmental”. Faced with the ecological disaster we are facing, how can art intervene and bring about change? What are the approaches that contemporary creation adopts to respond to the emergency?

The points of view of artists and curators intersect to explore artistic practices committed to an ecological transition of societies.