KLAXON #13 – ACTING WITH THE LIVING 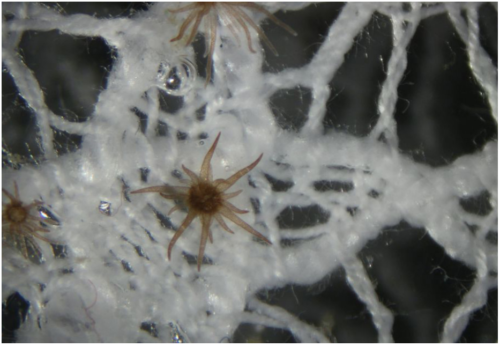 “The last issue of the magazine Klaxon is entirely dedicated to the creation in connection with the living.

In the summary: an opening by Benoit Vreux, John Jordan, Sara Selma Dolores, Alexandre Dewez and Isabelle Fremeaux on the outstanding artists of the living. Another chapter dedicated to artivism ” Cultures of rebellion ” by John Jordan and Isabelle Fremeaux. Still on artivism, the performance artist, Christophe Meierhans, reveals his efficient practice of art. There is also an interview with Lauranne Germond, director of the association COAL, by Pascal Lebrun Cordier.

In the previous issue, the magazine Klaxon, responded to the ecological disasters by transforming our representations, reconfiguring our imaginary of the living to consider other relationships to it, modify our attention and sensitivity regimes, see, hear and think differently the world.

After the imaginary and the symbolic, the real. Does artistic creation in public space manage to transform it? How and with what effects?

These are the open questions in this issue. It will be a question here of action art, of artivism, of transformational creations, of cooperations between artists and winemakers, of urban design for humans and insects, of acting architecture built on acts… The artists he presents here want to transform situations, indeed. Their approaches aim at a certain efficiency, tangible even if often modest. Far from the classical conceptions of autonomous art, which is to itself its own end, untied from any engagement in the hard of the world, these approaches cling to the asperities of reality, assert themselves as means in the service of non-artistic causes: mobilizing citizens “with love and rage” (Extinction Rebellion), creating joyful and determined communities of action to repair the world, or prevent the continuation of its destruction; supporting the rise of threatened flora, of fragile species; activating spaces of hospitality…

To answer these big questions and to make discover the artists who dedicated their artistic practices to the living, Pascal Le Brun-Cordier, meets Lauranne Germond, director of COAL:

Pascal Le Brun-Cordier: How do you view these approaches, which are part of action art or artivism?

Lauranne Germond : The question of efficiency is at the heart of the problems of ecological art and all committed artists ask themselves this question at one time or another. How can we act to make a difference? Difficult question. Can we – must we – as artists go beyond the field of the imaginary, the narrative, the symbolic? How can we bring together our convictions, our research fields, our political commitments and our plastic production? How to overcome the limits of individual action, but also financial and legislative obstacles? Environmental issues are systemic and are played out on scales over which an individual has little control. Obviously, every little bit counts – as Lucy and Jorge Orta say, “1+1 = 10 million “34 – but nevertheless the limitations of scale in artistic practice can be frustrating. This is a dilemma for many artists who want to act, for example, on the resilience of an ecosystem, on the transformation of critical situations from the point of view of living beings: the effects of the projects are often modest in relation to the scale of the problem, and may even seem derisory. However all these steps, even tenuous, are real factories of possible alternatives, micro-models whose power resides in this aesthetic, poetic and symbolic report to the world, unceasingly renewed.

Pascal Le Brun-Cordier: Tell us about the people who try it…

Published by CIFAS, in collaboration with IN SITU, a European network dedicated to artistic creation in public spaces, KLAXON publishes two issues per year, in French and English, in PDF, Kindle and e-Book formats.

KLAXON reflects CIFAS’s interest in “live” artistic intervention in the public space, an interest that has taken concrete form in the organization of several urban practice workshops, as well as thematic meetings and workshops within the Urban Academy on art and the city, expanded since 2014 to a program of works in public space under the banner SIGNAL.