THE LOIRE PARLIAMENT HEARINGS – NEGOTIATING IN AN INTER-SPECIES CONTEXT 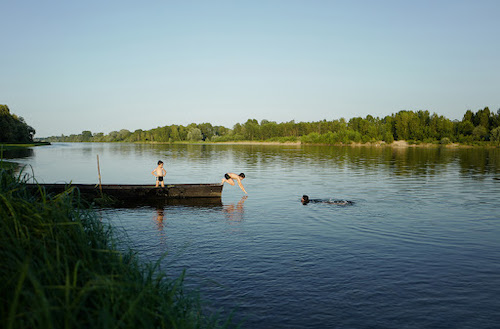 What if, for the first time in Europe, a river had the opportunity to express itself and defend its interests through a system of interspecific representation?

Imagined as a constitutive process for the creation of a parliament of the river, this project aims at defining the forms and functioning of a parliament for a non-human entity (the Loire), where the fauna, the flora and the different material and immaterial components would be represented.

Led by the writer and jurist Camille de Toledo, the Commission for a Parliament of the Loire invites you to follow its investigative work through a series of hearings. These hearings put into action a collective research to imagine the potential institution of a river ecosystem and to involve in a reconfigured parliament the fauna, the flora, the sandbanks, the water masses and all the components of the Loire.

COAL is a partner of this project led by the POLAU with the program artists-engineers: #GÉNIESGÉNIES, the Region Centre-Val de Loire, Ciclic (associated author device with the writer and jurist Camille de Toledo), Rayons Frais/City ofTours and theSchool of nature and landscape

Listen to Conversation #1: How do we move toward cross-species institutions?

For the first telephone conversation of the Loire Parliament, Camille De Toledo brings together Antoine Conjard (Director of the Scène Nationale de l’Hexagone, Meylan), Marine Yzquierdo, Sylvia Lasfargeas, Samy Hamel, Nina Salaunlhelgoualch (lawyers, members of Notre Affaire à tous) and Jérémy Cheval (architect, teacher-researcher at the Ecole de l’Anthropocène in Lyon). Together, they discussed the possible replication of the Loire Parliament project outside the Loire region and the spread of the idea of nature as a legal subject. The census of jurisprudences, the implementation of a public service of the imagination and new tools of representation of the text of laws are as many tracks traced by our guests to think of a widened diffusion of the rights of nature. 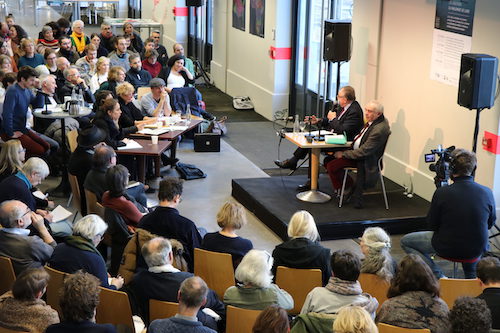 Listening to the conversation#2: Experiences of communication between different species

Julie Cabot-Nadal (eco-psychologist), Emilie Barrier (psychologist, animal interpreter) and Serge Mang-Joubert (geomatics engineer, sylvotherapist) are invited by Pascal Ferren to share their experiences of interspecies communication. Listening, connection rituals, meditations, these practitioners share with the commission their tools to understand the languages of the living and the non-living. 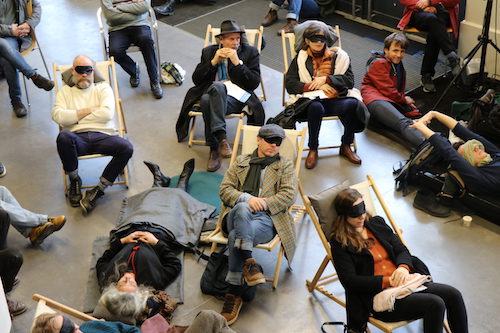 Listening to the conversation#3: How do we design and produce forms without harming the balance of a natural system?

Bruno Marmiroli, a member of the Loire Parliament Commission, has invited specialists in “making”; Isabelle Daëron (designer), André Guillerme (technical historian), James Bouquard (landscape gardener) and Patrick Genty (gardener/landscape gardener) to reflect on the question that is on the minds of all those who, in their practices, produce forms and objects in the Loire area: how can we put in place protocols, ways of doing things, and gestures without damaging the equilibrium of the Loire system? Vernacular know-how and procedures for diverting public orders are some of the answers developed by the guests during this conversation. 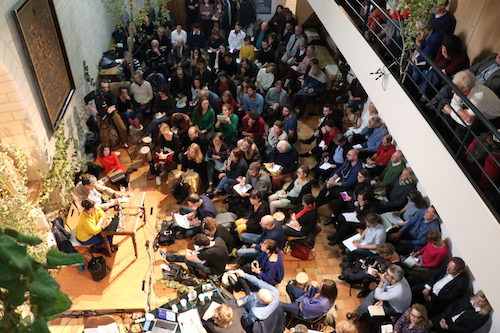 Listen to the conversation #4: Artists in touch with life

Joan Pronier (member of COAL) invited the visual artists Rocio Berenguer (choreographer of the post Anthropocene), Thierry Boutonnier (visual artist claiming cooperation and interdependence with ecosystems in his practice) and Benoit Mangin (co-founding artist of the duo Art orienté objet) to share their experiences of collaboration and representation of the living. How do these sensitive experiences allow us to attach ourselves, to understand other behaviors than those of human beings? In what way are artists allies in this broadening of perception? Are they a particular voice for the representation of the living in a project such as a parliament of the Loire?

Listen to the conversation #5: ” Entrance to the Loire “.

Round-table discussion moderated by Virginie Serna with:- Zazü Art (Land Art artist) – Stéphane Rodrigues (university professor, University of Tours, river sedimentologist, specialist in the Loire, head of the Engineering of Aquatic Environments speciality of Polytech Tours – Damien Hémeray (curator of the National Nature Reserve of Saint-Mesmin)
Virginie Serna, archaeologist, chief curator of heritage, project manager at the Ministry of Culture and member of the commission invites three professionals from the Loire to discuss their ways of working with water. What are their ways of coming into contact with water? How to understand, quantify and qualify the water of the Loire and its beds?

Next meeting on Saturday, October 17, 2020 “Conflicts and negotiations between species

Listening to international and local struggles, the members of the commission hear from the jurist and founder of “Notre Affaire à Tous” Valérie Cabanes, the artist and researcher Matthieu Duperrex and the specialist in public water policies Gabrielle Bouleau.

Review the previous hearings of the Parliament of the Loire :

Because of the current context linked to the COVID-19 pandemic, the commission for the creation of a parliament of the Loire and the POLAU-pôle arts & urbanisme re-invent their ways of working and propose a discussion space in the form of podcasts bringing together researchers, artists, environmental activists, cultural programmers.