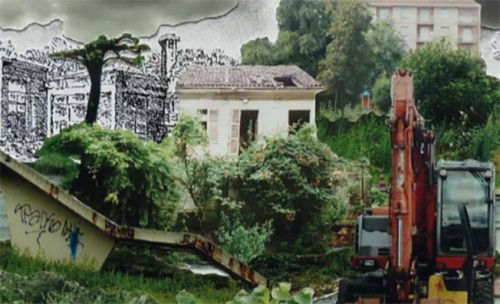 Beyond its trivial meaning – to lodge, to reside at such and such an address or in such and such a neighborhood -, its initial expression “dwelling cell” or that of the convent which evokes isolation, the term “to live” refers to the relationship that man has with the places of his existence, but also to the relationship, constantly renewed, that he establishes with his environment and his close relations in an immaterial way.

HABITATE intertwines time and space, the awareness of what surrounds us, our propensity to weave links, our ability to take the time to say – language is the habitat of being -, to create situations of thought. An exploration that questions the different ways of living – staying, frequenting, playing – and revisits the history and sociology of a territory.

At Chamarande, this dynamic of questioning takes on its full meaning in terms of the historical context, the territorial context and the cultural context. The Domaine was a holiday resort for the nobility in the 17th and 19th centuries, and was also the headquarters of Auguste Mione’s public works company, Construction Moderne Française (19571972). Located in the heart of Essonne, between urban and rural areas, on the borders of the Greater Paris area, the Domaine also integrates the societal dimension and ecological changes into its territorial project “sustainable culture and living together”.

But the term HABITER only makes sense if it is enriched by the contributions of different disciplines – architecture, sociology, urbanism, ethnology, philosophy. And it is here that the shared curatorship finds all its relevance, between the emulation of minds and the friction of experiences: recontextualizing the concept, questioning the artists and imagining the position of the visitor in his capacity to be and to open up to the other, to others, to the world. An exhibition that places the term HABITATE in a processual, relational and transversal path The aim is to immerse the public in a series of experiences, in a form of involvement, while giving an important place to orality, which is reinforced by the Brunchs de Chamarande, meetings-debates animated every Sunday in June and July by the members of the committee, in the presence of the artists.

HABITER provokes relational situations between the visitors of the Domaine, the creators, the productions, the park and the territory. The works, most of which were created specifically for the exhibition, form an anthology of how the artists inhabit the world and invite the public to share their visions and feelings of HABITATE.