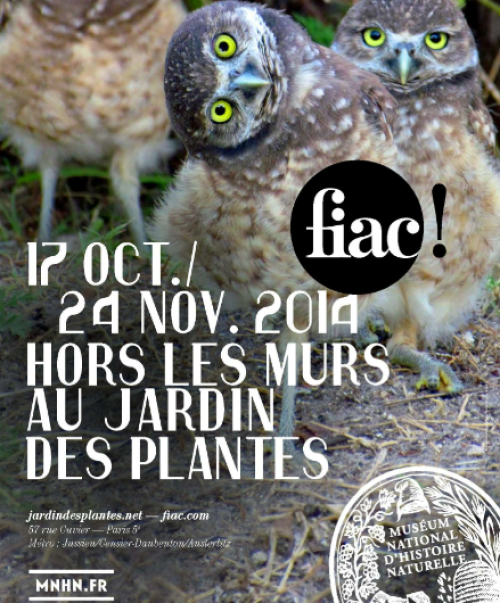 From October 21 to November 24, 2014, COAL presents the works Structures Productives by Nicolas Floc’h and Tales of a Sea Cow by Etienne de France in the Grande Galerie de l’Evolution of the Muséum National d’Histoire Naturelle for FIAC Hors-les-Murs 2014. These two projects reflect the erosion of biodiversity and collaborations between art and science.

The FIAC Hors les Murs contemporary art exhibition in the emblematic and historic Jardin des Plantes and Muséum national d’Histoire naturelle (the Grande Galerie de l’Evolution, the Grandes Serres and the Menagerie) is now a must-see event. This project is an opportunity to gather the public and to highlight a singular exhibition path around a current theme in total adequacy with the place: art, nature, biodiversity and the environment. The Museum’s living plant collections serve as a support and illustration for the dissemination of knowledge about plants, plant ecosystems, the interaction between plants and animals, and the relationship between Man and Nature. A place of pedagogy that addresses a very large public where the youngest as well as scientific researchers meet. 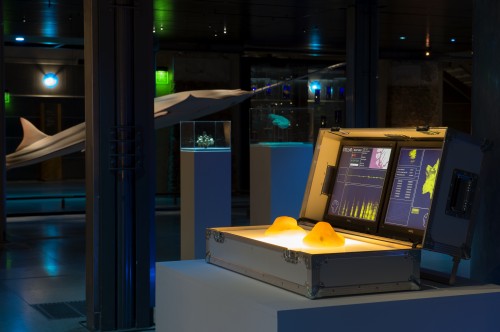 Talesof a Sea Cow is a narrative at the limits of reality and fiction. The story describes fictitious scientific research that would have led to the rediscovery of a species of marine mammal (Steller’s rhytine) along the coast of Greenland, extinct since the 18th century due to the excesses of intensive hunting. The film traces the research process and provides a contextual and methodological commentary on the underwater recordings and their analysis. It is a metaphor for our interpretations of nature and reveals the scope of imaginary projections on our environment. Tales of a Sea Cow is also a sound installation composed of sculptures, invented scientific instruments, photographs and drawings. Etienne de France was born in 1984 in Paris, where he lives and works.

Tales of a Sea Cow was supported by the Centre national du cinéma via the DICRéAM program and was co-produced by the Parco Arte Vivente in Turin. 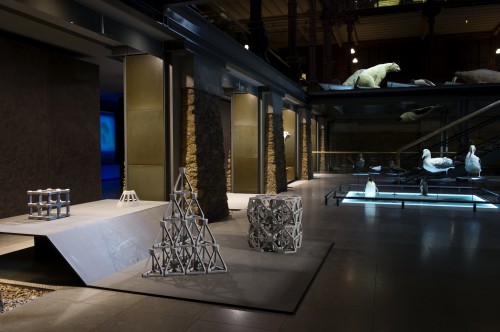 Nicolas Floc’h was born in 1970 in Rennes and lives and works in Paris. Since 2010, the artist has been developing a work around artificial reefs, real submerged architectures designed to recreate ecosystems.

“At the crossroads of sculpture, architecture, landscape, photography and scientific research, Nicolas Floc’h’s art also poses questions of a more political nature in that they touch on space and the use to which men subject it, on ways of acting on reality as much as on the means of representing it. Tearing off to the blind regions of the useful forms that it assigns to the gratuity of the aesthetic contemplation, it decides as much of what can be abstracted from the delectation and devoted to the most demanding and to the most unexpected of the functions, to which rarely the art does not even dare to think anymore, the one to participate directly to the regeneration of the biotopes that is to say to the survival of the species.”

A cultural mediation service will be provided daily byEcole du Louvre students from October 23 to 26, 2014 from 3:00 to 5:30 pm who will answer questions from the public and present the works during the week of FIAC.

On October 23 and 25, COAL will also host for the third consecutive year, a series of conferences organized with the Fiac and the National Museum of Natural History. This year, the theme “Man is an animal among others” will bring together the artists Michel Blazy and Bathelemy Toguo, as well as Georges Chapouthier, neurobiologist and philosopher, Marie-Claude Bomsel, veterinary doctor, professor at the MNHN, Marine Legrand, environmental anthropologist, MNHN and the shaman Catitu Tayassu, researcher in Cultural History at the CHR-EHESS.