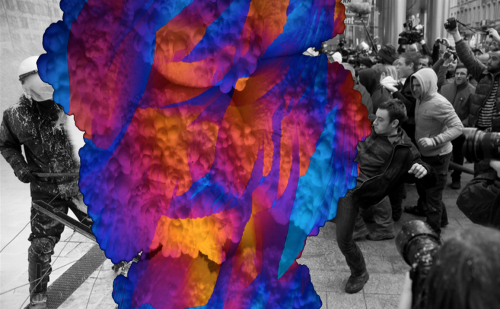 From March 14 to May 24, 2015, COAL, guest curator of the Centre Européen d’Actions Artistiques Contemporaines (CEAAC) in Strasbourg for the 2015-2016 season, presents the exhibition Systémique, the first part of the cycle Think global, Act local.

Since the financial crisis of 2008, the notion of “systemic” has entered the media language. It is said that there are “systemic” banks, that climate change is a “systemic” phenomenon and in the end we only retain that it is “the system” in such a way that it is nobody’s fault since it is everybody’s fault. Understanding this complexity, the one in which our actions take place, is therefore the first step in implementing the sustainable development adage Think global, Act local.

Everything that makes up a system (immunology, ecology, society) poses problems of representation, perception, form, which artists seize upon to show us our world in all its complexity. They manage to reveal its poetry, giving a sensitive experience of this new way of thinking about the world.