Ten projects by French and international artists are nominated for the COAL 2021 Prize on the Forest. Three student projects from French schools in the field of art and culture have been nominated for the second edition of the COAL – Culture & Diversity student prize in partnership with the French Nature Reserves.

In 2021, the COAL Prize is dedicated to the forest. In a few decades, the forest has become the symbol and the point of convergence of covetousness, environmental disasters and struggles that are shaking the contemporary world in crisis. Thirteen million hectares of forest disappear each year, under the pressure of agriculture, overgrazing, timber exploitation, and urbanization; entire sections of the forests of Amazonia, Australia, and sub-Saharan Africa burn while others die on the ground under the effect of global warming, thus depriving the fauna of its natural habitats. Vital for the global balance of ecosystems, the forest is also vital for human societies that, for thousands of years, have lived directly or indirectly from its resources. All over the world, people are fighting to defend these reserves of life and culture and to make them the models for new worlds to be built.

The ten artists nominated for the COAL 2021 Prize and the three students from French schools in the artistic and cultural field nominated for the second edition of the COAL – Culture & Diversity Student Prize reveal the richness of the forest, to feel and experience the ecological balance of forests, to promote the diversity of beings and cultures that inhabit them, to revive their ancestral knowledge and to give birth to new ones, to nourish the movements of resilience that they inspire, to act with their protectors and to invent other ways of being together in the woods.

All reflect the growing commitment of artists to ecology, as the pandemic helps to reveal the extent of the environmental crisis that is causing it.

THE TEN ARTISTS NOMINATED FOR THE 12TH EDITION OF THE COAL PRIZE ARE :

To approach the forest today is first of all to face the long time – that of the forest cycles, whose phases of evolution and regeneration vary between 300-500 years – and; to face the profoundly complex and unpredictable character of life on Earth in the future. This is what Karin Bolender’s
Ask the Ghost Tree What Time It Is
Karin Bolender ‘s “Ask the Ghost Tree What Time It Is” is a speculative intergenerational experiment, both audacious and absurd, involving several generations of children who, in 2020, will become forest managers and curators of a collective global exhibition planned for the year 2052. One thinks of the observation that Aldo Leopold made already in 1933: “We take care to conserve our works of art, but we let the wild species, works of millennia of evolution, disappear under our noses”.

With Les mécaniques, Noémie Goudal continues this exploration in the long term, starting with the recent discovery of traces of the existence of a tropical forest, 52 million years ago, at the current location of the Antarctic ice cap. Through an evolving photographic and sound landscape, she gives to see and to hear the progressive extinction of a jungle which, as photographic prints burn and disintegrate, ends up forming only a bed of ashes.

The highlighting of the evolution of the landscape on the scale of the Earth is reasoned at the time of the Anthropocene, where we can observe in real time and for the first time climatic upheavals caused by human activity.
Between the Lines
by Marjolijn Dijkman reveals what can be read and linked between the lines of history and those of the living, tracing the cross impact of global warming and the invasion of bark beetles in the forest of Verdun. Thousands of hectares of monoculture pine trees were planted on this “red zone” which became dangerous and uncultivated after the fighting of the 14-18 war. Today, these dying forests threaten to awaken unexploded ordnance buried since the war.

The Peruvian Fibra Collective invests in another endangered forest, that of Ucayali, located in the Peruvian Amazonian forest, which has one of the highest deforestation rates in the world due to illegal logging, land trafficking, palm oil and oil settlements. Through an immersive installation of mycelium sculptures,
Desbosque: desenterrando señales
highlights the mycorrhizal networks, which connect plants, trees and fungi under the ground. The artists make us hear the exchanges that continue between the mushrooms and the disappeared trees of Ucayali, to the sound of the stories told by its inhabitants.

In the face of threats, wounds and devastation, Beya Gille Gacha chooses to approach the forest from the eco-feminist angle of healing, that which trees and forests produce on our bodies.
What she will do with us
presents healing rituals on canvas, performed with herbs and medicinal plants, in the form of performance paintings. They will be accompanied by installation-sculptures: inclusions of waste found in the forest, buried in the pine resin, like fossils sublimated by the trees.

In this movement of resilience and care, Julie C. Fortier invites us to experience a sensory approach to the forest through an olfactory installation that seeks to “heal” and initiate a chemical and poetic dialogue with the forest. Gleaning the scents and smells of the woods but also the stories of its users,
Resilience and stories
investigation on the olfactory sensitivity of humans and trees, at the roots of a common sensory memory.

Drawing on this ancestral link that unites us to the forest, Vincent Laval proposes an immersive, even initiatory, installation made up of sculptures and photographs taken from the careful observation of the wild during his walks in the forests of France, Greece, Sweden, or Japan. It constitutes a poetic invitation to walk, until
À
the crossroads
A monumental sculpture made of chestnut branches, evoking the hut, becomes the climax of the relationship between human and forest.

Sara Favriau chooses to cultivate this lyrical approach to the forest alongside biologists and researchers who study the drought of trees and climate change, proposing a poetic and resolutely optimistic operation of enforcement. Total art project – sculpture, performance, play, film – brings a sensitive but also transgressive
I see troubled, long, a transitional landscape
brings a sensitive but also transgressive angle to scientific research on forests and the multiple sufferings they undergo.

Erik Samakh is a hunter-gatherer and surveyor living in the forest. He is also experimenting with solutions for the resilience of forest ecosystems, mixing biodiversity maintenance and artistic gesture. He is developing a protocol for managing and transforming conifer monocultures by creating clearings where the artist allows pioneer plants to return, and with them, insects, reptiles and birds as well as small and large mammals. It is then possible to listen to these
Noise zones
which acquire the status of a work of art.

Appreciated for being zones of silence rather than noise, urban forests are the terrain of Feda Wardak‘s architectural and creative research.
Underneath, the forest
is a total project aiming at the construction, in the forest of Bondy, in Clichy-sous-Bois, of a monumental scenographic work in wood, evoking the facades of the great surrounding complexes. From the 1960’s onwards, their construction generated clear-cutting on huge parcels of this same forest. Support of choreographies and meetings, refuge in the middle of the urban jungle, the installation gives birth to a place of critical exchange where to question the development of the territories and the increasing artificialization of the grounds.

© Marjolijn Dijkman, Between the Lines, 2021 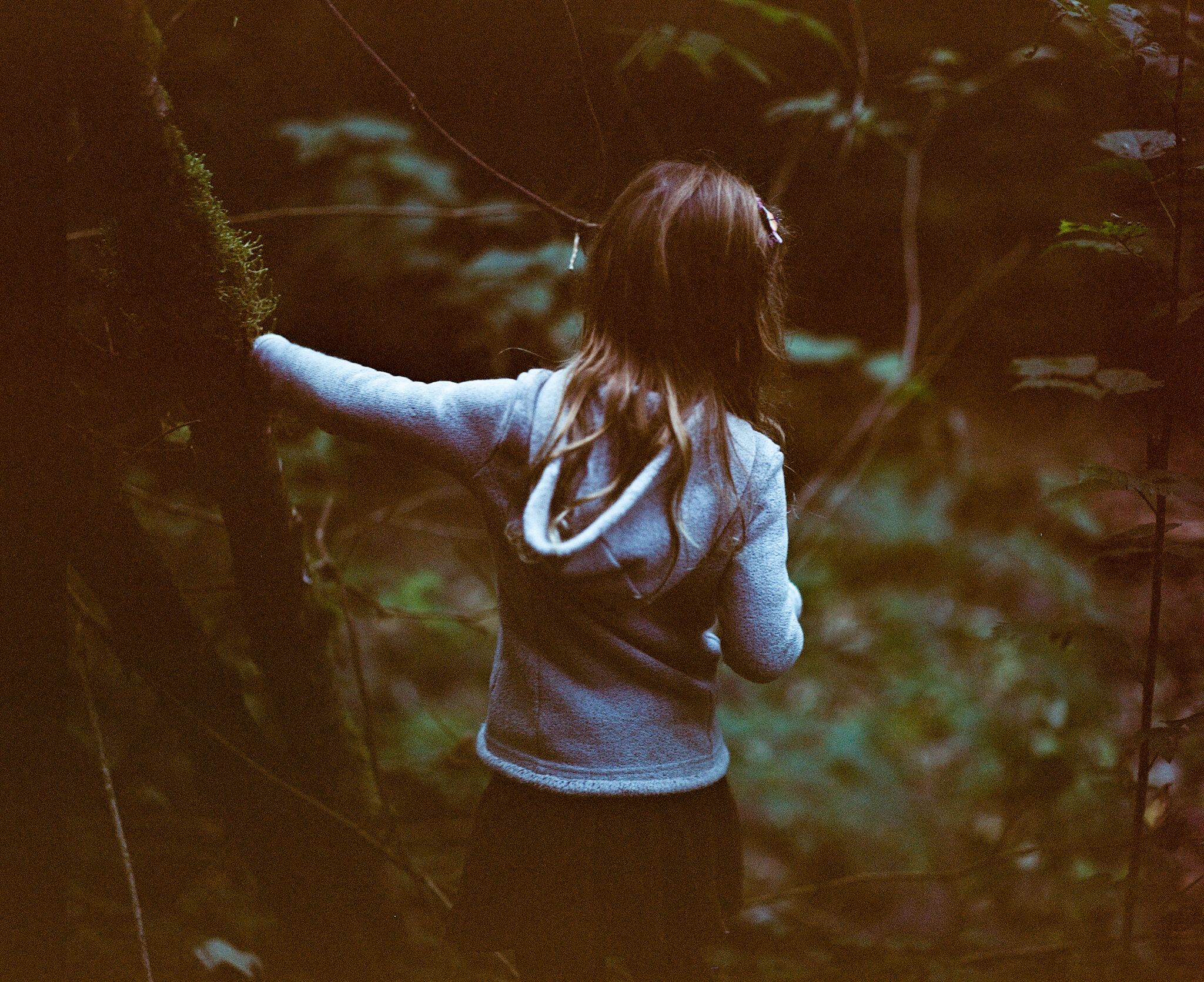 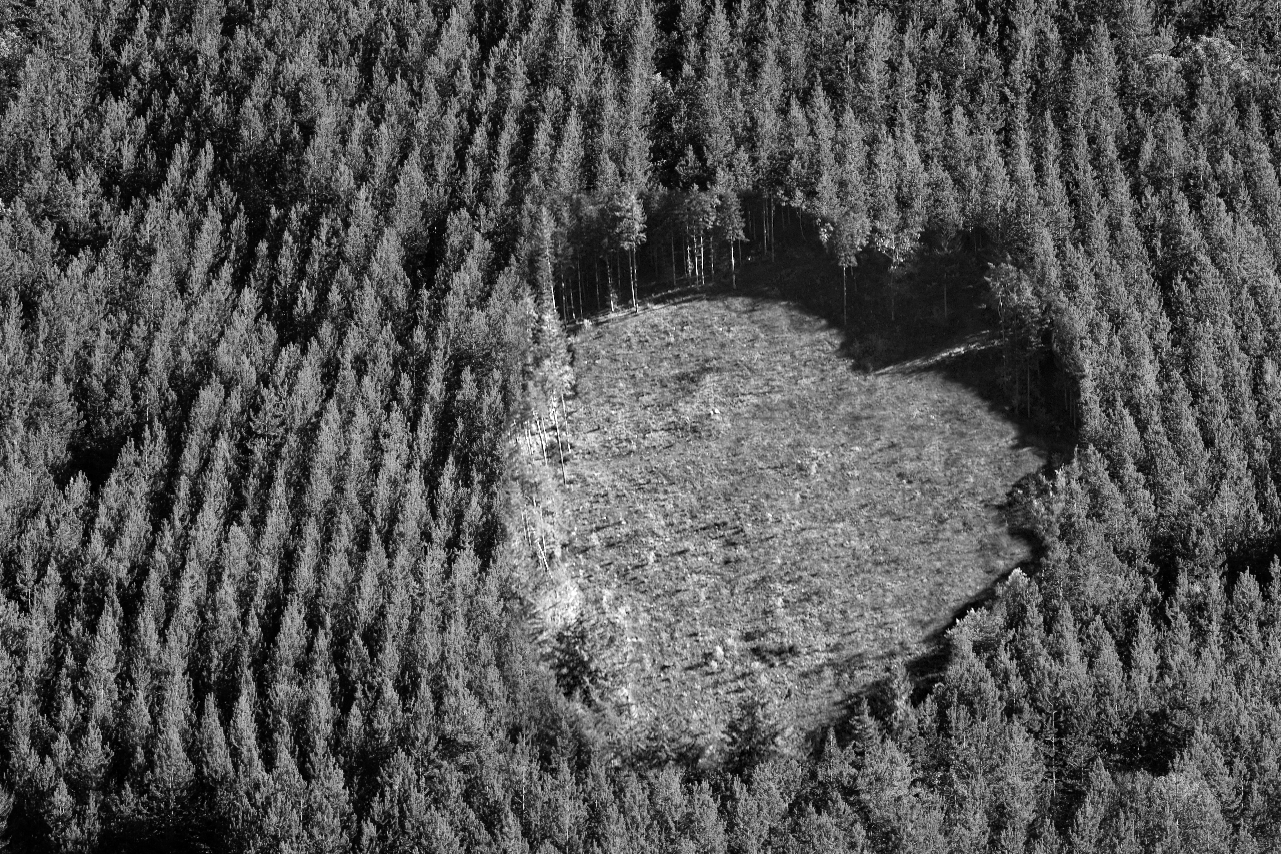 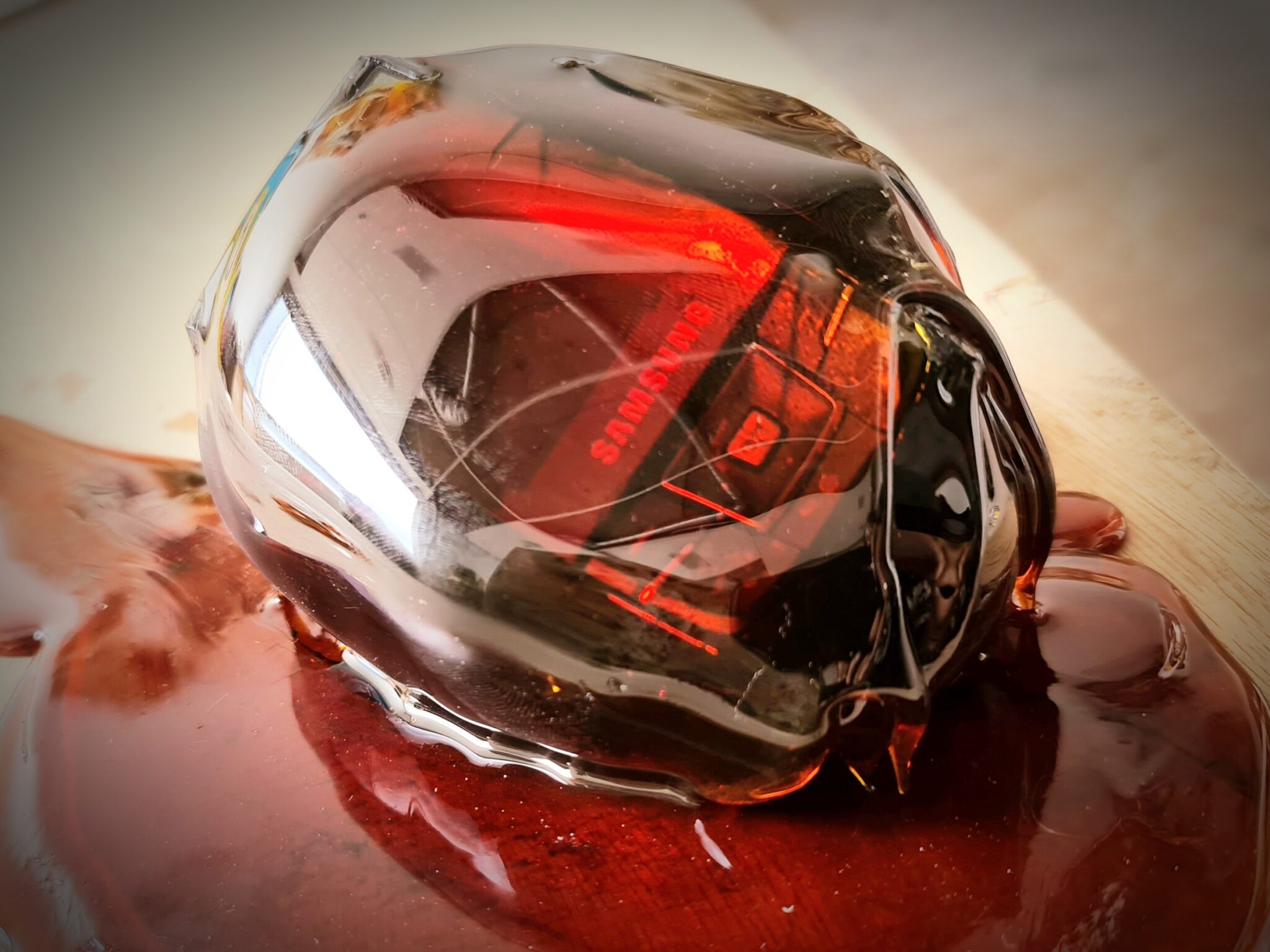 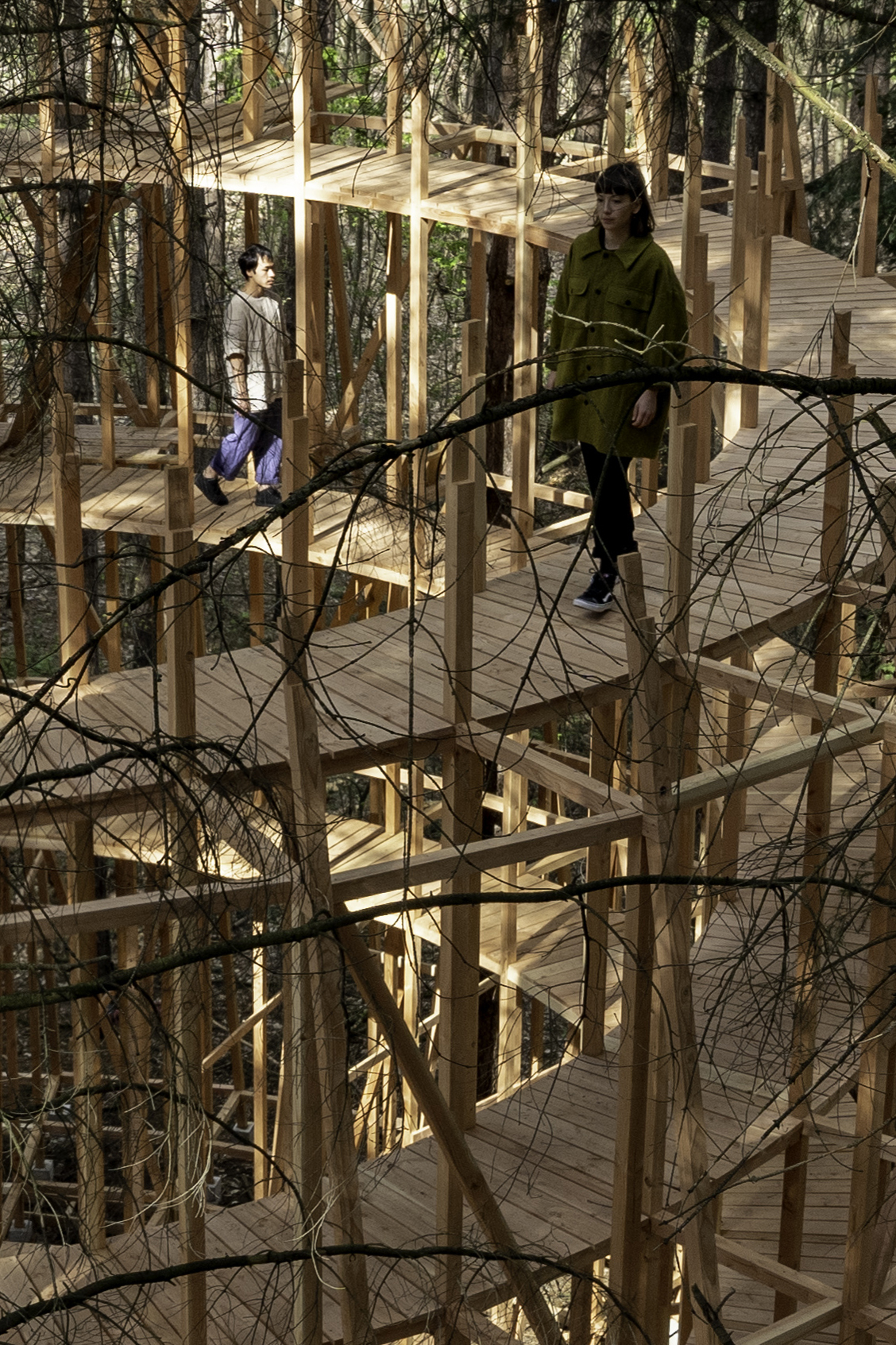 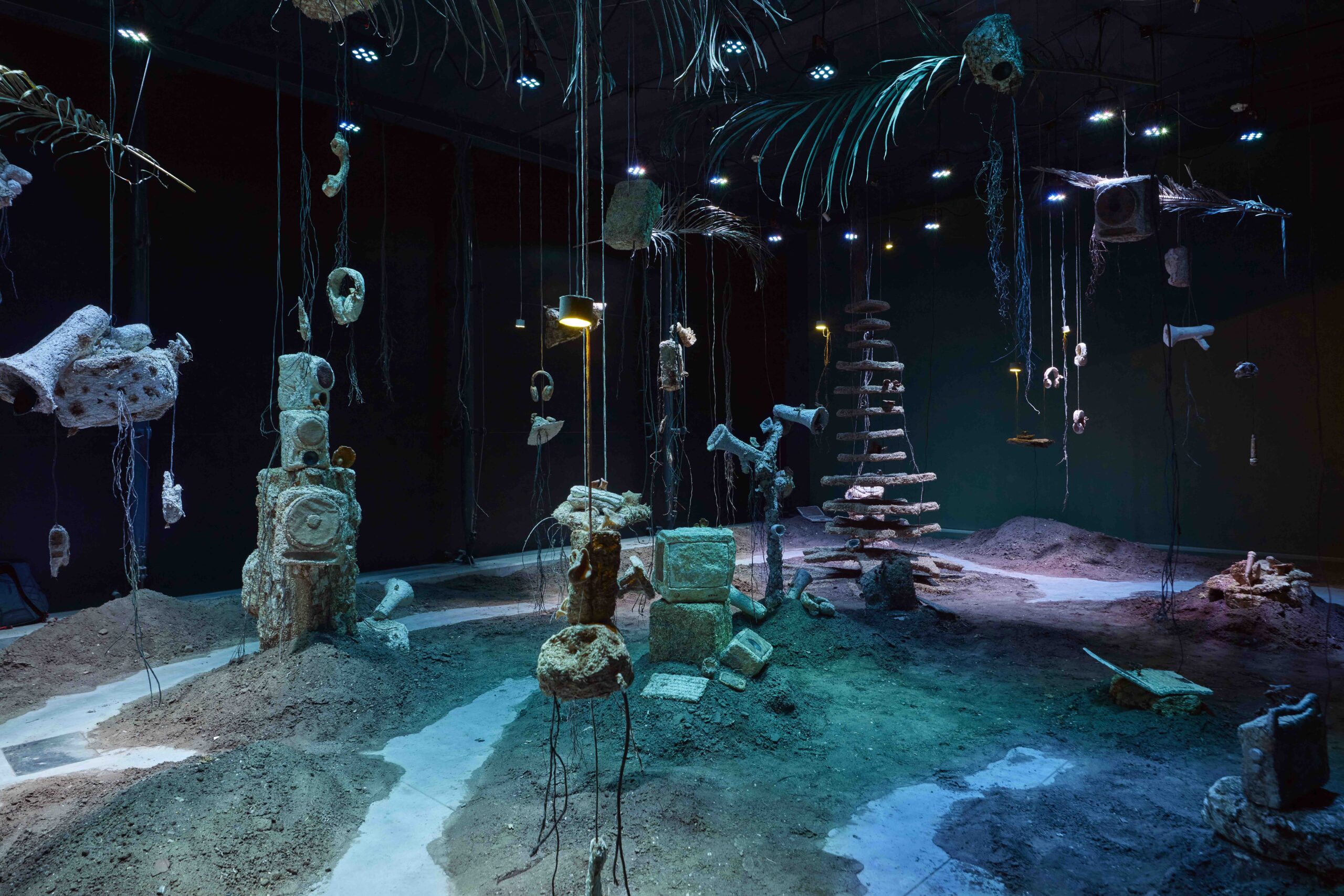 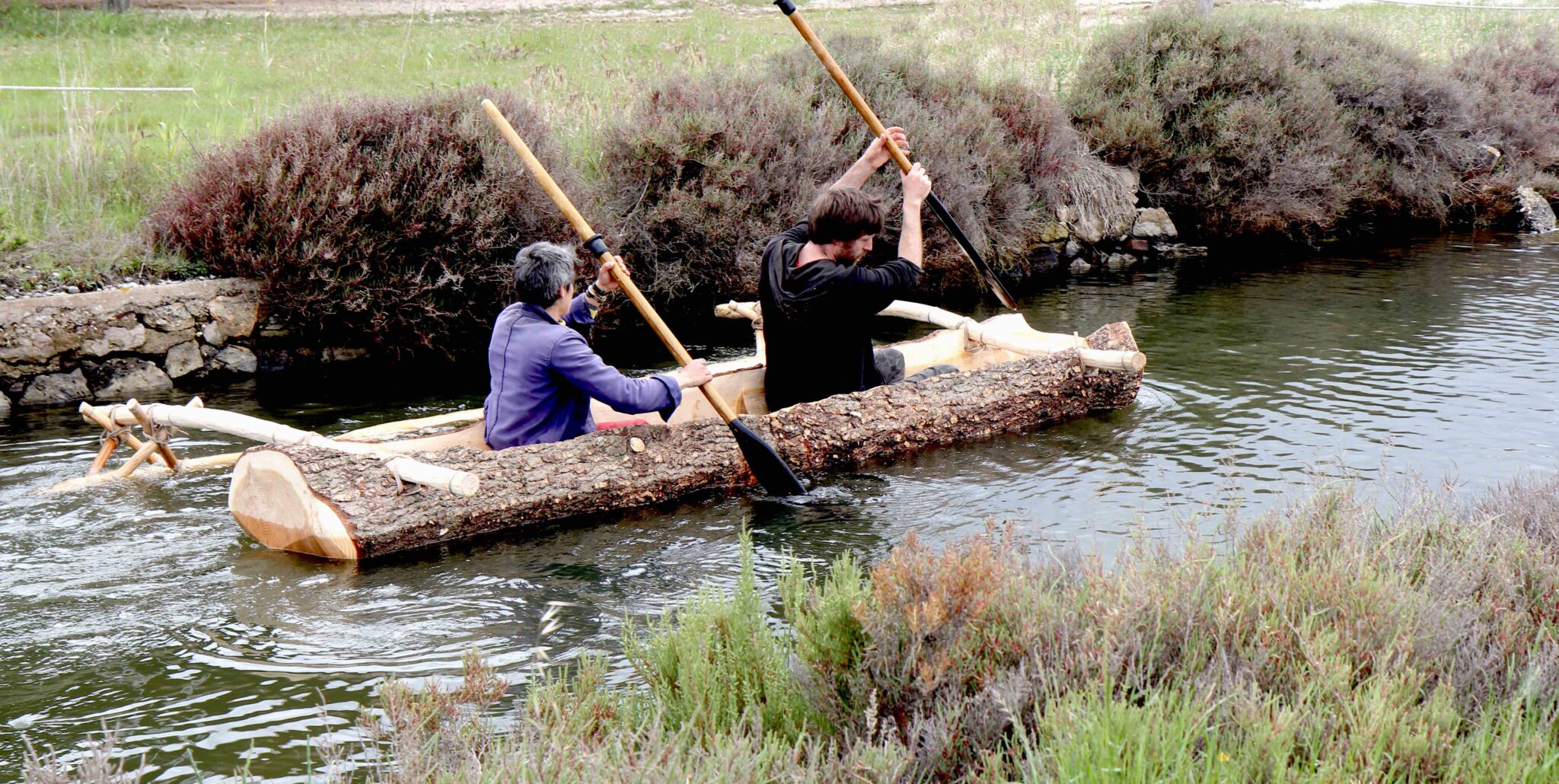 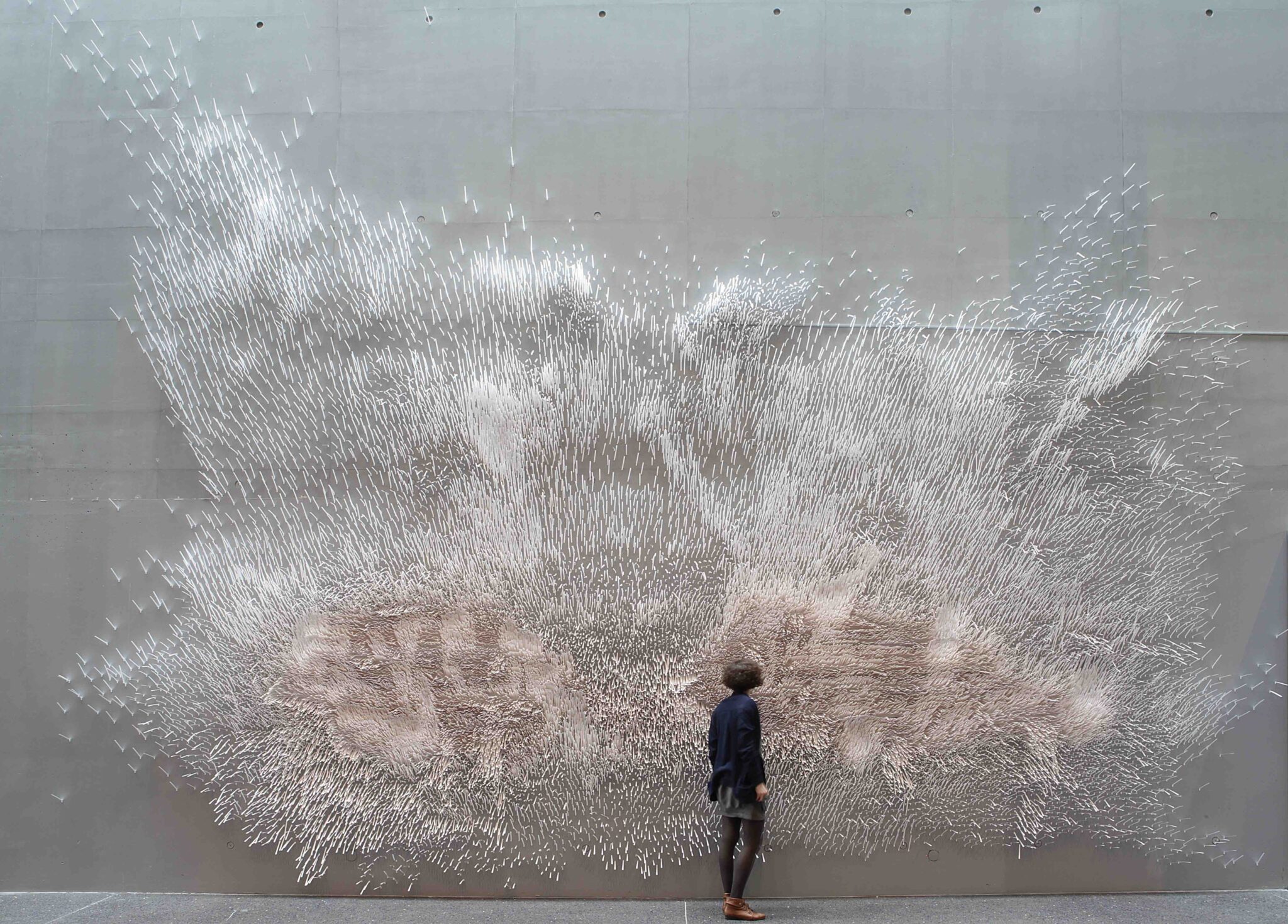 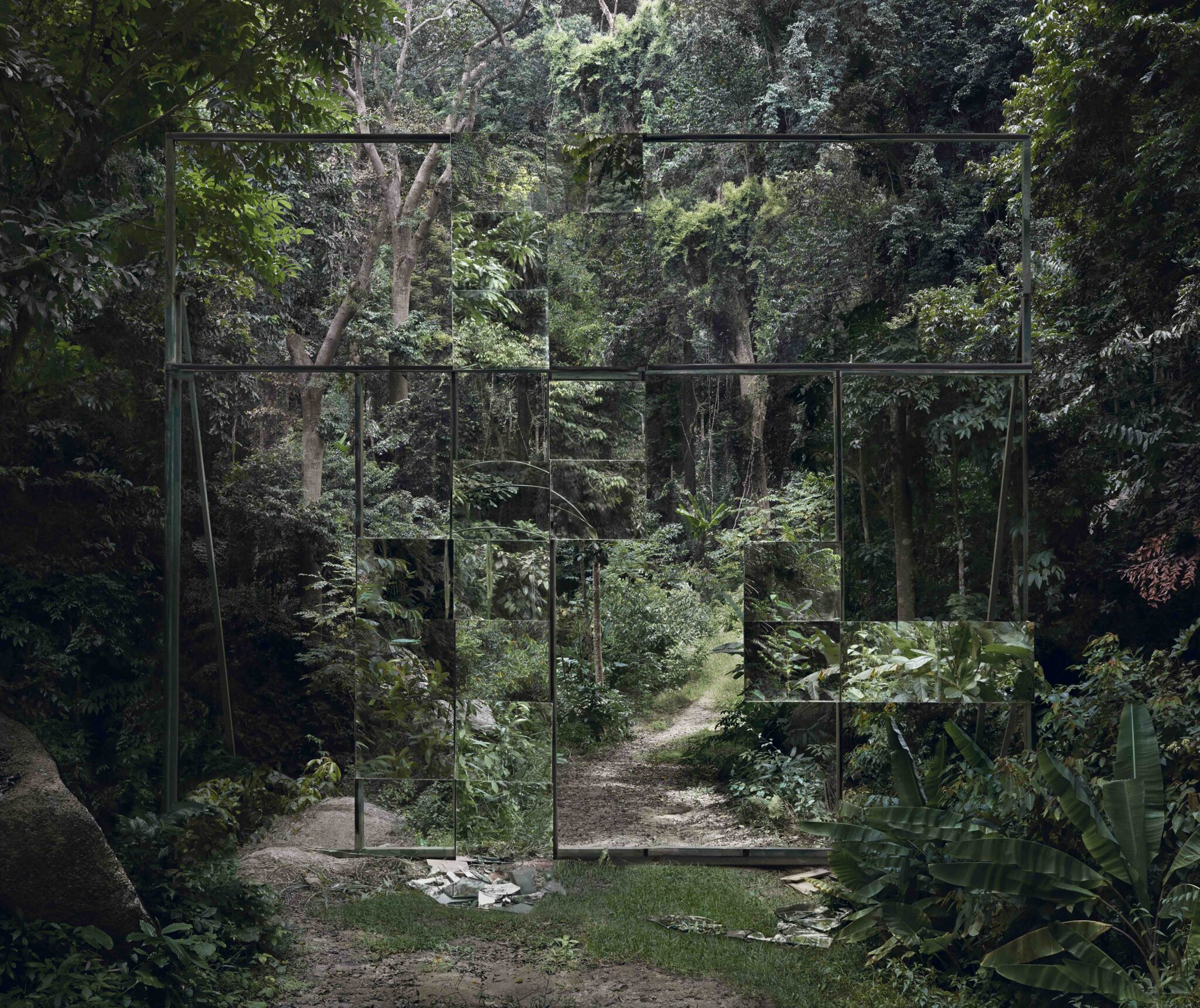 The François Sommer Foundation , recognized as a public utility since its creation on November 30, 1966, was created by François and Jacqueline Sommer, pioneers in the implementation of a humanist ecology. Faithful to the commitments of its founders, it works for the protection of a biodiversity where man finds his rightful place, for the respectful use of the resources of nature and the sharing of the wealth of the natural, artistic and cultural heritage.

The domain of Belval is located in the commune of Belval-Bois-des-Dames, in the French Ardennes. With a surface area of nearly 1000 enclosed hectares, it is essentially forested and covered with meadows and 40 hectares of ponds. A true observatory of rurality and wildlife, it welcomes each year artists selected for their contribution to the renewal of the vision of the relationship between man and his natural environment. As a testimony to the Foundation’s commitment to supporting contemporary artistic creation, the residency at the Belval estate contributes to the dissemination of the artists’ works to a wide audience. It also puts at the service of the creation a network of complementary skills carried by the scientific and educational teams of the Museum of Hunting and Nature and those of the Belval estate. We invite you to consult the charter on the COAL website.

Since 2014, the COAL Prize has been supported by the Ministry of Ecological Transition and Solidaritythe Ministry of Culture, theEuropean Union via the European cooperation program ACT (Art Climate Transition), and the Museum of Hunting and Nature and the François Sommer Foundationwhich allocates the artist’s endowment.

The François Sommer Foundation, recognized as a public utility since its creation on November 30, 1966, was created by François and Jacqueline Sommer, pioneers in the implementation of a humanist ecology. Faithful to the commitments of its founders, it works for the protection of a biodiversity where man finds his rightful place, for the respectful use of nature’s resources and the sharing of the wealth of natural, artistic and cultural heritage.

Created in October 2020 under the aegis of the Institut de France, the Fondation LAccolade supports research and artistic creation in all its forms and states. It pays particular attention to creations, approaches, projects, and actions that are carried out by artists in connection with the themes of water, the environment, the fragility of life and the feminine. It also aims to value and promote the heritage, that is to say the legacy of women who have had historical or artistic importance.

The Fondation LAccolade develops creative residency programs, including one in Paris in the heart of the Saint-Germain des Prés district and another in California in the deserts of the West. These residencies are organized in the form of seasons with guest artists around a research theme. The first season of residencies takes up the aphorism of the writer Edouard Glissant: “Nothing is true, everything is alive.

She also initiated an art center in Palm Springs, The Elemental. This one, located at the doors of the Western deserts, will develop a program dedicated to artistic expressions and creations related to the living, Land and Earth Art. It will be inaugurated in the fall of 2021.

REI Habitat supports the 2021 edition dedicated to the forest

REI Habitat is an ecological real estate development group, specialized in the construction of collective buildings in wood structure since 2009. By favoring local wood from sustainably managed forests, by renewing the forests through a reforestation strategy, REI Habitat intends to renew the forests as much as the cities. REI Habitat is the first PEFC-certified and wood-labeled developer in France.