VIVANT, a Cultural Season for Biodiversity – Register your action

You can now propose your project via the VIVANT platform, a cultural season for biodiversity launched by COAL, and take part in this collective cultural emulation. Talking about biodiversity through a work of art, an exhibition, performances, projections, workshops… And what if the mobilization for the preservation of biodiversity went through creative and cultural initiatives?

VIVANT is an exceptional cultural event that will take place from March to October 2020 in preparation for the IUCN World Conservation Congress 2020, which will be held in Marseille from June 11 to 19, and in anticipation of the 15th Conference of the Parties (COP) to the Convention on Biological Diversity (China, October 2020), to mobilize public opinion and the public sphere on biodiversity issues.

The next IUCN World Conservation Congress will be held in 2020, for the first time in France, in Marseille. After the Paris Agreements, it is a new decisive step to accelerate French public policies and citizens’ awareness in favor of nature and biodiversity preservation.

In the general context of the sixth extinction of life, where a quarter of the species evaluated are already considered extinct or threatened in France, urgent action is needed by public authorities, civil society and citizens.

VIVANT wants to promote a new culture of nature, engaging nature conservationists, artists and cultural actors under a common banner, to bring about a collective awareness and concrete actions among the general public and political actors.

Through the valorization of existing cultural actions on biodiversity issues in all the territories, activated locally and animated by a common agenda punctuated by high-profile events in Marseille, VIVANT aims to build a project of national scope, with strong repercussions, promoting an inspiring and creative approach to the protection of living beings, while reaffirming the central place of culture in the ecological transition.

Born under the impulse of the Ministry of Ecological and Solidarity Transition, VIVANT is carried by the COAL association, which has been working since 2008 to bring art and ecology together, with the financial support of the European Union, the Ministry of Culture, the French Office of Biodiversity and the François Sommer Foundation, in conjunction with numerous partners including the IUCN, the City of Marseille, the French Nature Reserves, the WWF, the Calanques National Park and the Hunting and Nature Museum. 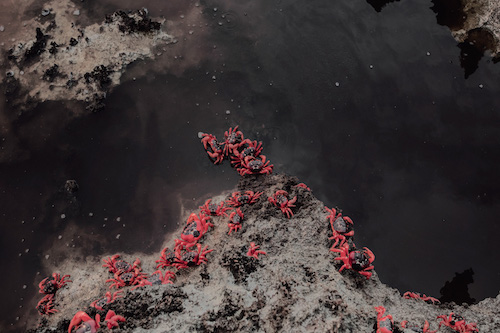 ADD AN EVENT TO THE AGENDA

Help us to spread VIVANT

All initiatives that work to raise public awareness of biodiversity issues and implement concrete solutions can join VIVANT, whether they are led by cultural venues, natural spaces, artists, communities, associations or companies. VIVANT is a platform for change and the emergence of a large-scale cultural movement.

Exhibitions, installations, meetings, performances, screenings, concerts, readings, participatory workshops, competitions or other inspiring approaches on the theme of life will benefit from the visibility and impact of a common agenda and a shared platform.

The VIVANT agenda, which will be online in March 2020, will be the official guide to all cultural events for biodiversity taking place in France and in Marseille on the occasion of the World Conservation Congress. It will benefit from a major media promotion and a reinforced tour in Marseille in June 2020.

COAL will validate the proposed events in agreement with the steering committee, taking into account the artistic value and the relevance of the project for the promotion of biodiversity.

NB: VIVANT does not participate in the financing and production of associated events, which is the sole responsibility of the project leader.

We invite you to use the VIVANT logo on your print and online communication tools, as well as the hashtag #VIVANT2020 on your social networks, to give these events the most exposure possible. Simply download the logos and instructions for use. 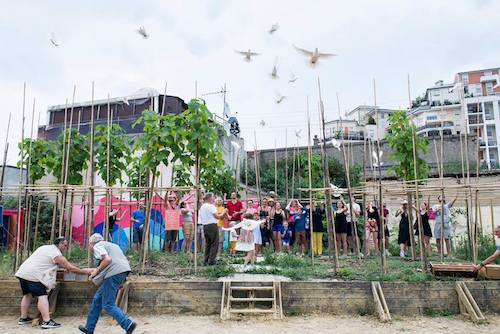 VIVANT2020 is supported by the European Union’s Creative Europe program as part of the network ACT.