interview – Catalogue of the exhibition Green currents, Creating for the environment 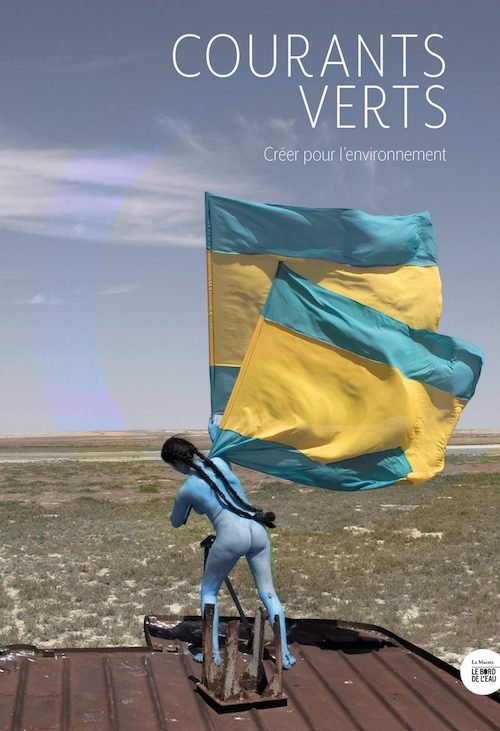 From September 16, 2020 to January 31, 2021, the EDF Group Foundation is presenting Courants verts, Créer pour l’environnement. For the first time in France, a major exhibition that brings together international artists committed to the ecological struggle.

Warning, Acting and Dreaming are the three axes that make up the exhibition’s itinerary under the eye of its curator, Paul Ardenne, art historian and author of the book Un Art écologique. For the catalog, Paul Ardenne interviews Lauranne Germond, co-founder and director of the association COAL.

Joseph Beuys, Barbara and Michael Leisgen, Lucy and Jorge Orta, Sarah Trouche, Nicole Dextras, Jéremy Gobé, Nathan Grimes… all of them are resolutely committed through their installations, photographs, videos or drawings to confront the challenges posed by the Anthropocene: this moment when human activities profoundly disrupt natural processes, imposing new behaviors on humanity, a relationship to the environment, a culture and mentalities that need to be recast.

Without being pessimistic, Green Currents, Creating for the Environment underlines with the works presented the adaptation process that humanity is going through today. The exhibition reminds us that art plays its role in this essential mutation characteristic of the current climate transition by acting on the imaginary and by proposing new narratives.

Paul Ardenne : the notion of “environmental” art is complex. The Anglo-Saxons speak of “Eco Art”, which is not necessarily clear either. How would you define, to cut it short, a “green” art?

Lauranne Germond : It is always delicate to lock art in categories, especially since this “green” art covers a very great diversity, a vast cloud of green practices! The term “ecological” art has the advantage of covering the political and social field, of referring to the complex and systemic thought of ecology rather than to its only environmental dimension, which is rather reductive. One can also question the use of the color green, which tends for example to make forget the blue. That of the atmosphere and the oceans, which represent 90% of the living world…

Therefore, we must gain in precision. A simple definition is excluded?

For my part, I will distinguish three typologies of practices that can define what constitutes “ecological” art today, typologies that often intersect and overlap: witnessing and sharing knowledge; political and symbolic action; and resilience practices.

First typology: the one proper to the artists who testify, who give a face to the Anthropocene, who make perceptible at the same time the extent of the ecological crisis, the hidden pollutions, the distant sufferings, the impoverishment of unsuspected resources, the degradation even the destruction of the ecosystems and their consequences on the populations, the living and the landscapes.

This approach covers a vast range of documentary practices but also, more broadly, a large part of current art and science approaches. Each manifestation of the ecological crisis unveils a new field of scientific knowledge which arouses the fascination of artists and upsets the artistic imagination. Observations, experiments, field work…, the artists appropriate the tools of science to explore, to understand and to share the state of the art in scientific assessment of the ecological crisis.

In return, they shake up the world of rectitude of the laboratories and open up new perspectives in terms of knowledge sharing and ecological awareness.

A multidirectional creation
Second typology, you said, the political and symbolic action.

Yes, art that acts on the systems at the origin of the ecological crisis to denounce them, short-circuit them, transform them. The artistic action, in this case, is more deliberately political. His weapons are the deprogramming of the imaginary by the writing of new narratives, utopian and dystopian, but also by the decolonization of the systems of representation even in the lexical field. To the point of inventing new words to allow us to talk about our feelings in contact with climate change, as the New York artist-activists Heidi Quante and Alicia Escott invite us to do. Let’s mention here, again, the social sculpture.

This one reinvests the field of the collective to give to the citizens the power to change the rules at micro-local scales (Thierry Boutonnier). Also, the interference of legal frameworks (Amy Balkin, Maria Lucia Cruz Correia), with the aim of having rights or environmental crimes recognized through a strong symbolic and collective action. This is political ecology in art. It is built on community ties, sharing, conviviality and symbolism.

Which brings us to your third typology, direct activism.

The third practical field, concerning “green” creation, intends to act directly at the level of ecosystems and the ecological footprint, in a perspective of resilience: art becomes inseparable from the ways of doing and producing. It is based on operating principles such as the economy of means, reuse, the use of materials with low environmental impact, the invention of new materials or the restoration of natural environments (Anne Fischer). It can be a matter of bringing back the natural to the city or, on the contrary, of reactivating the potential of neglected rural spaces. There is an explosion of practices in this area. In fact, there are many third places and ultra-local territory projects led by artists who want to reconcile their convictions, their lifestyles and their creation. The artists then become variously farmers (Olivier Darné), engineers (Jérémy Gobé), herbalists (Suzanne Husky), shepherds (Fernando Garcia Dory), and even sometimes spider or wolf (Boris Nordmann). This art form is closely linked to nature, de facto. Until renewing even the definition of the art… Yes. Even if these examples of “naturist” art remind precisely that this way of reconnection to the nature, for our culture which is so far from it, is not made so simply. Ecological art also gives rise to all sorts of attempts to reconstruct an intimate link with the living: to dialogue with non-human species (interspecism), to revive lost states of consciousness through spiritual, ritual or shamanic practices. There too, it is a whole field of contemporary art that is involved.